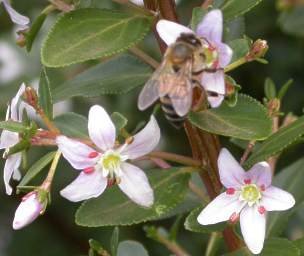 Agathosma is a genus of about 140 species of flowering plants in the family Rutaceae, native to the southern part of Africa.

Synonymous names for the genus include Barosma, and in most herbal medicine books it is this name that is used.  Many of the species are highly aromatic, and the genus name Agathosma means "good fragrance”.

Common names include Buchu, Boegoe, Bucco, Bookoo and Diosma.  The name Buchu, however, is used for just two herbal species, prized for their fragrance and medicinal use - B. betulina and B. crenulata. According to the 1911 Encyclopedia Britannica there is a third species used for Buchu - B. serratifolia.  Buchu is more correctly the extract from these plants rather than the plants themselves.  All three species are endemic to the Western Cape mountains of South Africa and cultivated on a commercial basis for their essential oils.

Dr Duke’s analysis which we have provided as an observation is of Barosma betulina (P. J. BERGIUS) BARTL. & H. L. WENDL. (Rutaceae) 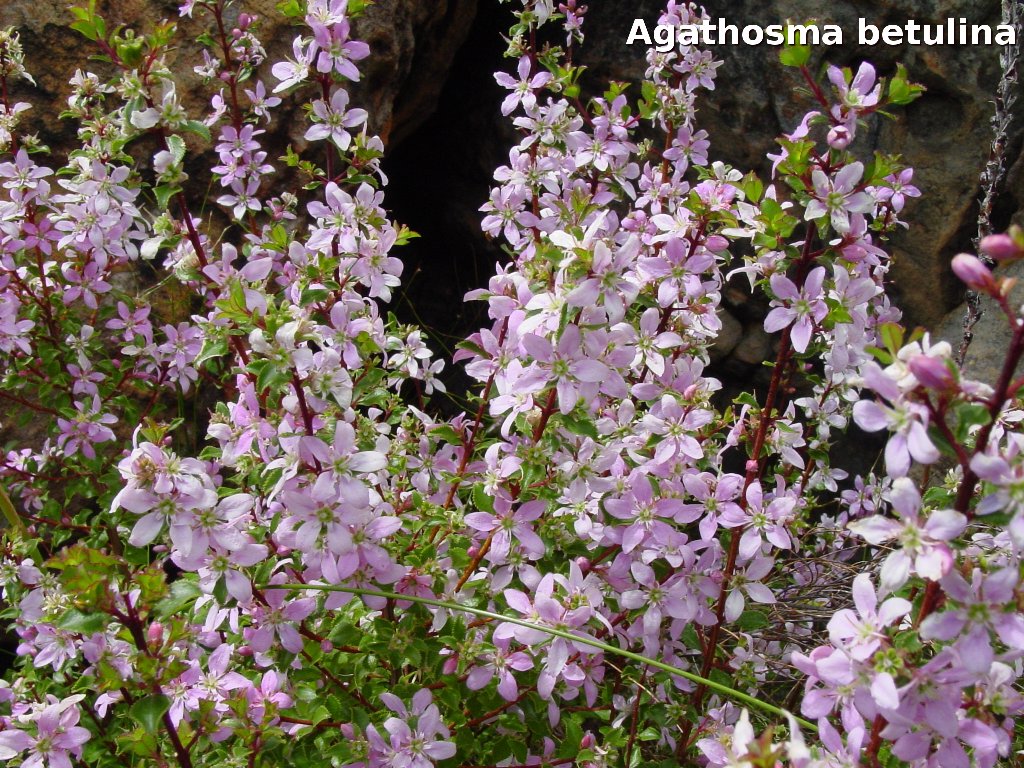 The genus as a whole are small shrubs and subshrubs, mostly with erect woody stems reaching 30–100 cm tall, but low-growing and prostrate in some species.

The leaves are usually opposite, ericoid, often crowded, simple, entire, from 0.5-3.5 cm long. The flowers are produced in terminal clusters, 0.7–2 cm diameter, with five white, pink, red or purple, petals.

BUCHU, or BUKA LEAVES, the produce of several shrubby plants belonging to the genus Barosma (nat. order Rutaceae), natives of the Cape of Good Hope. The principal species, B. crenulata, has leaves of a smooth leathery texture, oblong-ovate in shape, from an inch to an inch and a half in length, with serrulate or crenulate margins, on which as well as on the under side are conspicuous oil-glands. The other species which yield buchu are B. serratifolia, having linear-lanceolate sharply serrulate leaves, and B. betulina, the leaves of which are cuneate-obovate, with denticulate margins. 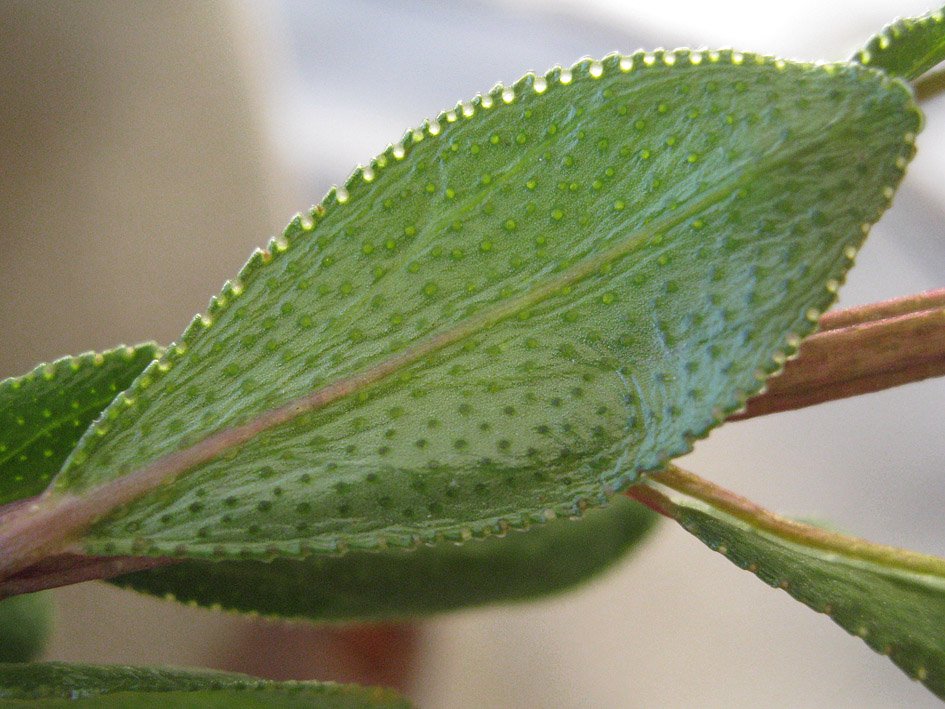 The essential oil is used in the manufacture of flavourings and perfume.

Wikipedia
There appear to be differences in people's perceptions of the smell, possibly determined genetically, rather than by familiarity or nurture. Some people find the smell to be repulsive, while most find it pleasantly herbal. This is not particularly unusual in reaction to the smells of many aromatic Karoo shrubs. 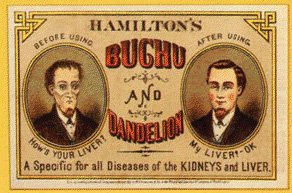 The leaves of Agathosma betulina have traditionally been used as an herbal remedy for ailments of the gastrointestinal and urinary tracts.

Bottled agathosma infusions were widely sold in English-speaking countries as "buchu tea" in the 1860s and 1870s.

Although demand declined in the 1880s, consumption has continued to the present day; as of 2012, bottled infusions continue to be prepared from agathosma leaves. 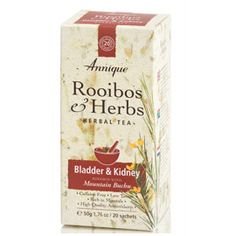 Buchu leaves contain a volatile oil, which is of a dark yellow colour, and deposits a form of camphor on exposure to air, a liquid hydro-carbon being the solvent of the camphor within the oil-glands. There is also present a minute quantity of a bitter principle.
The leaves of a closely allied plant, Empleurum serratulum, are employed as a substitute or adulterant for buchu. As these possess no glands they are a worthless substitute.
The British Pharmacopoeia contains an infusion and tincture of buchu. …... Until the advent of the modern synthetic products buchu was valued in diseases of the urinary tract.

The observations provide details of the current research and analysis of the chemicals in Buchu.  It is worth adding that treatment of urinary tract disease has not proved to be a successful area with modern pharmaceuticals, as such there is renewed interest in products like Buchu as research scientists look for a safer option.

As you will be able to see from the observations, however, buchu potentially has more application than just in urinary tract infections.