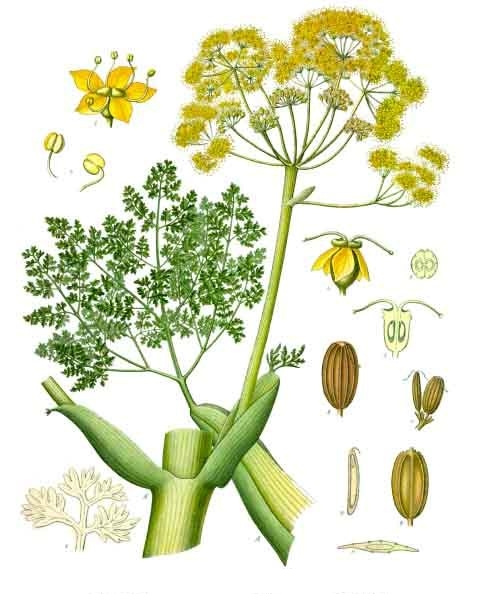 Galbanum is an aromatic gum resin and a product of certain umbelliferous Persian plant species in the genus Ferula, chiefly Ferula gummosa (synonym F. galbaniflua) and Ferula rubricaulis. Galbanum-yielding plants grow plentifully on the slopes of the mountain ranges of northern Iran.

GALBANUM (Heb. Helbenāh; Gr. χαλβάνη), a gum-resin, the product of Ferula galbaniflua, indigenous to Persia, and perhaps also of other umbelliferous plants.

It occurs usually in hard or soft, irregular, more or less translucent and shining lumps, or occasionally in separate tears, of a light-brown, yellowish or greenish-yellow colour, and has a disagreeable, bitter taste, a peculiar, somewhat musky odour, and specific gravity of 1.212.

It contains about 8% of terpene; about 65% of a resin which contains sulphur; about 20% of gum; and a very small quantity of the colourless crystalline substance umbelliferone, C9H6O3.

Galbanum is one of the oldest of drugs. In Exodus xxx. 34 it is mentioned as a sweet spice, to be used in making of a perfume for the tabernacle. Hippocrates employed it in medicine, and Pliny (Nat. Hist. xxiv. 13) ascribes to it extraordinary curative powers, concluding his account of it with the assertion that “the very touch of it mixed with oil of spondylium is sufficient to kill a serpent.” The drug is occasionally given in modern medicine, in doses of from five to fifteen grains. It has the actions common to substances containing a resin and a volatile oil. 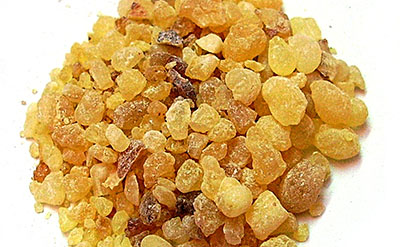 Galbanum was highly treasured as a sacred substance by the ancient Egyptians. The “green” incense of Egyptian antiquity is believed to have been galbanum.

In 1898, J.V. Shoemaker recommended an ‘Antiseptic poultice for ulcers’ which had as its ingredients : Myrrh (Commiphora myrrha); asafoetida (Ferula assafoetida L.); and galbanum (Ferula gummosa Boiss). A few years later (1910) a ‘Manual of Therapeutics’ was published by Parke, Davis and Co., a U.S. pharmaceutical firm, listing their products, which included the same remedy for ‘unhealthy ulcers.’ 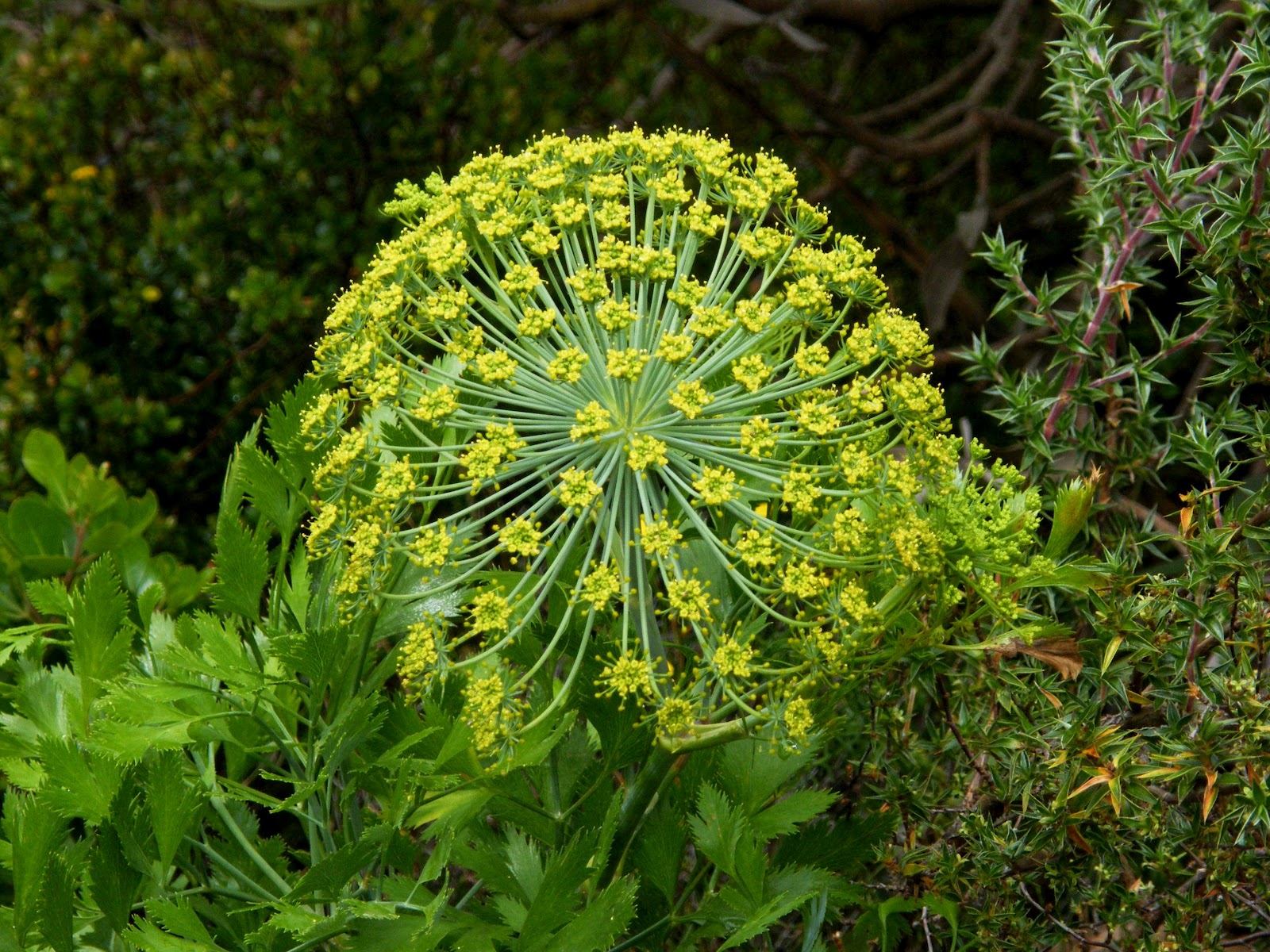 In the Book of Exodus 30:34, it is mentioned as being used in the making of a Ketoret which is used when referring to the consecrated incense described in the Hebrew Bible and Talmud. It is also referred to as the HaKetoret (the incense). It was offered on the specialized incense altar in the time when the Tabernacle was located in the First and Second Jerusalem Temples. The ketoret was an important component of the Temple service in Jerusalem.

34 Then the Lord said to Moses, “Take fragrant spices—gum resin, onycha and galbanum—and pure frankincense, all in equal amounts, …………………

Galbanum resin has a very intense green scent accompanied by a turpentine odour. The initial notes are a very bitter, acrid, and peculiar scent followed by a complex green, spicy, woody, balsamlike fragrance. When diluted the scent of galbanum has variously been described as reminiscent of pine (due to the pinene and limonene content), evergreen, green bamboo, parsley, green apples, musk, or simply intense green.

It is occasionally used in the making of modern perfume, and is the ingredient which gives the distinctive smell to the fragrances "Must" by Cartier, "Vent Vert" by Balmain, "Chanel No. 19" and "Vol De Nuit" by Guerlain. The debut of Galbanum in fine modern perfumery is generally thought to be the origin of the "Green" family of scents, exemplified by the scent "Vent Vert" first launched by Balmain in 1945.