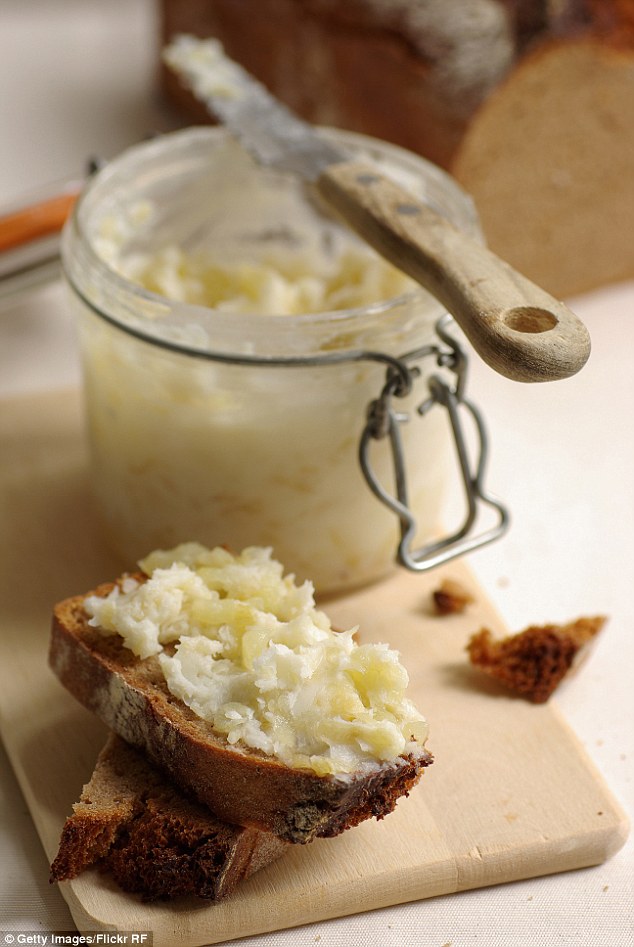 Dripping is an animal fat produced from the fatty parts of animals and birds such as geese, chickens, turkeys, beef, pigs, sheep, and so on when they are cooked.

Dripping can be used for cooking, and spread on toast with Marmite or vegemite.  Traditionally fish and chips were fried in beef dripping, and roast potatoes were cooked in dripping. 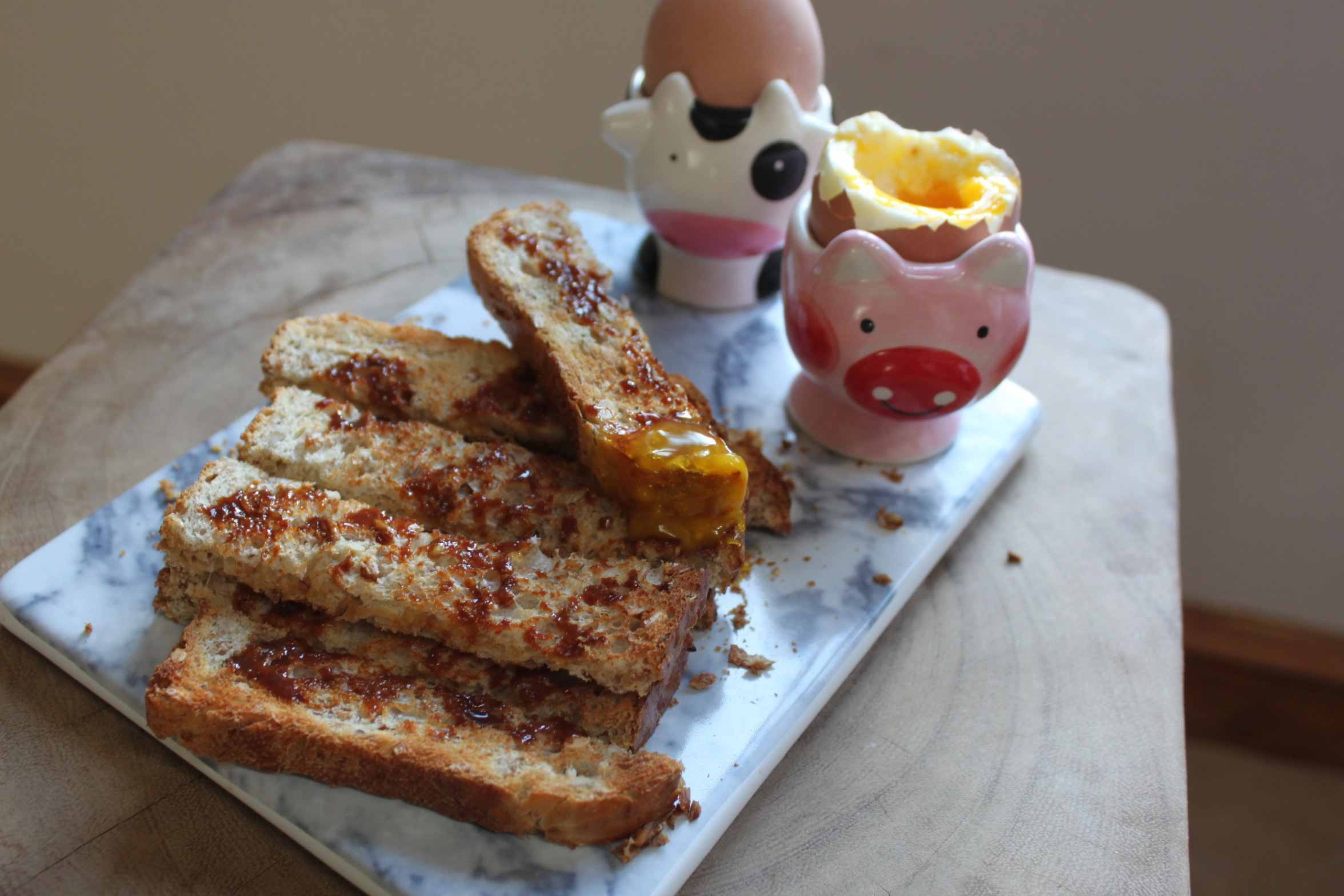 It was and still is especially popular in British cuisine, significantly so in the Midlands and Northern England, as it is extraordinarily tasty.  Towards the end of the 20th century dripping fell out of favour due to the rather ill-founded belief that it was 'bad for you' whereas the processed transfat margarines and cooking fats [we were told] were 'healthy'.  As it has now been proven scientifically that transfats and processed oils cause cancer, plus a host of other illnesses and diseases, dripping has come back into favour - with some justification as our observation from Dr. Natasha Campbell-McBride shows. 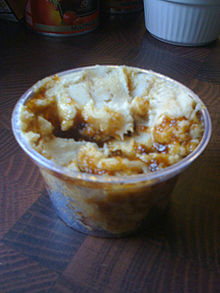 James Martin says it’s the secret of his rich and moist fruit cake. Mary Berry uses it in her classic lasagne. Heston Blumenthal swears by it for ‘perfect’ roast potatoes. And Rick Stein fries his fish and chips in it at his restaurant in Padstow.

So what is this wonder ingredient? No, not some fancy foreign oil but plain old beef dripping.

This wartime staple is returning to British tables thanks to new research that suggests fat is an essential part of our diet and that we should be consuming it instead of refined carbohydrates and sugar.  The many endorsements by culinary experts are helping, too. This year, gourmet butcher James Whelan won a prestigious Great Taste Award — described as the Oscars of the food world — for the dripping he makes from Angus and Hereford beef, beating more than 10,000 recipes for other far more exotic dishes.  Since then, Waitrose has seen its Aberdeen Angus dripping (99p for 200g) fly off the shelves. 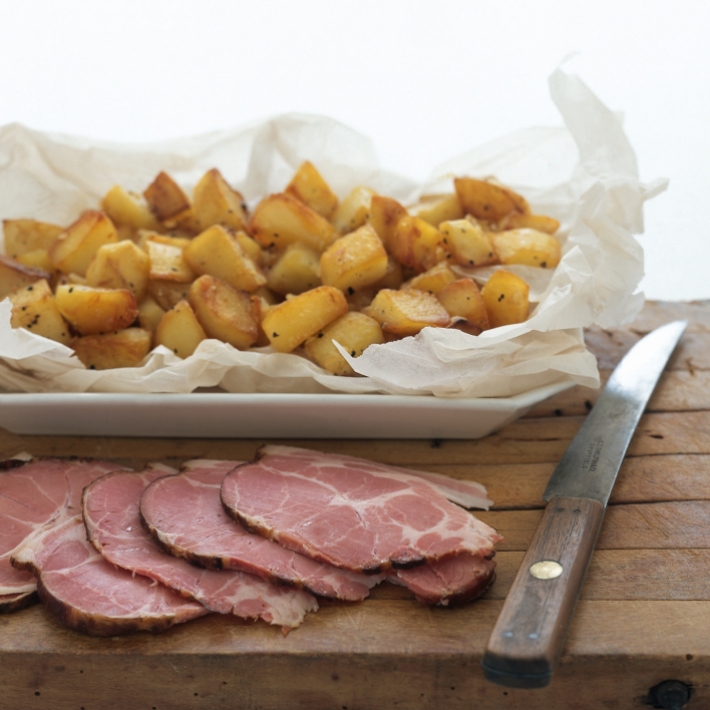 I remember eating dripping in my grandmother’s kitchen in Birmingham in the Sixties. Back then, it was a treat for us children. Before that, in the Forties and Fifties, it was a staple of school lunches.  But the diet and fat-conscious Seventies and Eighties saw dripping and other fats fall out of favour .  Modern research, however, is recognising fat as an essential part of our diet — needed to protect organs and aid the absorption of vitamins. And according to many scientists, we are probably better consuming animal fats like butter and dripping.

The dripping typically sold in supermarkets contains 23 per cent monounsaturates — the kind of fat in olive and rapeseed oils — and 62 per cent polyunsaturates, found in ‘healthy’ sunflower and soya oils. And it has none of the ‘trans’ fats known to increase cholesterol levels. Crucially, it contains no sugar or additives either, unlike other spreads such as jam and peanut butter. Fashionable restaurants such as the Quality Chop House in London are making their own dripping by slowly rendering down beef fat, then refining it to a creamy white texture before serving.

Dripping is also being used in the more distinguished gastro pubs — for cooking Yorkshire puddings and enriching the flavour of toad in the hole.  And at James Martin’s restaurant in The Talbot Hotel, North Yorkshire, you can even get a dessert of panna cotta with roasted rhubarb and dripping cake.  Also making a comeback are lard — pork fat — and suet (the fat surrounding the kidneys and loins of cows and sheep).

Lard was once such a key part of our diet that the very place we store our food — the larder — was named after it. Among its fans is Delia Smith, who makes delightful Canadian buttermilk pancakes with lard, served with maple syrup.  Meanwhile, suet is part of the gourmet sausage revival, being added with the rest of the meat before binding. 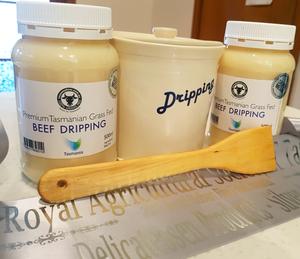 Pork or beef dripping can be served cold, spread on bread and sprinkled with salt and pepper (bread and dripping). If the flavourful brown sediment and stock from the roast has settled to the bottom of the dripping and coloured it brown, then in parts of Yorkshire it is known colloquially as a "mucky fat" sandwich.