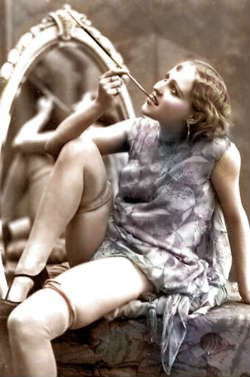 The pictures I have chosen for this section have nothing to do with Iodide imbalance.  This is my choice, I am quirky that way.

I decided I was fed up with seeing poorly people and wanted a change.

Iodide is an essential trace element in the human body. It is very important for the proper functioning of the thyroid gland. The thyroid gland in the neck secretes a hormone called thyroxine, of which iodine is an important element. 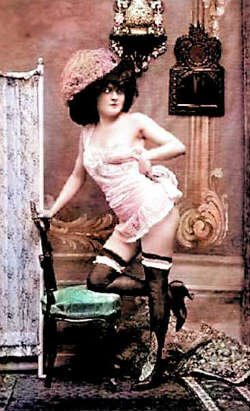 The principal problem at the moment with Iodide is Iodide deficiency, but with the increasing use of supplements, Iodide overdose may also soon rear its head. It has also been caused by salt supplementation.

Goitre - Iodine deficiency resulting in goiter was said to have affected 187 million people globally as of 2010 (2.7% of the population). It is particularly common in the Western Pacific, South-East Asia and Africa. Other nations affected by iodine deficiency include China, Kazakhstan and Russia.

A low amount of thyroxine (one of the two thyroid hormones) in the blood, due to lack of dietary iodine to make it, gives rise to high levels of thyroid stimulating hormone (TSH), which stimulates the thyroid gland to increase many biochemical processes.

The cellular growth and proliferation can result in the characteristic swelling or hyperplasia of the thyroid gland, or goiter.

“In mild iodine deficiency, levels of triiodiothyronine (T3) may be elevated in the presence of low levels of levothyroxine, as the body converts more of the levothyroxine to triiodothyronine as a compensation. Some such patients may have a goiter, without an elevated TSH".

Other - Other possible health effects being investigated as being related to deficiency include:

Hyperthyroidism - After iodine fortification programs (e.g., iodized salt) had been implemented, some cases of iodine-induced hyperthyroidism were observed (so-called Jod-Basedow phenomenon). The condition seemed to occur mainly in people over forty, and the risk appeared higher when iodine deficiency had been severe and the initial rise in iodine intake high.

Poisoning - Elemental iodine (I2) is toxic if taken orally. The lethal dose for an adult human is 30 mg/kg, which is about 2.1–2.4 grams. Excess iodine can be more cytotoxic in the presence of selenium deficiency. Iodine supplementation in selenium-deficient populations is, in theory, problematic, partly for this reason. Its toxicity derives from its oxidizing properties, which make it able to denaturate proteins (including enzymes).

The cause of deficiency is not enough Iodide in the diet - Nutritional deprivation.

Iodide deficiency can be treated by eating foods with iodide in them - see Iodide for a list, failing this iodine supplementation can be used.  If goiter is left untreated for more than five years, the thyroid can be permanently damaged.