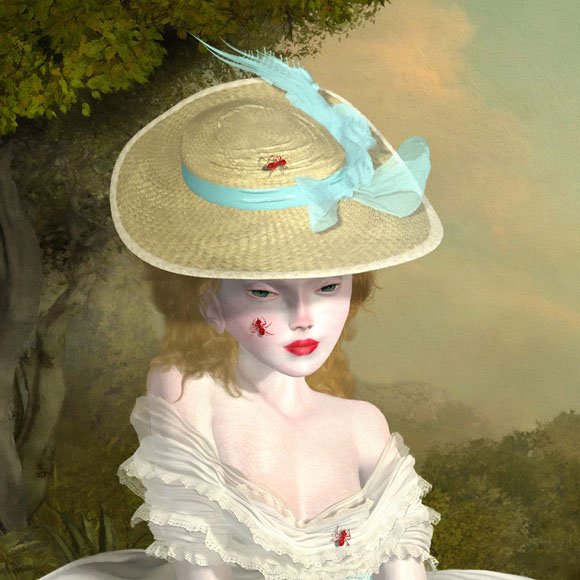 Human papillomavirus (HPV) is a member of the papillomavirus family of viruses that is capable of infecting humans.  Some strains of HPV cause cancer.  If we take just one example of a cancer it can cause - cervical cancer - there were 11,000 cases and 3,900 deaths in the U.S. in 2008. Cervical cancer has substantial mortality in resource-poor areas; worldwide, there were an estimated 490,000 cases and 270,000 deaths in that year.

In the US HPV is replacing smoking as the main cause of oral cancer.  It may turn out to be one of the main causes of all forms of cancer. HPV is estimated to be the most common sexually transmitted infection in the United States. "Most sexually active men and women will probably acquire genital HPV infection at some point in their lives".

Worldwide in 2002, an estimated 561,200 new cancer cases (5.2% of all new cancers) were attributable to HPV, making HPV one of the most important infectious causes of cancer. 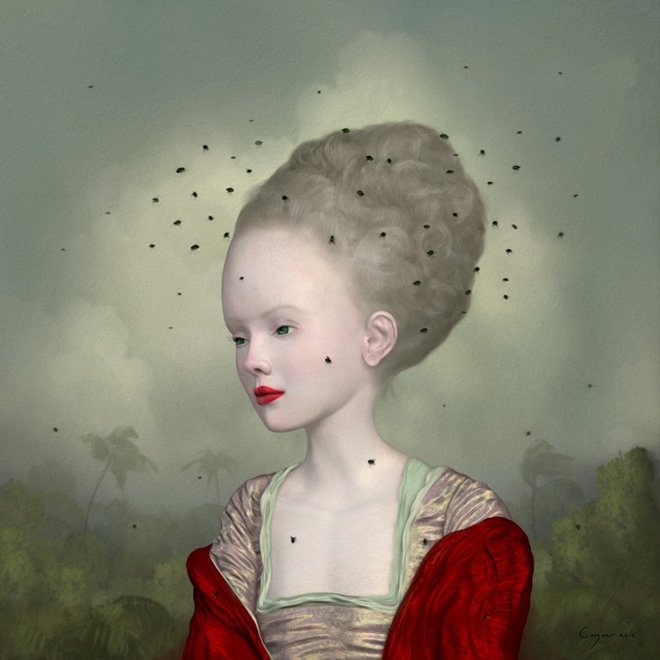 Like all papillomaviruses, HPVs 'establish productive infections in keratinocytes of the skin and mucous membranes'. In general there is no pain and many of the nearly 200 known types of HPV cause no visible symptoms.  This makes the HPV a particularly nasty virus, as it can have spread and developed quite significantly before it is detected.

Some types can cause warts (verrucae), which provide visible evidence that you have been infected.  But many of the strains of HPV that cause warts also [apparently]  do no serious damage [as far as scientists are aware at the moment].  Given that HPV is a virus and that viruses are generally fairly destructive, time will tell whether these are as harmless as they are classified. 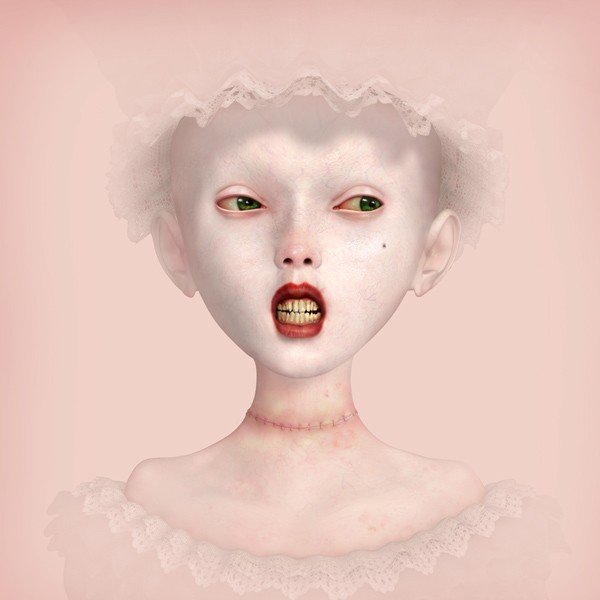 The role of human papillomavirus (HPV) in colorectal cancer has been widely studied with conflicting results.

We performed a systematic review and a meta-analysis to estimate the prevalence of HPV in colorectal adenocarcinomas and adenomas, and test the potential association.

CONCLUSIONS:   HPV may be associated with a subset of colorectal cancers  PMID:  24560489

High-risk human papillomaviruses (HPV) are the causative agent of several cancers. In this study, we determined the prevalence and genotype distribution of HPV infection among Iranian patients with cervix lesions (CL) and breast cancer (BC). …Infection with HPV was prevalent among Iranian women with CC and BC. The results indicate a likely causal role for high-risk HPV in CC and BC…PMID:  24328743 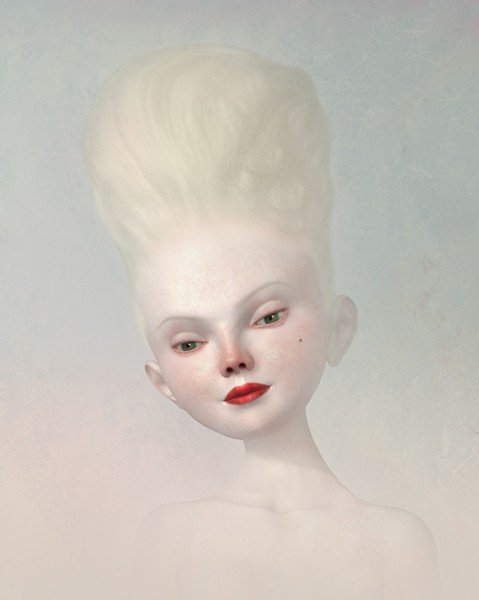 Human papillomavirus (HPV) is the etiologic risk factor for cervical cancer. Some studies have suggested an association with a subset of lung tumors, but the etiologic link has not been firmly established.

We performed an international pooled analysis of cross-sectional studies (27 datasets, n = 3,249 patients) to evaluate HPV DNA prevalence in lung cancer and to investigate viral presence according to clinical and demographic characteristics…..

Our findings confirm that HPV DNA is present in a small fraction of lung tumours, with large geographic variations. PMID:  24523449

The relationship between HPV and nonmelanoma skin cancer (NMSC) is important clinically, because NMSC is the most common form of malignancy among fair-skinned populations. HPVs have also been detected in skin tags, lichen sclerosus, seborrheic keratoses, actinic keratoses, epidermal cysts, psoriatic plaques, and plucked hairs, but cutaneous HPV can be found on healthy skin. PMID: 24559558

and head and neck cancer

The incidence of head and neck squamous cell carcinoma (HNSCC) has been gradually increasing over the last three decades. Recent data have now attributed a viral aetiology to a subset of head and neck cancers. Several studies indicate that oral human papillomavirus (HPV) infection is likely to be sexually acquired. The dominance of HPV 16 in HPV+ HNSCC is even greater than that seen in cervical carcinoma of total worldwide cases. PMID: 19828033

The virus can be passed from mother to baby and cause severe respiratory diseases.

The virus also causes atherosclerosis and other blood circulatory diseases, which leads one to realise that this virus travels all over the body, as such it could be responsible for a very large number of diseases of other organs that we have not as yet pinpointed. 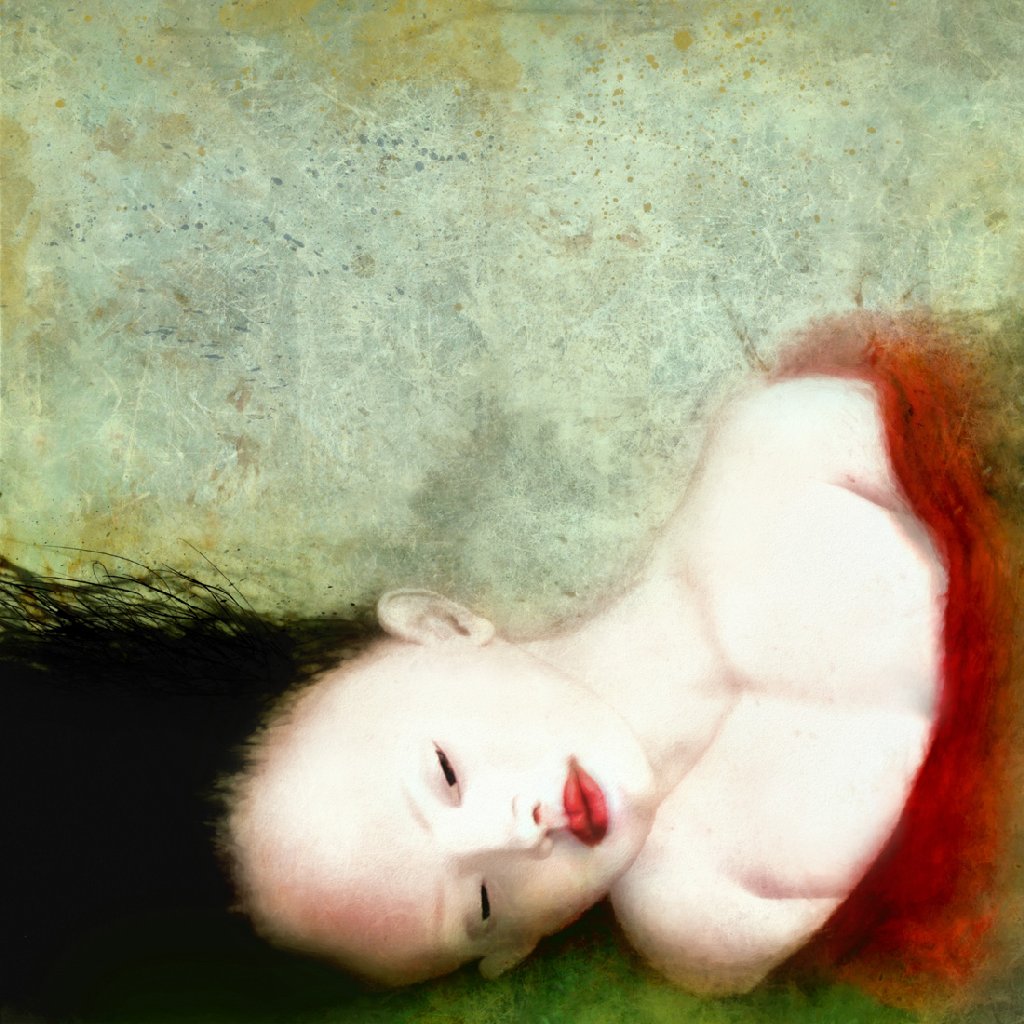 The purpose of this study was to examine the association between human papillomavirus (HPV) and cardiovascular disease (CVD) among U.S. Women.... Oncogenic proteins derived from tumor-associated HPV induce the degradation of tumor suppressor protein p53. Inactivation of p53 is associated with accelerated atherosclerotic process. However, the association between HPV infection with CVD remains unclear....Data were from 2,450 women (age 20 to 59 years) …. CONCLUSIONS: HPV infection, especially cancer-associated oncogenic types, is associated with CVD among women. PMID: 22032713

Like most viruses, it lies low, held back and controlled by our immune system until such time as the immune system is overwhelmed or temporarily suppressed, at which point it spreads and strikes us. 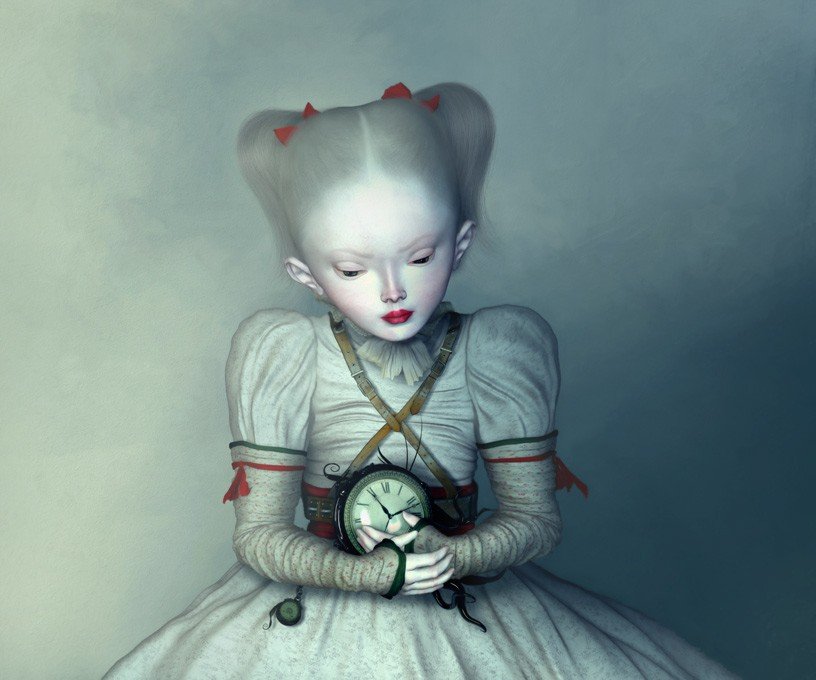 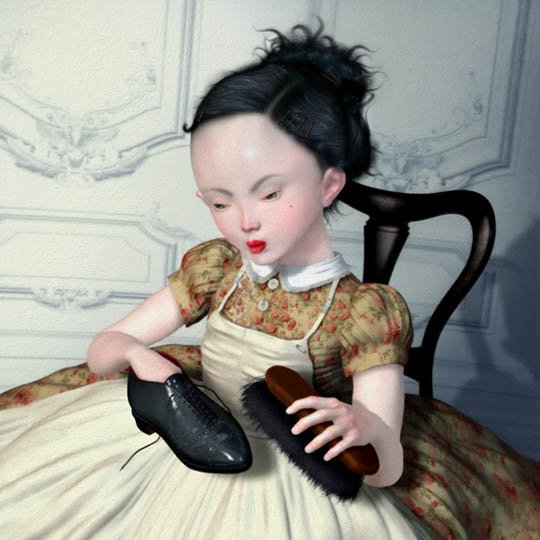 Tests - The only real test currently performed that is preventative is the cervical screening  Papanicolaou (Pap) test or liquid-based cytology for women.  It is used to detect abnormal cells that may develop into cancer. If abnormal cells are found, women are invited to have a colposcopy. During a colposcopic inspection, biopsies can be taken and abnormal areas can be removed, typically with a cauterizing loop or by freezing (cryotherapy). Treating abnormal cells in this way can prevent them from developing into cervical cancer, but it can leave the woman unable to bear children as without a cervix, there is nothing to prevent miscarriages.

Condoms - More than 30 to 40 types of HPV are typically transmitted through sexual contact and infect the anogenital region.  Thus there is the opportunity here for protection and prevention via condoms.  But, condoms do not completely protect from the virus because the areas around the genitals including the inner thigh area are not covered, thus exposing these areas to the infected person’s skin.
The following is an interesting, and not atypical study, that brings up the rather interesting finding that even virgins are not immune from this virus, which should perhaps give us all some food for thought....

Human papillomavirus (HPV) seroprevalence data have not previously been reported for different geographical regions of China. This study investigated the cross-sectional seroprevalence of antibodies to HPV 6, 11, 16, and 18 virus-like particles in Chinese women.
A total of 4,731 women (age range 14-54) were included, of which 4,211 were sexually active women (median age 37) and 520 virgins (median age 18). Low risk HPV 6 was the most common serotype detected (7.3%), followed by HPV 16 (5.6%), HPV 11 (2.9%), and HPV 18 (1.9%).
Overall HPV seroprevalence to any type was significantly higher among sexually active women (15.8%) than virgins (2.5%). Overall seroprevalence among sexually active women gradually increased with age. Women from rural regions had significantly lower overall seroprevalence. With increasing number of sexual partners, women were at higher risk of seropositivity of any type. Wives were at higher risk of seropositivity for HPV when reporting having a husband who had an extramarital sexual relationship PMID:  22715915 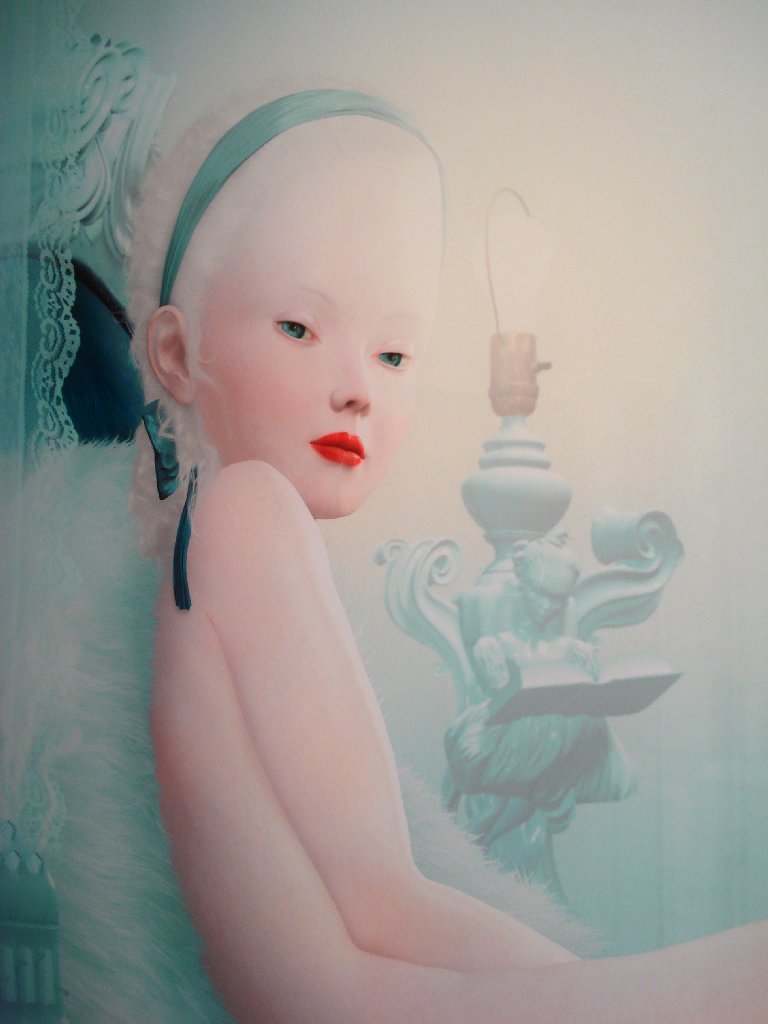 No babies when infected - Some sexually transmitted HPV types may cause genital warts. These can result in babies also becoming infected.  As such there is a preventative step that can be taken in not becoming pregnant if you have genital warts.

Be aware of the carrier problem - As long as the immune system is active and effective, the body is able to at least suppress the virus.  Seventy percent of infections are dormant in 1 year and ninety percent in 2 years. But of course this may of itself be the main problem.  The infection may be spread by those who think they are free of the virus but aren't.
Studies have shown HPV transmission between hands and genitals. In other words foreplay can transmit the disease.

Blood transfusions - be aware that HPV may be acquired from blood transfusions “it remains to be determined whether HPV can or cannot be transmitted via blood. This is of concern, as blood donations are not currently screened for HPV” 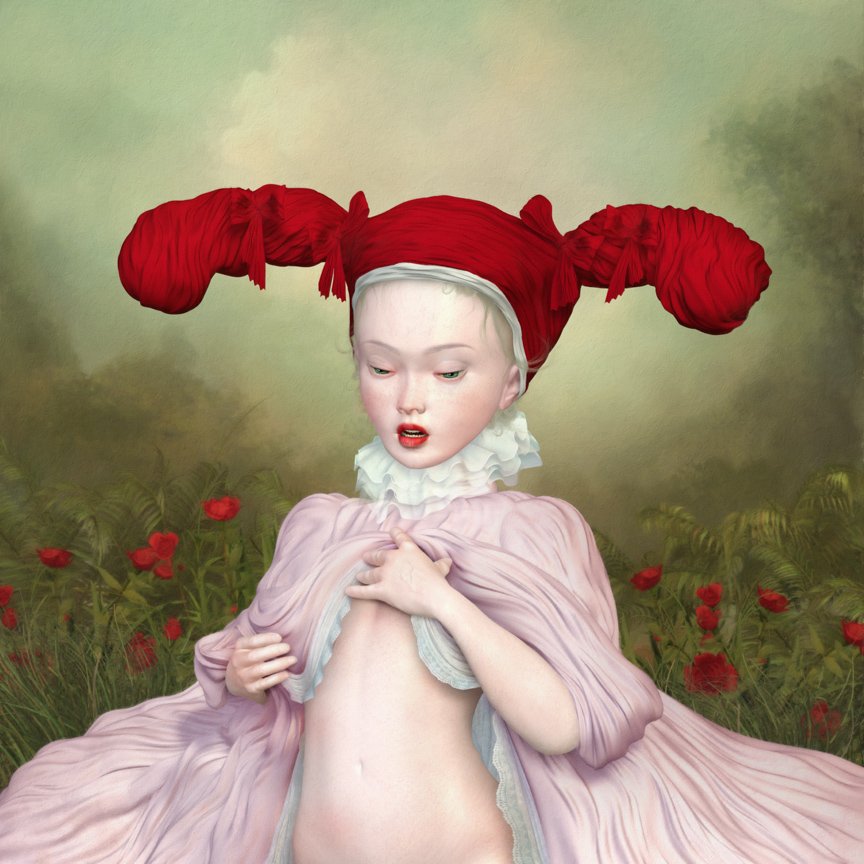 Vaccines - Two vaccines are available to prevent infection by some HPV types: Gardasil, marketed by Merck, and Cervarix, marketed by GlaxoSmithKline. Both protect against initial infection with HPV types 16 and 18, which cause most of the HPV associated cancer cases. Gardasil also protects against HPV types 6 and 11, which cause 90% of genital warts. The vaccines provide 'little benefit' to women having already been infected with HPV types 16 and 18. For this reason, the vaccine is recommended primarily for women and girls 'not yet having been exposed to HPV'.
The Gardasil vaccine also protects men against anal cancers and warts and genital warts.  The current ingredients of the vaccines [2013] are as follows, there is a link provided in the references to get a more up-to-date list.

The  ease of transmission, the number of illnesses caused by this virus and the almost impossible nature of any attempts to eradicate it once you have it, would make it seem that vaccine is a godsend.  But there is a cloud on this horizon of hope.

Gardasil does not contain mercury, thiomersal, live viruses or dead viruses, but virus-like particles, which cannot reproduce in the human body.  As such it is potentially much safer than many vaccines.  Vaccines containing live viruses are putting you at risk from viral induced infection at a later date, as viruses do not die but lie low and can re-emerge.  The main problem with Gardasil is the excipient ingredients.  It is possible that if the adjuvant [which tells the immune system to react] provokes a strong immunological response, the person will develop an intolerance or allergy to the excipient contents - which includes essential amino acids and vitamins.

Cervarix - is administered using a prefilled syringe, the tip cap and the rubber plunger of the needleless prefilled syringes contain dry natural latex rubber.  The adjuvant used for Cervarix appears to be a particulalry strong one as such It is possible that the person will develop an intolerance or allergy to latex and the excipient contents - which includes yeasts, essential amino acids and vitamins.  According to GSK "The vaccine contains no live virus and no DNA, so it cannot infect the patient".

Aluminium - a problem, see the link and its explanation.  Aluminium is used in both vaccines as the adjuvant.

There is no cure.

The only way to keep the diseases it creates on hold is to boost the immune system.  Eating for health, Warmth, Exercising and keeping fit, and the other suppression activities may all help you to do this. 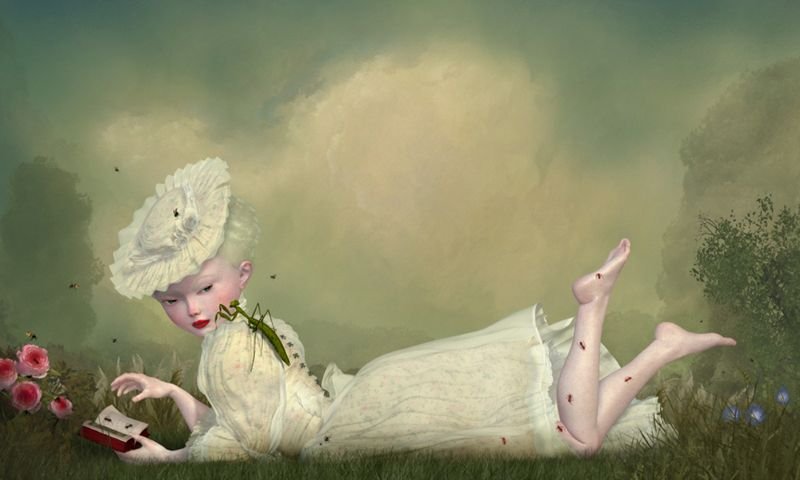 There is no one cause of experiences in this area.  In some cases it is the progression to cancer, in some cases the pain killers that used to be administered.  One observation I found on this was caused simply by shock - the shock of finding out she had this virus. 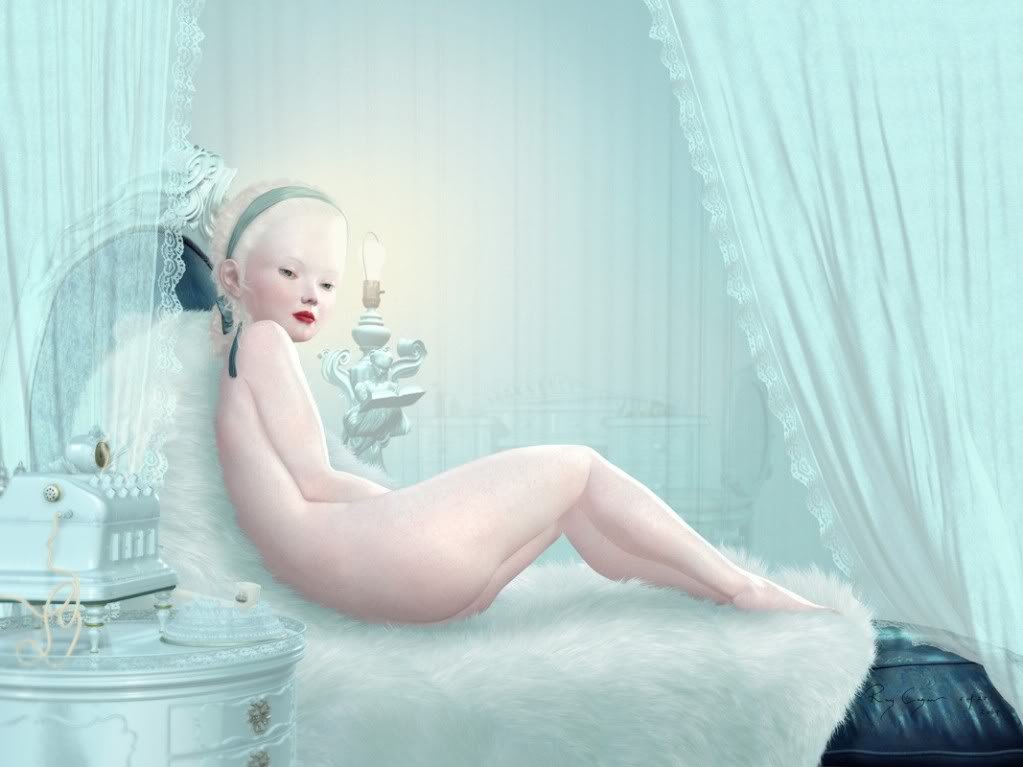 All the paintings on this page are by English/Canadian artist Ray Caesar.  A full biography of him and more examples of his work can be found by following the link.