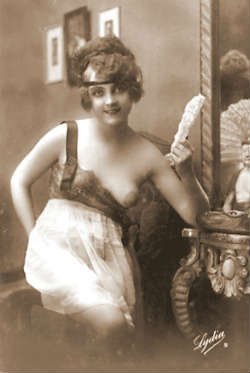 Echinococcosis, often referred to as hydatid disease, hydatidosis, or echinococcal disease, is a parasitic disease of tapeworms in the genus Echinococcus.

It affects both humans and other mammals, such as sheep, dogs, pigs, foxes, kangaroos, rodents and horses, but because we tend to be closer to dogs, it is a disease we are more likely to get from dogs.

It can also affect members of the felid family - cats.

Like many other parasite infections, the course of Echinococcus infection is complex. The worm has a life cycle that requires definitive hosts and intermediate hosts. Definitive hosts are normally carnivores such as cats and dogs, while intermediate hosts are usually herbivores such as sheep and cattle. Humans function as accidental hosts, because they are usually a 'dead end' for the parasitic infection cycle.

And the cysts can cause hallucinations, visions and all sorts of strange experiences. 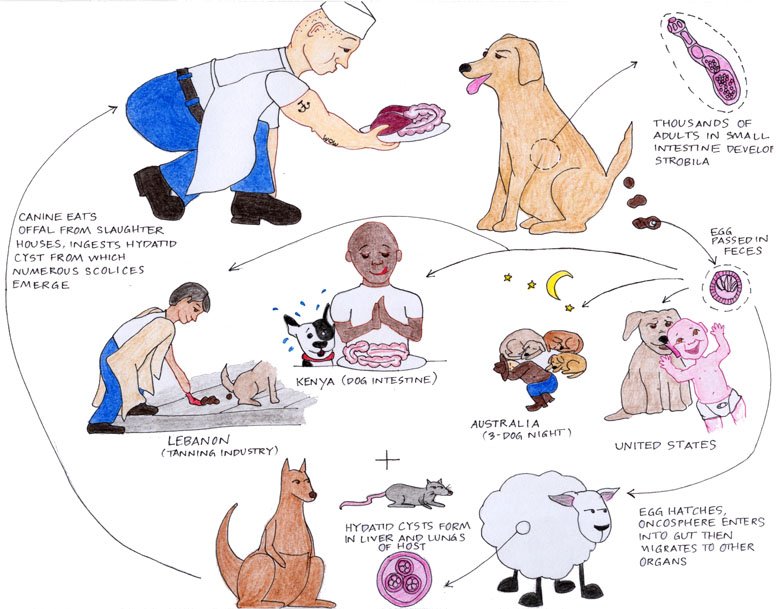 In the human manifestation of the disease, E. granulosus, E. multilocularis, E. oligarthus and E. vogeliare migrate to the liver (in 75% of cases), the lungs (in 5-15% of cases) and other organs in the body such as the spleen, brain, heart and kidneys (in 10-20% of cases). In the patients who are infected with E. granulosus, the disease develops as a slow-growing mass in the body – cysts.

In addition, if the cysts were to rupture while in the body, the person might suffer from anaphylactic shock, high fever, pruritus (itching), and oedema (swelling) of the lips and eyelids

What makes things more complex is that the incubation period for all species of Echinococcus can be months to years or even decades. It largely depends on the location of the cyst in the body and how fast the cyst is growing. Thus you may come down with the disease many years after you have been in contact with the dog or cat. 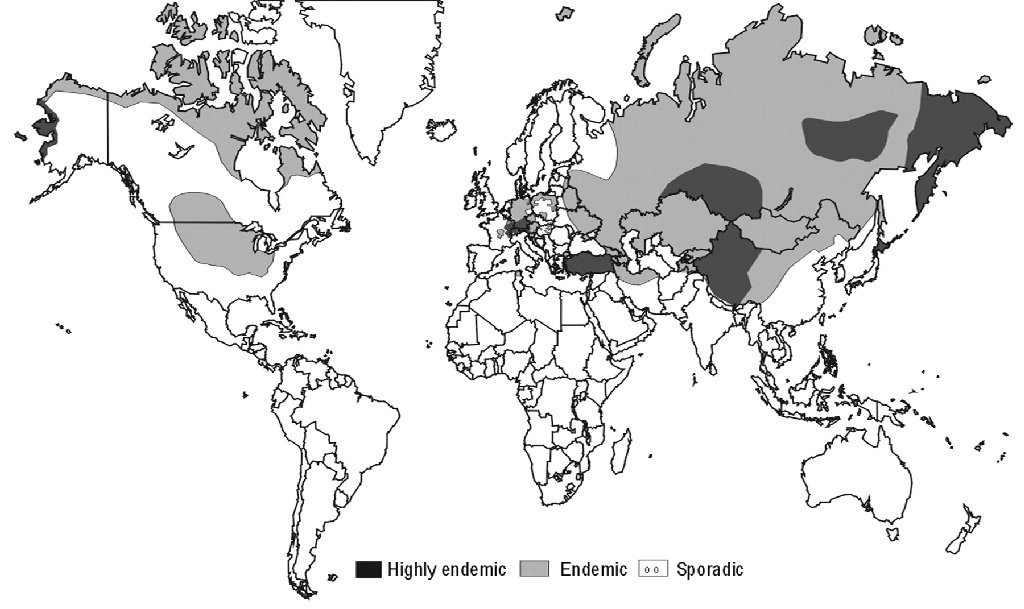 At the moment the principle method of treating this disease is to remove the cysts via surgery, but it is clearly better to prevent it and the main ways of prevention are 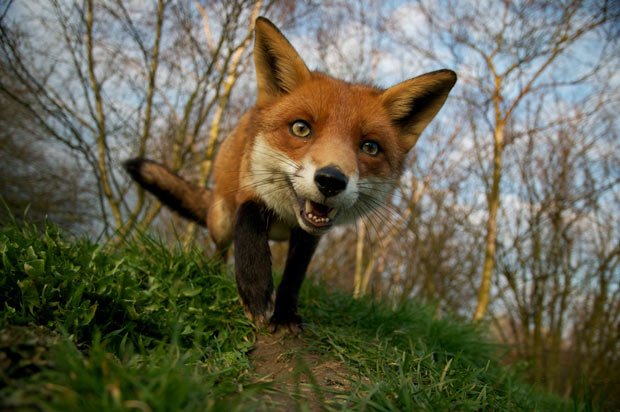 E. multilocularis mainly occurs in the Northern hemisphere, including central Europe and the northern parts of Europe, Asia, and North America. However, its distribution was not always like this. For instance, until the end of the 1980s, E. multilocularis endemic areas in Europe were known to exist only in France, Switzerland, Germany, and Austria.

But during the 1990s and early 2000s, there was a shift in the distribution of E. multilocularis as the infection rate of foxes escalated in certain parts of France and Germany.

As a result, several new endemic areas were found in Switzerland, Germany, and Austria and surrounding countries such as the Netherlands, Belgium, Luxembourg, Poland, the Czech Republic, the Slovak Republic, and Italy. While alveolar echinococcosis is not extremely common, it is believed that in the coming years, it will be an emerging or re-emerging disease in certain countries as a result of E. multilocularis’ ability to spread via its hosts.

It depends of the disease that the parasite causes.  For example it may be caused by brain damage, brain tumour, jaundice, shock, hypoxia, fever and hyperthermia and so on.

See also the section on Parasites.