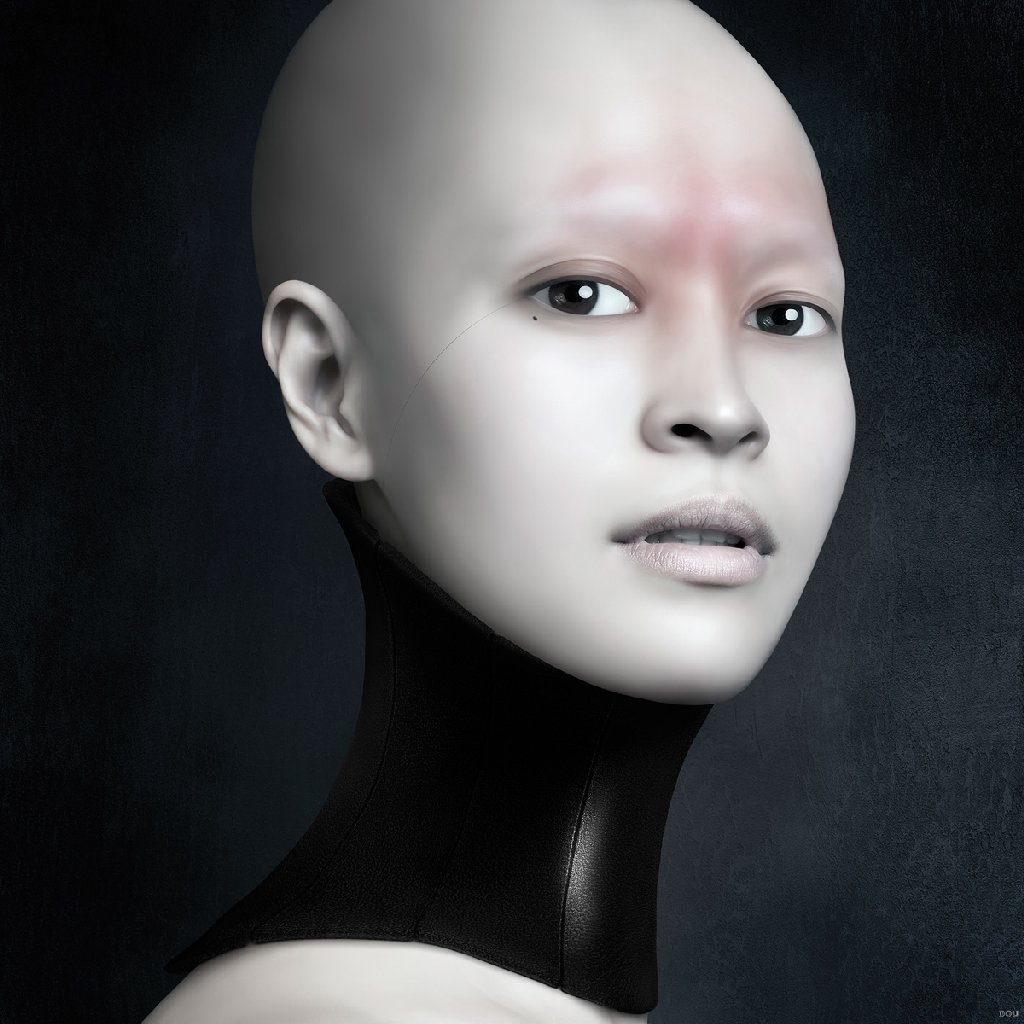 The Epstein–Barr virus (EBV), also called human herpesvirus 4 (HHV-4), is one of the most common viruses in humans.

Most people who become infected with EBV gain adaptive immunity. In the United States, for example, about half of all five-year-old children, and 90 to 95 percent of adults, have evidence of previous infection.

Infants become susceptible to EBV as soon as maternal antibody protection disappears.  Since the disease can be passed via saliva, a mother can easily give her baby EBV if she has the virus.  Many children become infected with EBV, and these infections usually cause no symptoms or are indistinguishable from the other mild, brief illnesses of childhood. When infection with EBV occurs during adolescence, it causes infectious mononucleosis  - glandular fever - 35 to 50 percent of the time. 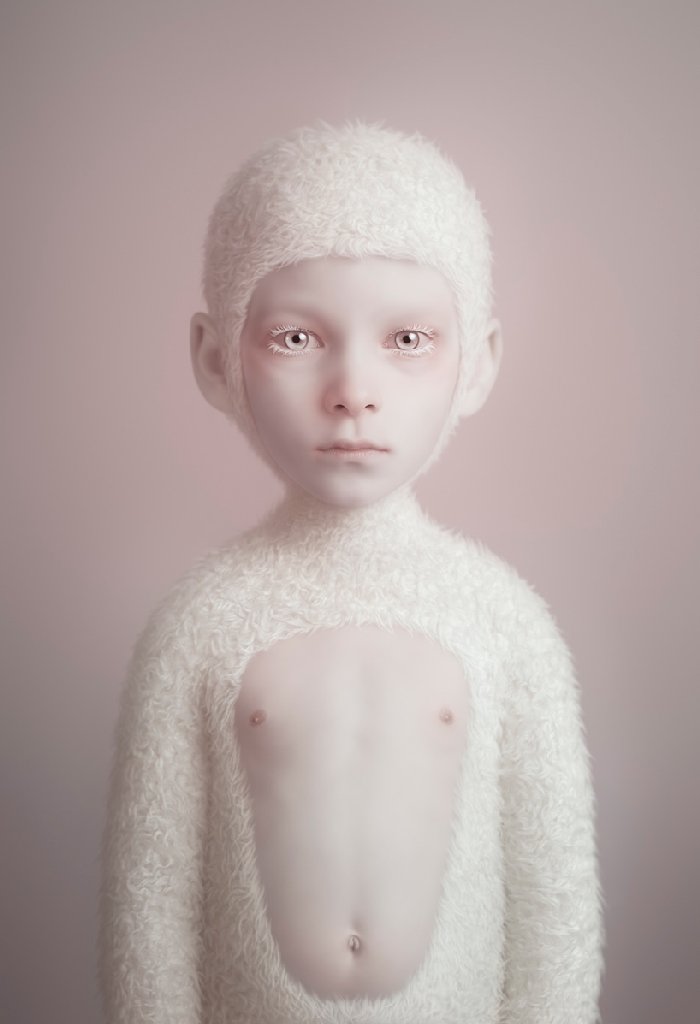 Epstein–Barr virus (EBV) is another member of the herpesvirus family that forms circular DNA molecules that reside in the cell nucleus and rarely integrate into the host genome.

Humans are the natural hosts wherein only two cell types, squamous epithelial cells and B lymphocytes, are known to be infected.

Infection causes mononucleosis and Burkett’s lymphoma. Mononucleosis often produces fatigue and malaise that may persist for months and years.

In the past, it was thought by some investigators to be a major cause of CFS [Chronic fatigue syndrome]. However, presently it is not considered the cause of CFS because it does not meet criteria for Koch’s postulates (i.e., criteria to establish causal relationship between infection and disease). 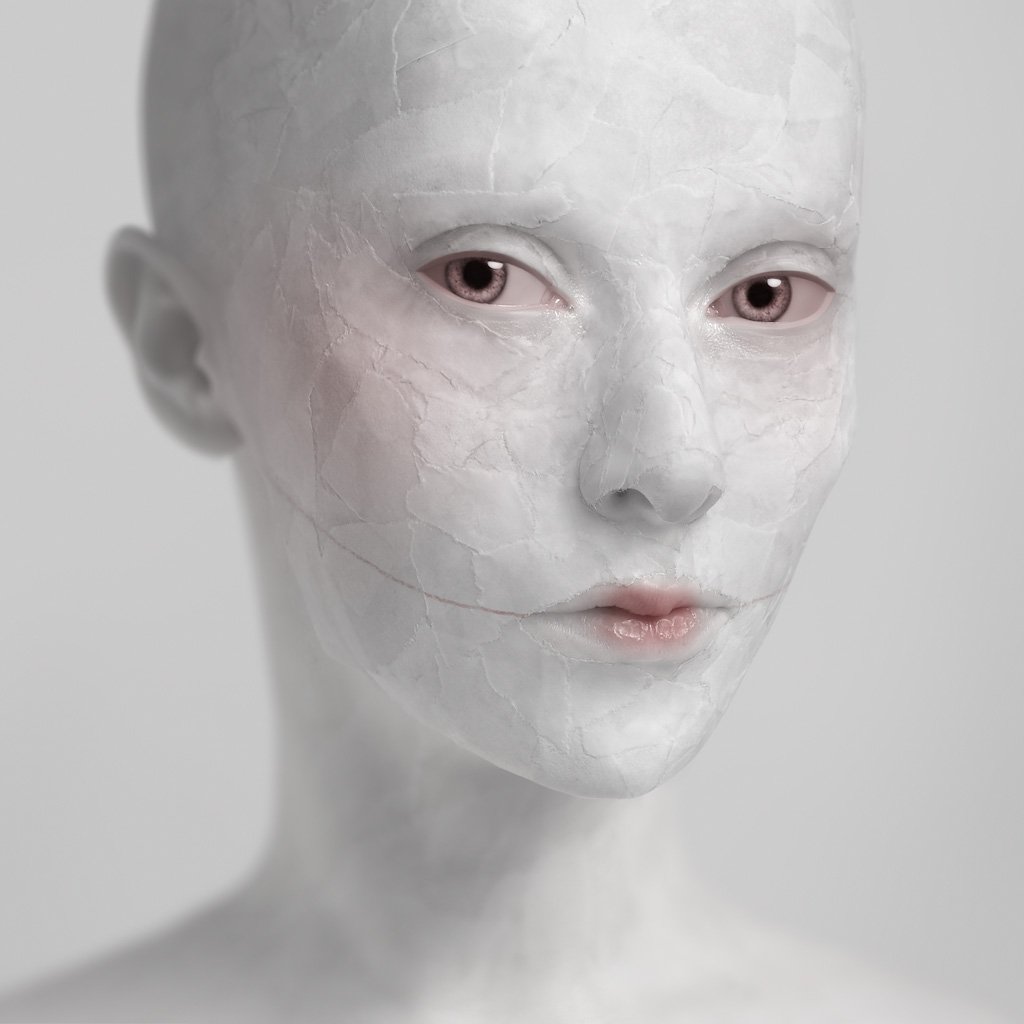 With respect to Hsps [Heat stress proteins] and EBV, Hsp70 is bound by Epstein–Barr nuclear protein antigen-LP, an antigen that is high early in infections.

The protein–protein interaction is observed both in vivo and in vitro. It is possible that the sequestration of Hsp70 impairs the stress response, and therefore contributes to the complex of symptoms associated with this infection. The protein–protein complex also contributes to immortalization of B lymphocytes, which primes the cells to malignant transformation. Thus, the total effect of this viral–Hsp interaction may not just be a loss of the stress response but also promotion of oncogenesis—in this case the development of Burkett’s lymphoma (Kitay and Rowe 1996) [ref PMCID: PMC3468676]

Burkett's lymphoma is cancer.  In effect EBV can, long term cause cancer. 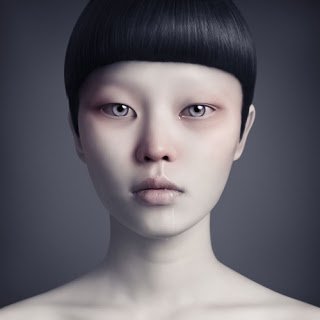 Epstein Barr virus causes the following disease and illnesses, some in the short term and some in the longer term.  The short term illness and the one by which it is known the virus has been acquired is glandular fever. But, the virus never leaves the body, and remains as a 'stealth virus' capable of re-emerging or spreading undetected around the body at time of stress and low immunity.

EBV infects B cells of the immune system and epithelial cells. Once the virus's initial infection is brought under control, EBV latently persists in the individual's B cells for the rest of the individual's life. Under certain cases, it may infect T cells, natural killer cells, and smooth muscle cells.  EBV can latently persist within B cells and epithelial cells, but different latency programs are possible in the two types of cell. 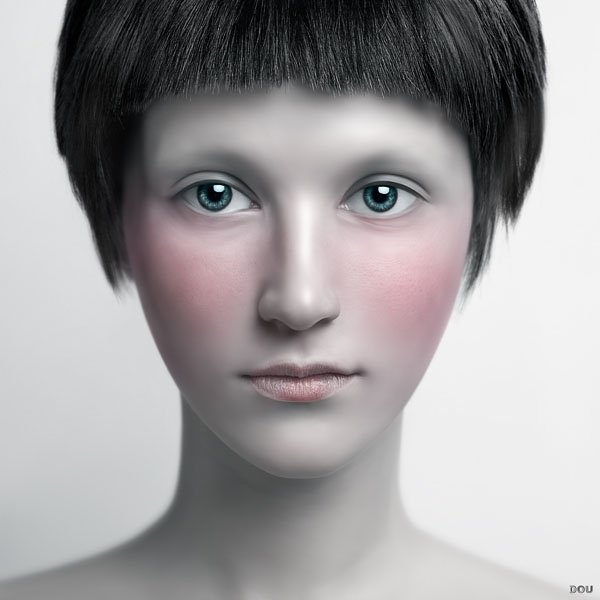 Glandular fever also known as Infectious mononucleosis and sometimes colloquially as the kissing disease from its oral transmission, is most common among adolescents and young adults where the disease is characterized by fever, sore throat and debilitating fatigue.

It is primarily diagnosed by observation of symptoms, but suspicion can be confirmed by several diagnostic tests. It is generally a self-limiting disease, cured by rest, good food and warmth. 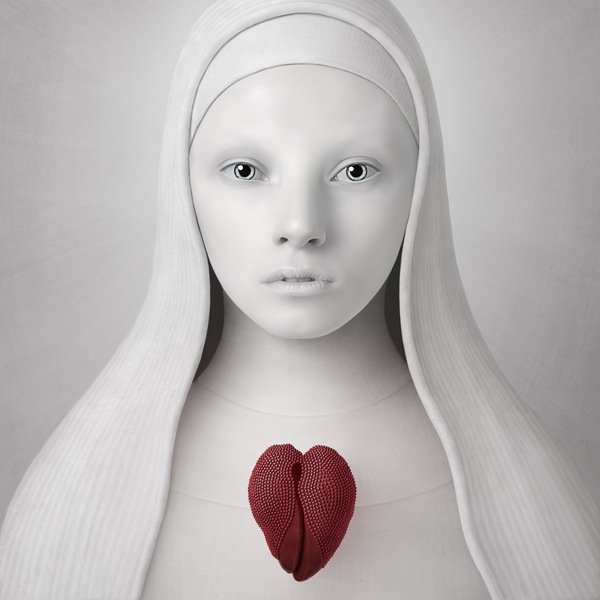 Cancer -Viruses are an established cause of cancer in humans and other species.  Within the Herpesviridae, Kaposi's sarcoma-associated herpesvirus causes Kaposi's sarcoma and body cavity lymphoma, and Epstein–Barr virus is known to cause Burkitt's lymphoma, Hodgkin's lymphoma, B lymphoproliferative disorder, and nasopharyngeal carcinoma.

More cancers may be identified in due course.  Breast cancer and esophageal cancer are two cancers recently linked to EBV. 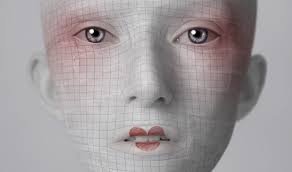 Autoimmune diseases -The viral activity in ‘susceptible hosts’ triggers “multiple host so called autoimmune diseases”, such as systemic lupus erythematosus, rheumatoid arthritis, Sjogren's syndrome, antiphospholipid antibody syndrome, and multiple sclerosis.  EBV is a very virulent virus and is directly associated with MS.  It is known that EBV has the potential to trigger a wide range of autoimmune diseases.

Endocrine system diseases - including diseases such as Addison's disease, are being linked with a number of viruses, not just virulent viruses like HIV, but ones that may not be immediatley obvious such as the Hepatitis C viruses.  Again the EBV virus has also been implicated. 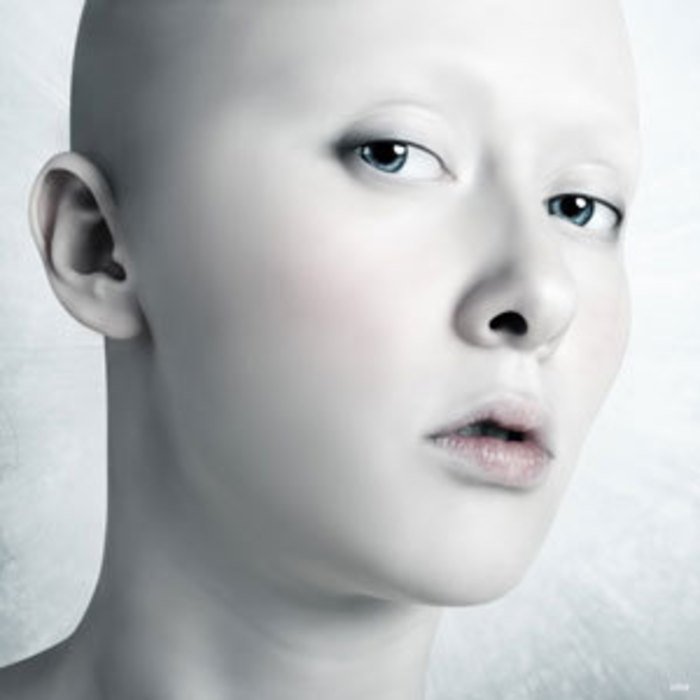 Atherosclerosis - there is some evidence now on Pubmed to support the theory that some heart attacks and strokes are from a blood clot related to vulnerable soft plaque due to an active infection in the arterial wall, often caused by herpes related viruses.

So far the main viruses identified are the cytomegalic virus and chlamydia pneumonia virus, but as EBV is in the herpes family it too may be implicated. 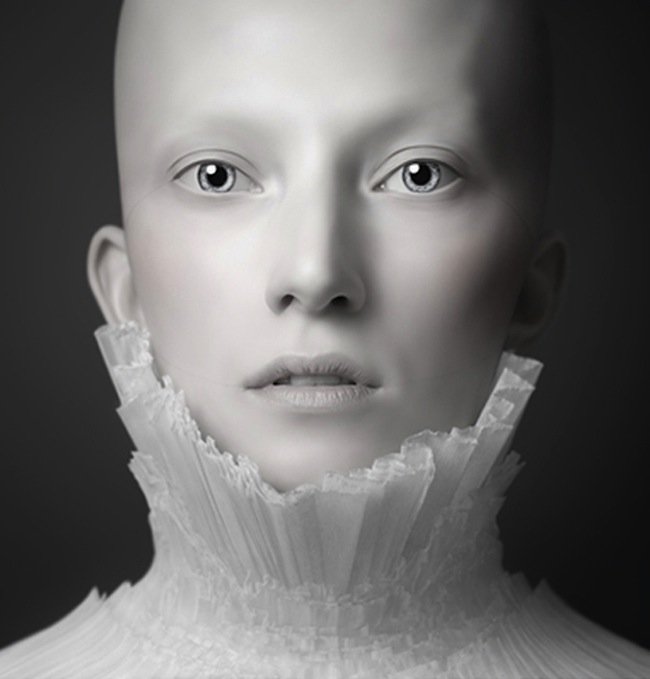 Lung diseases - a recently established link has been made between EBV and various lung diseases, particularly COPD.

The Epstein–Barr virus (EBV), also called human herpesvirus 4 (HHV-4), is a virus of the herpes family.  EBV can be divided into two major types, EBV type 1 and EBV type 2. These two subtypes have different EBNA-3 genes. As a result, the two subtypes differ in their transforming capabilities and reactivation ability. Type 1 is dominant throughout most of the world, but the two types are equally prevalent in Africa. 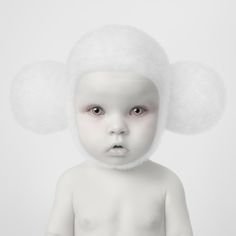 The best way of handling the EBV virus would seem to be via prevention, but unfortunately, infection with EBV occurs by the oral transfer of saliva and genital secretions.

Once caught, as we have seen, the virus remains in the system and the latent programs of the virus reprogram and subvert infected B-lymphocytes to proliferate and bring infected cells to the sites at which the virus persists. Eventually, when host immunity develops, the virus persists by turning off most (or possibly all) of its genes, only occasionally reactivating to produce fresh virions. A balance is eventually struck between occasional viral reactivation and host immune surveillance removing cells that activate viral gene expression.

So in a sense the only means of prevention is to continue to make sure your immune system is aways bolstered and active.

There are three suggested ways provided on this site - Warmth, Healing yourself and Eating for health. 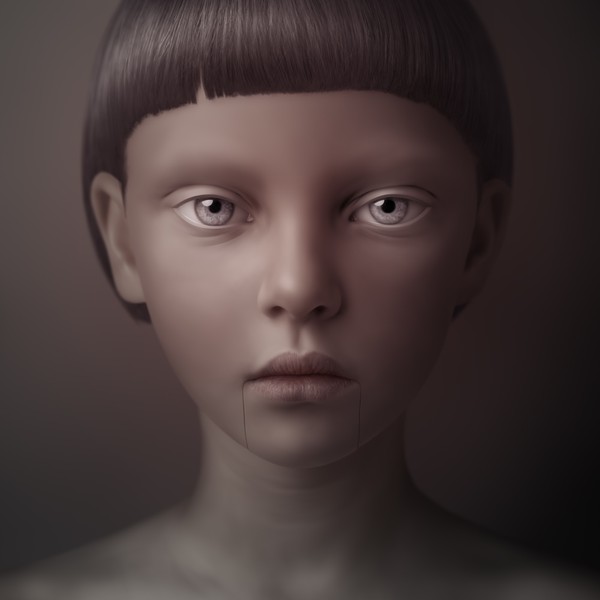 No treatments exist for EBV, you are best to use the three mechanisms listed above.

One site of persistence of EBV may be bone marrow. EBV-positive patients who have had their own bone marrow replaced with bone marrow from an EBV-negative donor are found to be EBV-negative after transplantation.   On the other hand it may indicate a rather key source of healing in the future. 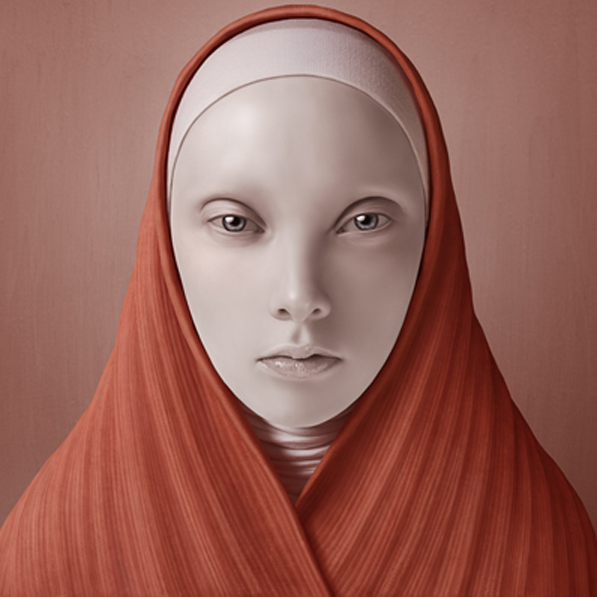 EBV is a cause of untold number of other diseases and illnesses in the long term, as such any spiritual experiences long term are caused by the symptoms of these diseases.

Short term, spiritual experiences are caused by the total exhaustion the virus produces - for more details follow the link. 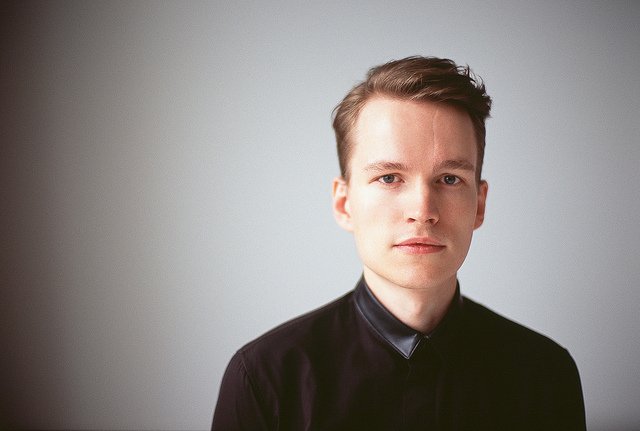 The photos  on this page were all produced by Oleg Dou and chosen for their striking effect.  Oleg was born in 1983 in Moscow and still lives and works there.   He specialises in ‘porcelain’ like photos of faces.
“I am looking for something bordering between the beautiful and the repulsive, living and dead. I want to attain the feeling of presence one can get when walking by a plastic manikin…”
He was born into an artistic family, his mother was a painter and his father was a dress designer and he was surrounded as a youngster by artists and fashion magazines. 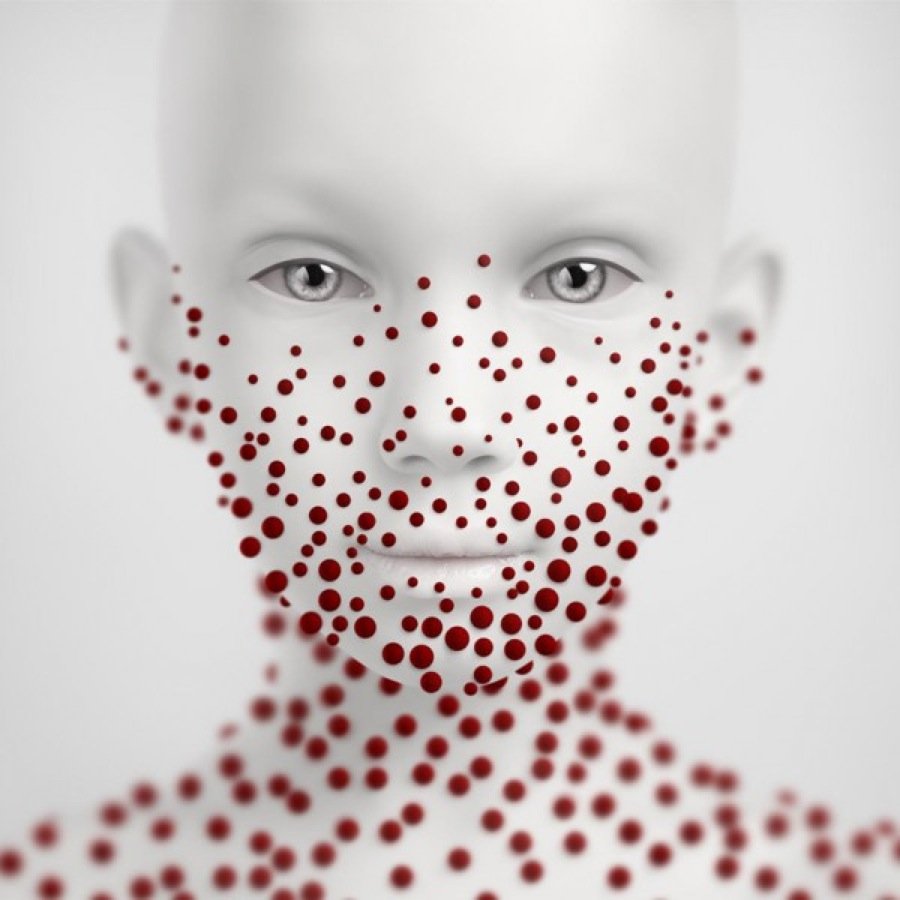 At the age of 13, his parents bought him his first computer with an old version of Photoshop, and he began to transform photos of his school friends or teachers faces.

After studying design, he worked for a while as a web designer, but in 2005, he bought his first professional camera and now works almost exclusively on artworks.

Discovered in 2006 by Liza Fetissova, Oleg Dou is represented today by galleries in France, Belgium, Netherlands, Spain, Russia and the United States.