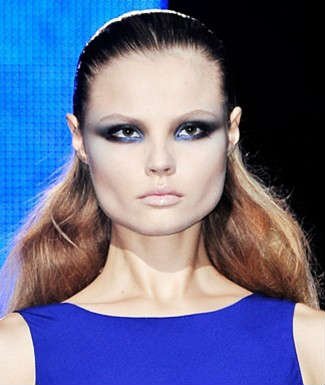 Cobalt is an essential element for life in trace amounts. It is essential to all animals. It is a key constituent of cobalamin, also known as vitamin B12, which is the primary biological reservoir of cobalt as an "ultratrace" element.

It is possible to be both deficient and to overdose, but given the scale with which cobalt is used industrially, by far the biggest problem appears to be overdose. 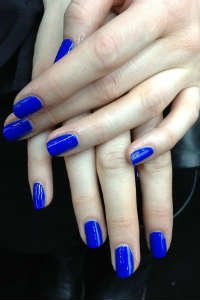 Deficiency – The majority of cases of deficiency appear to derive from problems in the food chain. We have to obtain cobalt from Vitamin B12 by eating the products of animals containing B12. This is explained in more detail in the section on Cobalt.

Bacteria in the guts of ruminant animals convert cobalt salts into vitamin B12, it can only be produced by bacteria or archaea. Cobalt must be present in the soils and have been taken up by the plants on which the animals feed, as they can obtain vitamin B12 in no other way. In the early 20th century during the development for farming of the North Island Volcanic Plateau of New Zealand, for example, cattle suffered from what was termed "bush sickness". It was discovered that the volcanic soils lacked cobalt salts. The ailment was cured in this case, by adding small amounts of cobalt to fertilizers.

In the 1930s "coast disease" of sheep in the Ninety Mile Desert of the Southeast of South Australia was found to be due to nutrient deficiencies of the trace elements cobalt and copper. The cobalt deficiency was overcome by the development of "cobalt bullets", dense pellets of cobalt oxide mixed with clay, which were orally inserted to lodge in the animal's rumen.

Humans obtain vitamin B12 by eating animals containing vitamin B12. If the animals are deficient, we will be deficient. There is an added problem.

Vitamin B12 is found mostly in animals [offal and red meat in particular], fish and shellfish, poultry, milk and dairy products. More details are provided in the section on Vitamin B12. It should be apparent that being a vegetarian or vegan poses some challenges here and Vitamin B12 is an essential vitamin, just as cobalt is an essential trace mineral. 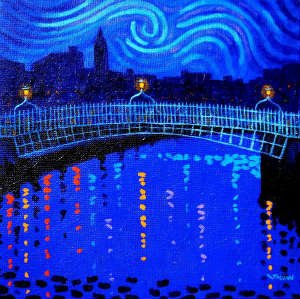 Overdose - According to Wikipedia “The LD50 value [lethal dose – what will kill you] for soluble cobalt salts has been estimated to be between 150 and 500 mg/kg. Thus, for a 100 kg person the LD50 for a single dose would be about 20 grams”. They then go on to say “However, chronic cobalt ingestion has caused serious health problems at doses far less than the lethal dose”.

In 1966, the addition of cobalt compounds to stabilize beer foam in Canada led to a peculiar form of toxin-induced cardiomyopathy, which came to be known as beer drinker's cardiomyopathy.

After nickel and chromium, cobalt is a major cause of contact dermatitis.

At high doses, Cobalt acts like a heavy metal.

We can see from the description above from where deficiency would arise, but the sources of overdose are less obvious. What needs to be realised is just how much cobalt is used. In many cases the exposure levels are high enough to mean the metal is acting as a toxin. The causes of overdose are as follows:

Food chain - the ingestion of excess via the food chain, sheep grazing on polluted land seem particulalry vulnerable, especially when the land is near industrial sites, the plants take up the cobalt and then the sheep eat the plants.  Some plants seem to be better at absorbing heavy metals in general than others, which makes them wonderful cleaners up of pollution, but a hazard to animals in general [and us].

Cobalt is a naturally occurring element found in rocks, soil, water, plants, and animals and has diverse industrial importance. It is cycled in surface environments through many natural processes (e.g. volcanic eruptions, weathering) and can be introduced through numerous anthropogenic activities (e.g. burning of coal or oil, or the production of cobalt alloys). The environmental behaviour of cobalt in terrestrial environment is relatively poorly studied and in particular where Co is used in industrial processes, the baseline information to support wider and long-term environmental impacts is widely dispersed. To support the adoption of new EU regulations on the risk assessment of chemicals, we review here the various aspects of the environmental chemistry, fate and transport of Co across environmental interfaces and discuss the toxicology and potential for bio magnification and food chain accumulation. The soil-to-plant transfer of Co appears to be viable route to expose lower trophic levels to biologically significant concentrations and Co is potentially accumulated in biomass and top soil. Evidence for further accumulation through soil-invertebrate transfer and to higher trophic levels is suggested by some studies but this is obscured by the relatively high variability of published transfer data. This variation is not due to one particular aspect of the transfer of Co in terrestrial environments. Influences are from the variability of geological sources within soil systems; the sensitivity of Co mobility to environmental factors (e.g. pH) and the variety of life strategies for metal elimination/use within biological species. Toxic effects of Co have been suggested for some soil-plant animal studies however, uncertainty in the extrapolation from laboratory to field is a major limitation.  PMID:  18054081

Glazed earthenware - some pottery is able to leach both lead and cobalt when foodstuffs are stored in them for any length of time.  There are cases of severe lead poisoning that result from this [see the entry on lead poisoning], however, cobalt poisoning can also occur

In a case of lead poisoning caused by a Greek jug, high levels of whole blood cobalt were also recorded. Cobalt was probably released from the underglaze dye by juice stored in the jug. The element was rapidly eliminated from the circulation and no signs of cardiotoxicity were observed in the patient. This case illustrates a possibly novel route of alimentary cobalt exposure.  PMID:  21783747

A prospective survey of chemistry set poisoning (CSP) was undertaken using the monthly postal enquiry report system of the British Paediatric Surveillance Unit (BPSU). Fourteen cases were reported, with one fatality and uneventful full recovery in the other 13. The packaging of the chemicals was unsatisfactory in all cases: it was not child resistant and had no proper closures. Risk factors were lack of supervision 64.3%, emotional factors 28.6%, genuine accident 7% and unidentified 7%. An additional retrospective survey of CSP reported to the National Poisons Information Service centres over the same period added a further 19 cases of CSP, making a total of 33 cases, 14 (42%) being due to copper sulphate and four (12%) to cobalt chloride, respectively. This survey showed CSP to be a significant problem, with an incidence of 0.3 cases per 100,000 children. Six recommendations were made concerning child-resistant containers, toxic hazard warnings, size and content of the lettering, health education programmes targeted at the most vulnerable groups, and lastly, a legal restriction on the chemicals that can be included in these sets, so that the most toxic are excluded. PMID:  9489095

Paints and pigments - Cobalt-based blue pigments (cobalt blue) have been used since ancient times for jewellery and paints, and to impart a distinctive blue tint to glass,. Cobalt silicate and cobalt(II) aluminate (CoAl2O4, cobalt blue) give a distinctive deep blue colour to glass, ceramics, inks, paints and varnishes. The pigment is highly toxic. Both cobalt green and cobalt blue were used as pigments for paintings because of their superior stability.

Mining - Today, some cobalt is produced specifically from various metallic-lustered ores. The main ores of cobalt are cobaltite, erythrite, glaucodot and skutterudite, but most cobalt is obtained not by active mining of cobalt ores, but rather by reducing cobalt compounds that occur as by-products of nickel and copper mining. The copper belt in the Democratic Republic of the Congo and Zambia yields most of the cobalt mined worldwide. The word cobalt is derived from the German kobalt, from kobold meaning "goblin". The term is not without foundation as because the primary ores of cobalt always contain arsenic, smelting the ore oxidized the arsenic content into the highly toxic and volatile arsenic oxide, which probably had quite an effect on early miners

Manufacturing - Cobalt is primarily used as the metal, in the preparation of magnetic, wear-resistant and high-strength alloys.

Catalysts - Several cobalt compounds are used in chemical reactions as oxidation catalysts. Cobalt acetate is used for the conversion of xylene to terephthalic acid, the precursor to the bulk polymer polyethylene terephthalate. Typical catalysts are the cobalt carboxylates (known as cobalt soaps). They are also used in paints, varnishes, and inks as "drying agents" through the oxidation of drying oils. The same carboxylates are used to improve the adhesion of the steel to rubber in steel-belted radial tyres.

Petroleum industry - The hydrodesulfurization of petroleum uses a catalyst derived from cobalt and molybdenum. This process helps to 'rid petroleum of sulfur impurities that interfere with the refining of liquid fuels'.

Radiotherapy - Cobalt-60 (Co-60 or 60Co) is used as a gamma ray source by bombarding cobalt with neutrons. It is used in external beam radiotherapy, sterilization of medical supplies and medical waste, radiation treatment of foods for sterilization [sic], industrial radiography (e.g. weld integrity radiographs), density measurements (e.g. concrete density measurements), and tank fill height switches. To Quote “The metal has the unfortunate habit of producing a fine dust, causing problems with radiation protection. Cobalt from radiotherapy machines has been a serious hazard when not disposed of properly, and one of the worst radiation contamination accidents in North America occurred in 1984, after a discarded radiotherapy unit containing cobalt-60 was mistakenly disassembled in a junkyard in Juarez, Mexico”

The overdose observations were all produced via Heavy metal poisoning

The deficiency observations were achieved via Nutritional deprivation 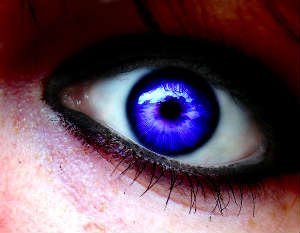