People can be buried alive accidentally, deliberately or by choice.  Accidental burial can occur as a result of the collapse of buildings, earthquakes and their aftermath, landslides, or the collapse of a cave, for example.  Burial has been used as a very cruel method of execution. 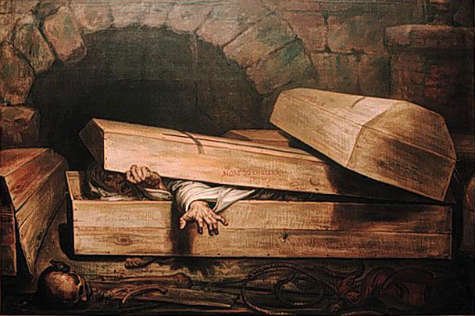 At one time in the distant past, people have been pronounced dead and buried even though they were not dead.  During wartime, soldiers wounded in battle have been buried accidentally along with those who were dead.  Some people choose to be buried alive – with the agreement however that they will be exhumed at a certain time – as part of their stage act or as a test of their spiritual powers.

“According to current medical science, it is not possible for a human to survive for a period of ten months without food, water, and air. The Indian government has since made the act of voluntarily being buried alive illegal due to the unintended deaths of individuals attempting to recreate these feats”.

And both deliberate and accidental burial has produced spiritual experiences.

Accidental burial of the living these days is unlikely given the time spent in the morgue, and the work undertaken by undertakers, but several hundred years ago it did occur and was known because of the work of grave robbers.  “A popular tale about premature burial in European folklore was the 'Lady with the Ring'. In the story, a woman who was prematurely buried awakens to frighten a grave robber who is attempting to cut a ring off her finger”. 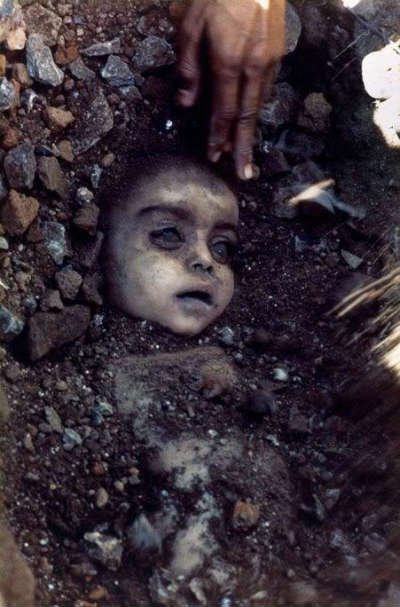 In the late nineteenth century, undertakers developed a number of techniques for verifying the absence of life prior to burial or embalming. However, in late eighteenth century Germany, physicians believed that putrefaction was the only sure sign. As a result, the Leichenhaus (Hospital for the Dead) was created where a body would lie for two or three days.

Not unique to the German states, the Schijndodenhuis (House for the Apparently Dead) developed in The Netherlands, and temples funéraires (funeral temples or waiting mortuaries) were built in Paris. Arguing that it was unhealthy for a cadaver to lie in the home, the body was removed to one of these facilities where it would be allowed to decompose. With improvements in diagnosis that came during the late nineteenth century, these facilities were closed without reporting a single case of rescue. The buildings were converted to convents and schools, but the last of the Leichenhausen stood in Germany as late as 1959.

Franz Vester of Newark, New Jersey, received the first U. S. Patent on August 25, 1868, for his “Improved Burial Case,” which ensured that if the occupant had been buried prematurely, he or she would be able to summon help and escape.  The body was buried but connected to a bell on the surface of the grave. As an added precaution, Vester also provided a folding ladder for escape. In all, sixteen U. S. Patents were issued prior to 1901. Each invention included a bell or flag mounted on the surface connected to the coffin or casket via a hollow tube. Once death was certain, the device could be removed. "It is doubtful that any of these devices were placed in production".

During his career, Hungarian-American magician and escapologist Harry Houdini performed two variations on a “Buried Alive” stunt/escape. The first was near Santa Ana, California in 1917, and it almost cost Houdini his life. Houdini was buried, without a casket, in a pit of earth six feet deep. He became exhausted and panicky trying to dig his way to the surface and called for help. When his hand finally broke the surface, he fell unconscious and had to be pulled from the grave by his assistants. Houdini wrote in his diary that the escape was “very dangerous” and that “the weight of the earth is killing.”

Houdini’s second variation on Buried Alive was an endurance test. On August 5, 1926, he remianed in a sealed casket submerged in the swimming pool of New York’s Hotel Shelton for one hour and a half. Houdini claimed he did not use any trickery or supernatural powers to accomplish this feat, just controlled breathing.

Being buried alive produces out of body experiences, hallucinations, and near death experiences.  It works via a combination of other activities:

The fakirs who were able to achieve this feat and thus did it deliberately, used different methods - principally stimulation of trigger points and controlled breathing to induce trance states, but nutritional deprivation and sensory deprivation will have contributed.