Very little of the wall that surrounded the palace remains  but this is sacred geography par excellence, where the ruler [assuming he lived in the palace] clearly believed he was very very important spiritually, or wanted his people to believe this.  It also shows a remarkable level of arrogance!

The Temple of the Old Woman, now ruined, in another area of the site is said to be the home of the magician's mother - and she was a sorceress.  There was obviously power here and it was inherited power, but whether it was used positively is a moot point.  The very fact this city vied with Chichen Itza rather indicates that the magician was also a sorceror - one who used his power to harm and not help, and the very fact that the lintels above the doors all show descent into the underworld and not ascent, rather indicates he obained his power from 'below' metaphorically and not 'above' 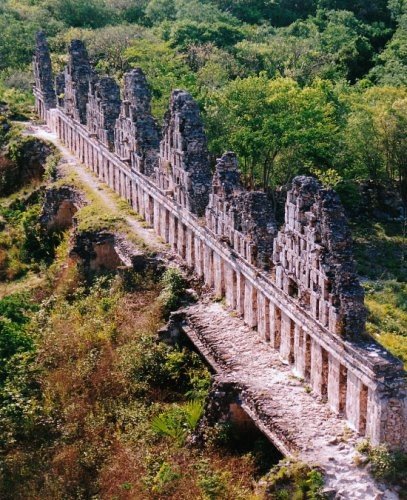 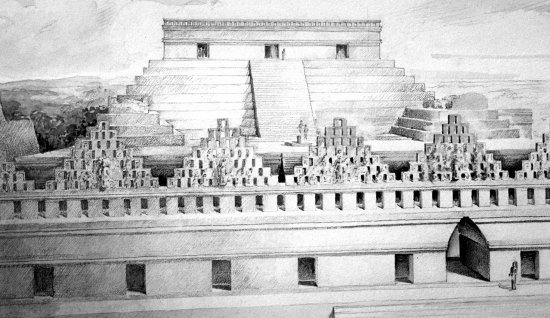