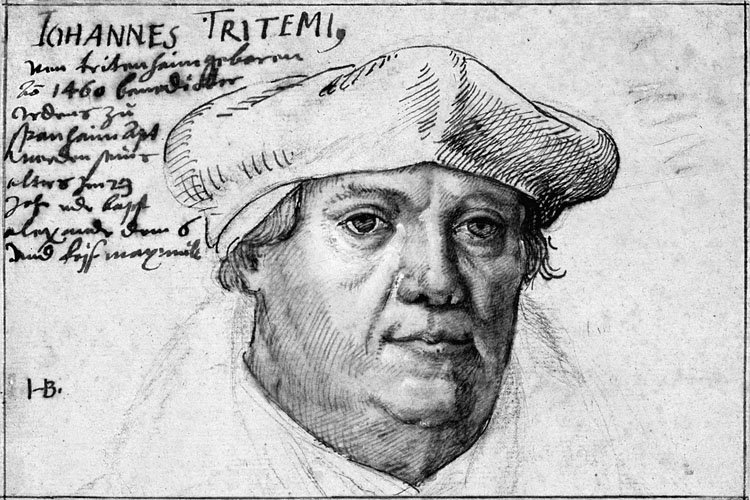 Johannes Trithemius (1 February 1462 – 13 December 1516), born Johann Heidenberg, was a German Benedictine abbot and a polymath active in the German Renaissance, as a lexicographer, chronicler, cryptographer and alchemist. Among his students were Heinrich Cornelius Agrippa and Paracelsus.

Trithemius' most famous work, Steganographia (written c. 1499; published Frankfurt, 1606), was placed on the Index Librorum Prohibitorum in 1609 but removed in 1900.

This book is in three volumes, and ‘appears to be about magic’—specifically, about ‘using spirits to communicate over long distances’ – inter composer communication. All three volumes are encrypted.

The preface to the Polygraphia specifically states that the cryptography was conceived by Trithemius as a "secular consequent of the ability of a soul specially empowered by God to reach, by magical means, from earth to Heaven".  To keep it secret.

Cardinal directions
Egg (as symbol)
Map of the Egg
Matrix, the