In the Shinto religion, spirits are known as kami and are believed to exist in everything.  As such the Shinto religion embodies the belief that hardware is animated by software – kami.  Shrines mark occasional points of kami presence and another common marker is the presence of SHIMENAWA or sacred rope, often made of straw and hung with strips of cloth or paper.  These are clearly symbolic and the paper often contains prayers – the symbolism meaning one of 'ascent' of prayers and memories.  Shimewenawa can be hung from trees or rocks, toru or from shrines. 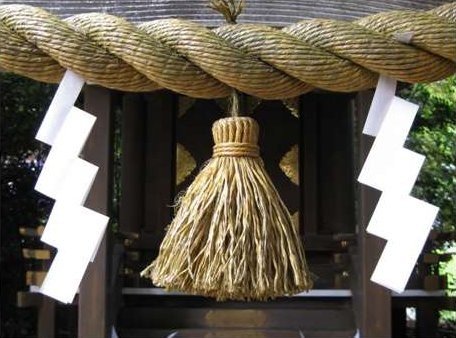 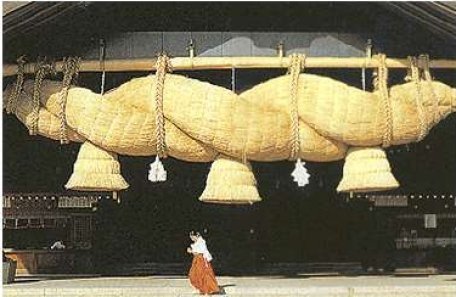