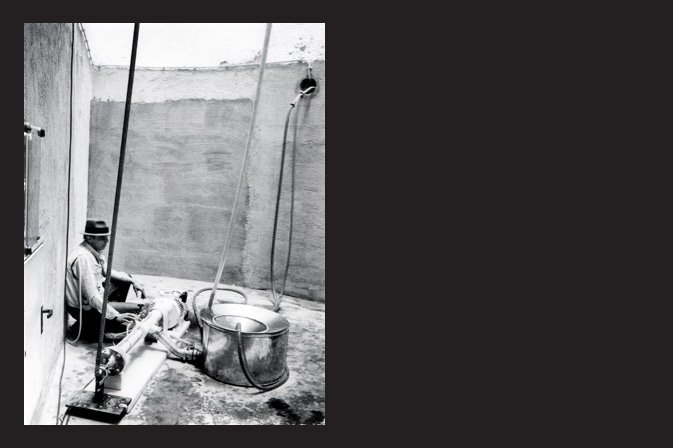 In this installation Beuys was concerned with having elements that represent the three psychological elements of the human being, often described by Steiner in relation to their physiological bases:

In Honey Pump Beuys represented the head by a long pipe that rose from the stairwell "engine room" up to the skylight roof of the hall and then curved back around toward the ground, as a version of the shepherd's crook, or "Eurasian staff," he had often used in other performances and installations.

An additional meaning is carried by the Eurasian staff here, again derived from Steiner's various lectures on human evolution in relationship to eastern and western thinking and spirituality. Beuys once explained that the staff represented the historical developmental path of humanity from earlier civilizations of the East to the more modern civilizations of the West, reaching, with the beginning in our time, a kind of knot or curve relating to a turn back again toward the qualities of the East.

"Today. . .," Beuys commented, "I think there is a possibility that the direction of the development may change and that light will come from the West, provided that man develops in a state of full awareness, as I imagine he will".