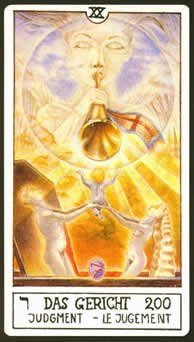 Throughout the Bible and in the Qu’ran together with many poems and novels, there are descriptions of people hearing a ‘trumpet’ when they die.  We may think that this is a whimsical notion – but it appears from the observations that when a person dies, they are whisked up through a tunnel that has every appearance of being like the inside of a trumpet, and indeed some [not all]  do hear  a noise  like a trumpet – thus whatever system is in operation to get their soul on the move up the shaft, it sounds like a trumpet to the newly dead.  We know this mostly from near death experiences

The observations that I found for near death experiences, showed that many people start to ascend a tunnel which is broad at the start then narrows.
By contrast birth is the opposite – ‘we’ are blown down the trumpet.