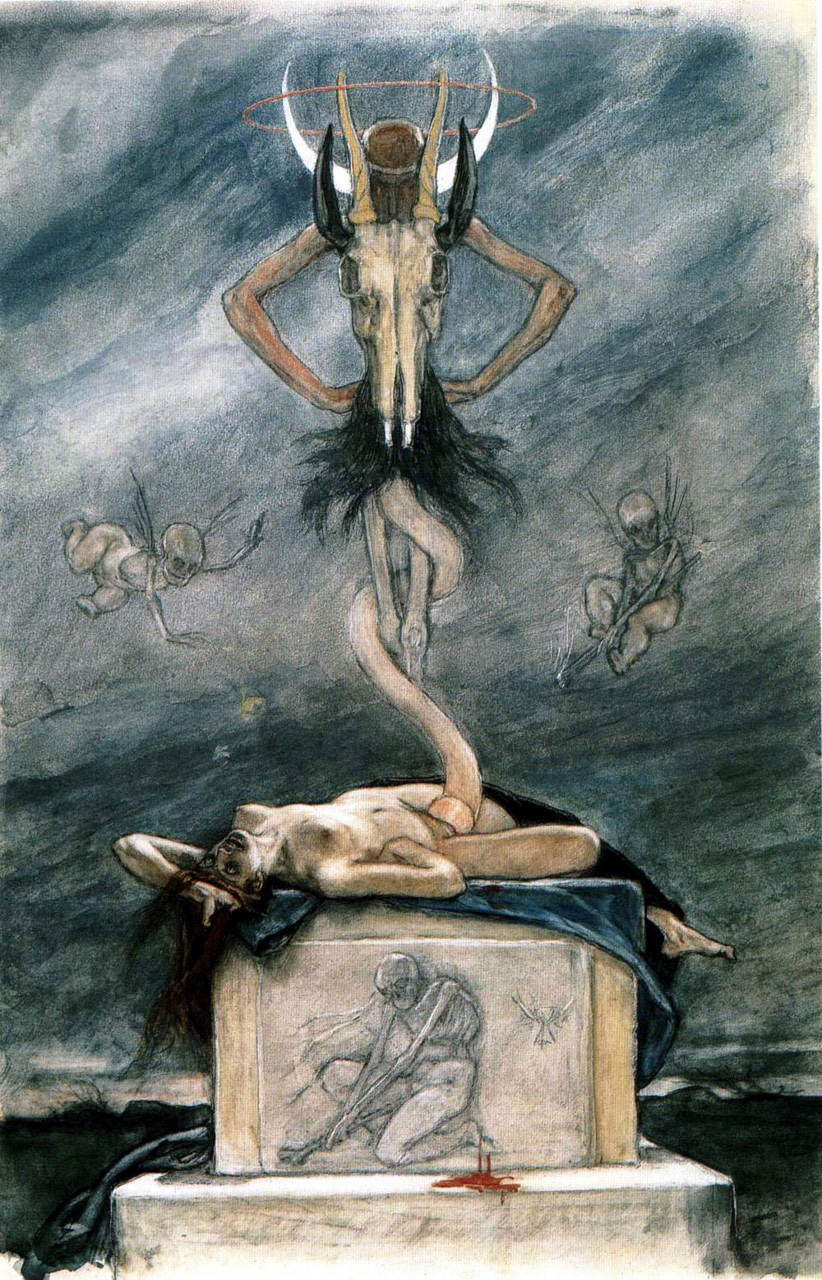 There are two key snakes that lead symbolically speaking to the sun and the moon.

The tunnel that leads to the moon is used in death and reincarnation as a means of delivering souls to the body.  The tunnel to the Sun, however, is a one-way tunnel and a path to ascension.

To put this another way, there is a symbolic or spiritual tunnel down which baby’s souls descend to enter the body on birth, this tunnel may or may not be the same one seen when people have near death experiences and go up a tunnel.

This has led to some odd beliefs, as the symbolic association of a tunnel leading to a woman who conceives or gives birth then becomes a literal belief.

Even today it is said in the Abruzzi that the serpent copulates with all women.  The Greeks and Romans also believed it.... The famous Aratus of Sicyon was said to be a son of Aesculapius because, according to Pausanias, his mother had conceived him of a serpent.  Seutonius and Dio Cassius tell how the mother of Augustus conceived from the embrace of a serpent in Apollo's temple.  A similar legend was current about the elder Scipio.  In Germany, France, Portugal and elsewhere, women used to be afraid that a snake would slip into their mouths when they were asleep, and they would become pregnant...  In India, when women wanted to have children, they adored a cobra.  All over the East it was believed that woman's first sexual contact was with a snake, at puberty or during menstruation.

Claudius Aelianus declares that the Hebrews believed that snakes mated with unmarried girls and we also find this belief in Japan...

In Abyssinia it was thought that girls were in danger of being raped by snakes until they were married.  One Algerian story tells how a snake escaped when no one was looking  and raped all the unmarried girls in the house.  Similar traditions are to be found among the Mandi Hottentots of East Africa, in Sierra Leone and elsewhere.................

Snakes are thought of as producing children; in Guatemala, for instance; in the Urabunna tribe of Central Australia – who believe themselves to be descended from two snakes which travelled about the world and left maiaurli, or the souls of children wherever they stopped; among the Togos in Africa – a giant snake dwells in a pool near the town of Klewe and receiving children from the hands of the supreme god Namu, brings them into the town before their birth.

In India, from Buddhist times – cf the Jatakas – snakes were held to be the givers of all fertility – water, treasures etc.  Some of the Nagpur paintings depict the mating of women with cobras.