David-Neel, Alexandra - Karma and reincarnation - from Immortality and Reincarnation 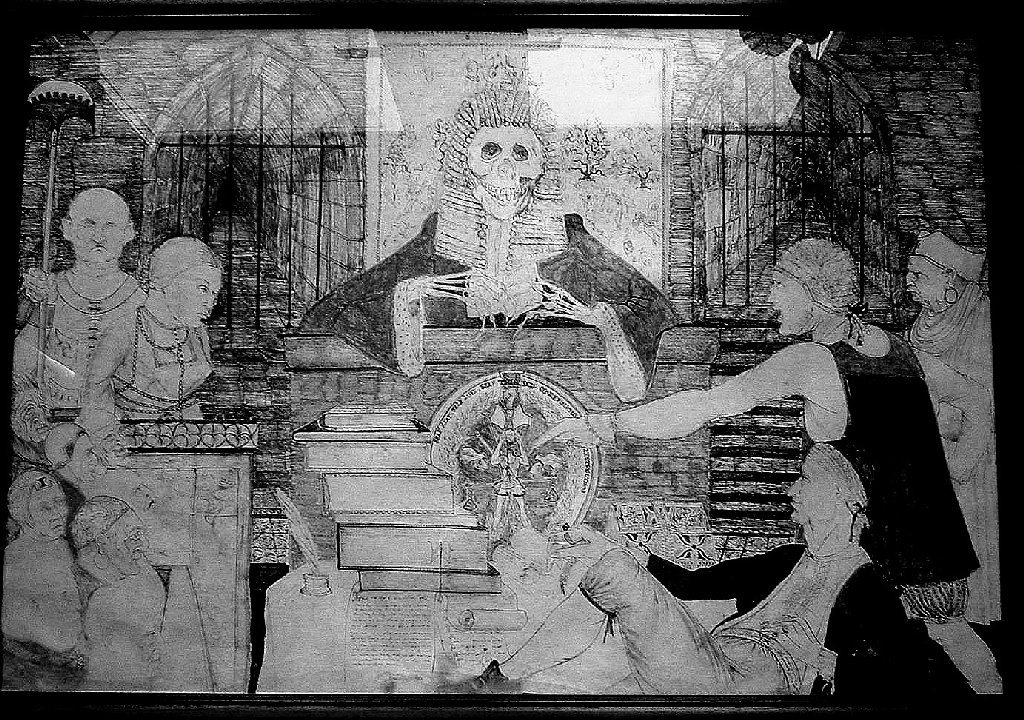 The incessant activity of the body, mind, and spirit is depicted as manufacturing the individual destiny that it pursues from reincarnation to reincarnation through the succession of birth and death.

Only the ignorant speak of punishment and reward.

There is only the sovereign and inexorably rational law of cause and effect or, as the Tibetans say, "the act and its fruits."

Numerous fantasies have been spun on the theme of reincarnation. A judge of the dead has been imagined. However, the Tibetans have not attributed to this judge the ability to evaluate the merits and demerits of the dead that present themselves before him. He is not qualified to pronounce sentence upon them after he has weighed his judgment.  The acts of the deceased touch him in no way whatsoever; he feels neither benevolence nor animosity toward them. His role consists only of announcing to them the fate that their own actions have prepared for them.

Sometimes this judge informs himself about the good and bad deeds of the deceased by consulting an ever up-to-date account book.

Sometimes these actions are represented by white and black pebbles placed on the trays of a pair of scales. The result of this weighing indicates what sentence to hand down.

Another picturesque fantasy features a coatroom within this courtroom, in which are hung the skins of different kinds of men and animals. The namshes automatically re-clothes itself in one of these skins, which indicates the fate that has been reserved for it. It can become a goat, a horse, or a bird; it can become humpbacked, sickly or handsome, male or female.

Tibetans do not accept the existence of sterile actions.  They object that the [wrongly interpreted] theory of karma as an agent of retribution for the 'good' and the 'bad' is a moral conception.  Karma in its correct interpretation is a succession of activities that are undistinguished from their moral value.

Every action, they say, ineluctably produces effects that are both great and small, occuring both soon or after a long delay, and are either apparent or remain imperceptible to the individual in question.

The world is movement.

The drawing is by Blithe spirit and done in 1972