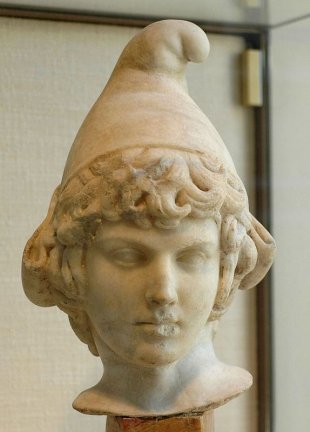 According to Wikipedia "The Phrygian cap is a soft conical cap with the top pulled forward, associated in antiquity with the inhabitants of Phrygia, a region of central Anatolia. In early modern Europe it came to signify freedom and the pursuit of liberty, through a confusion with the pileus, the felt cap of manumitted (emancipated) slaves of ancient Rome. Accordingly, the Phrygian cap is sometimes called a liberty cap; in artistic representations it signifies freedom and the pursuit of liberty."

So that is the official definition, but the cap was associated with the Mystery religions and signifies an Initiate or an Adept, an Adept usually had a bobble on the top - the Bobble hat or the Party hat with the tassle.

The shape of the Phyrigian cap was actually quite key as it was phallic. It was a symbol of the method employed - sexual stimulation or sex magick.