The symbolism of the phallus is closely linked with that of circumcision.  There is thus a certian amount of duplication in thie following explanation.  It also shares some symbolism with a pillar and the celestial pole. 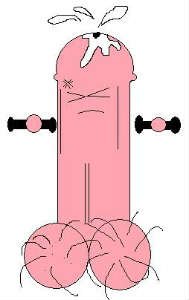 A phallus is in part a symbol of the creative force both literally and figuratively.  Look at any average penis and it is cone shaped - and like a little man with a head on the top.

Phalluses are used extensively all over the world in stone or physically existent images.  They are frequently found in the temples in the East, for example, Hindu temples. In the Hindu religion the phallus is called the lingam.

This is not to say, however, that there is no sexual link - there is. The means by which spiritual experience was obtained, and particularly the kundalini experience, during the height of all the great Mystery religions was by sexual stimulation as such there is a deeper symbolism and a more straightforward symbolism involved in the use of the lingam and phallus.

(Below) - An open-air Lingam from Lepakshi sheltered by a naga.  In this example, the cobra head rears symbolically over the column. 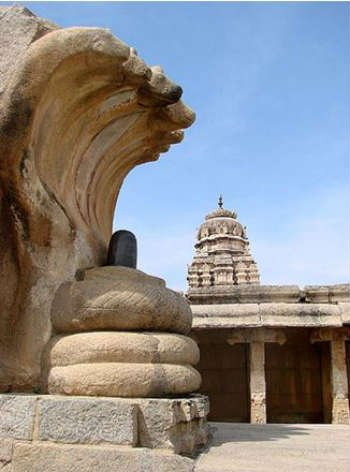