A symbol of the spine and the source of kundalini energy.

Clement of Alexandria in his endearingly prudish way thought combs were symbolic of the genitals in women [he presumably had never seen the genitals of a woman otherwise he would know a comb looks nothing like them] and were used specifically for women who practise sexual stimulation as the means of obtaining spiritual experience, but kundalini energy can be generated by a number of means not just sexual stimulation.

………..and a woman's comb, which is a euphemistic expression used in the mysteries for a woman's secret parts'.

When the combs are in the hair, they combine the symbolism of the  crown or ‘halo’ around the head.

Thus the symbolism actually means ‘I have used kundalini energy as a means of obtaining enlightenment’. 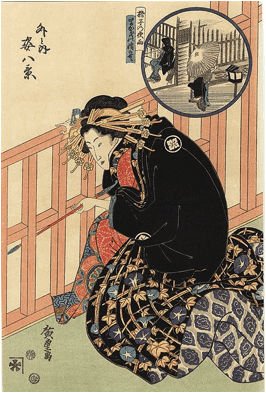