Anyone having a visionary experience – a dream, vision or hallucination or out of body experience may experience one of three things:

If he sees an animal, he may be seeing another shaman, or the animal may be symbolic of something the person feels or needs or perceives at the time.

But, if the person rides the animal or becomes the animal, he or she has effectively assumed the role of an animal in order to achieve ‘ecstatic experience’.  There is thus a link here with both body image distortion and shape shifting both of which can occur during an out of body experience. 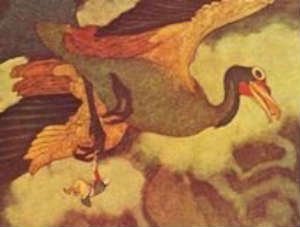 Sinbad carried by the Roc.

In this latter case the animal is a means of transport.

Ynglinga Saga – translated by E Monsoon and A H Smith
His body lay as though he were asleep or dead, and then he became a bird or a beast, a fish or a dragon, and went in an instant to far off lands 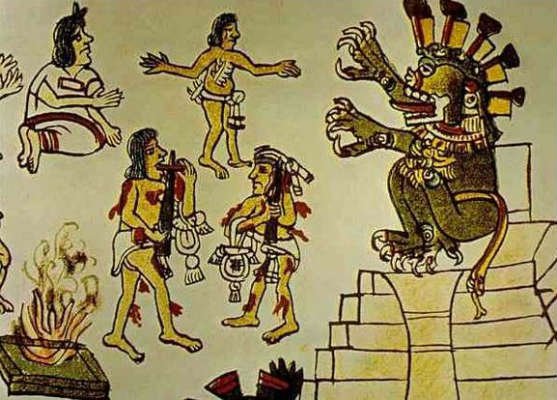 When the person becomes the animal , there may also be an aspect of Personality match that goes on in selection of the form of transport, in that the transport one sees may match the way you perceive yourself.  This observation is not  universally true, but it does seem to be quite a useful pointer.

Many visions and out of body experiences incorporate the symbolism of a hybrid animal, a person who is half human, for example half wolf or half deer.  This hybridisation occurs when the person becomes the animal, but the symbolism of the half and half animal human is used by the composer to show the dual nature of the person. 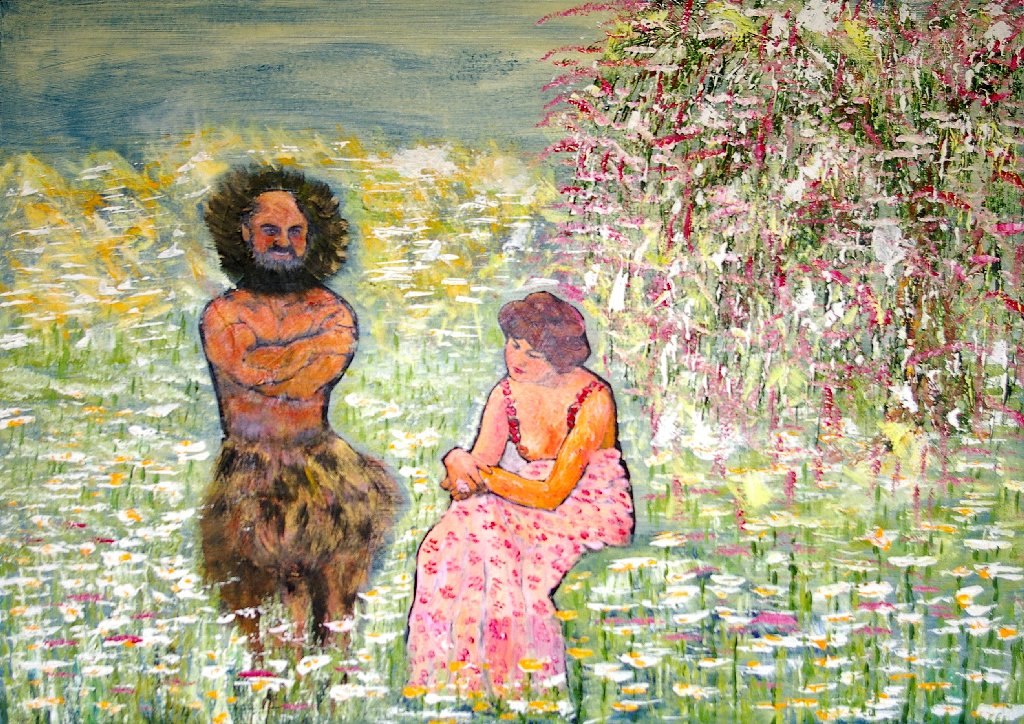 Perhaps the best known hybrids are centaurs, Fauns and satyrs.  Centaurs are half horse and half human, whilst satyrs are half goat and half human.  These apparently mythological beasts could well have been shamans in their visionary out of body animal form.

Spiritual groups of souls in most hunter gatherer communities are called totems. Thus a ‘totem group’ is the sum of all the souls in that team [clan or group] together with their accumulated knowledge.  Souls can be living or departed souls – ancestors or otherwise.

The group does not necessarily have to be related by kinship.  A totem group can be simply a group of like minded people [or creatures!] that share a common challenge.  Clearly one of the obvious ways in which souls can be grouped is by their totem animal – the animal they feel they are or with whom they spiritually associate. 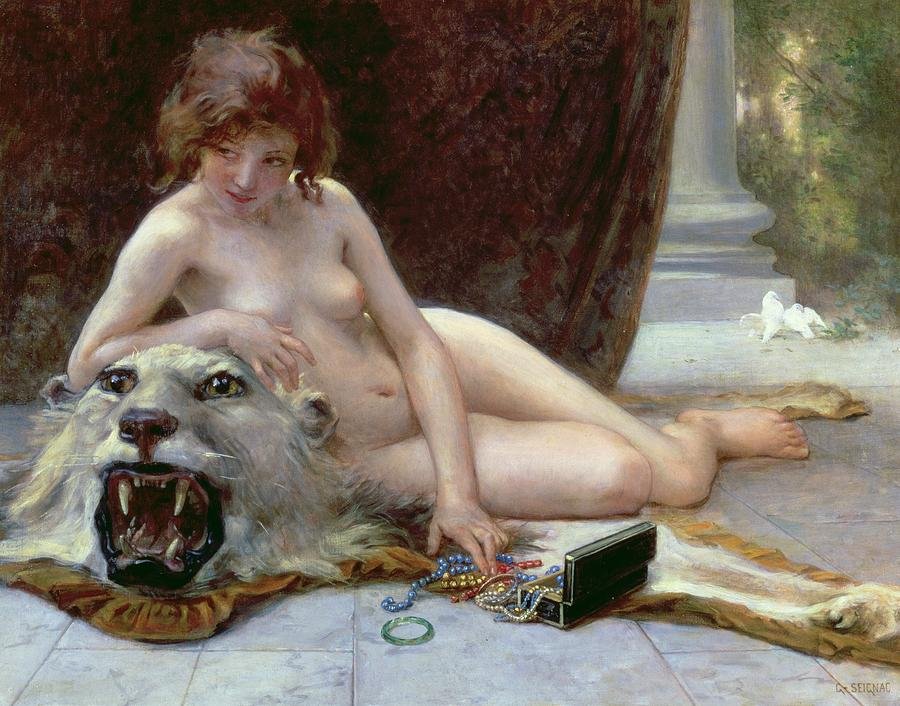 Outside spiritual experience, but still relevant to the process of establishing who you are, a person may have an animal that he or she associates with because its attributes are the attributes they would like or already have.  This can then spill over into the idea of the Totem group.  As more people also associate with that animal, a clan group forms with the name of the animal they feel a kinship towards.  In this way, a Bear clan would include all bear people but also bears themselves.  In a society like the Hopi Indians each totem clan might hold land allotments in the name of the clan.  The principal Hopi clans include the Eagle clan, spider clan, snake clan and coyote clan for example.  The totem animal is seen as a helper and protector and is usually revered.

Some of the observations which pertain to becoming an animal can appear quite negative, even frightening, but this search for the animal side of you is an important part of the process to Know yourself.

The need to 'know who you are' seems to be one of the primary early purposes of dreams and visionary experiences.  First understand yourself, who you are and where you came from and why you are as you are.  Then with this information you can fulfill your destiny  – whatever form this takes – and from there greater spiritual access may be given.  It is part of the spiritual path.