Sacred geography - lanterns of the dead 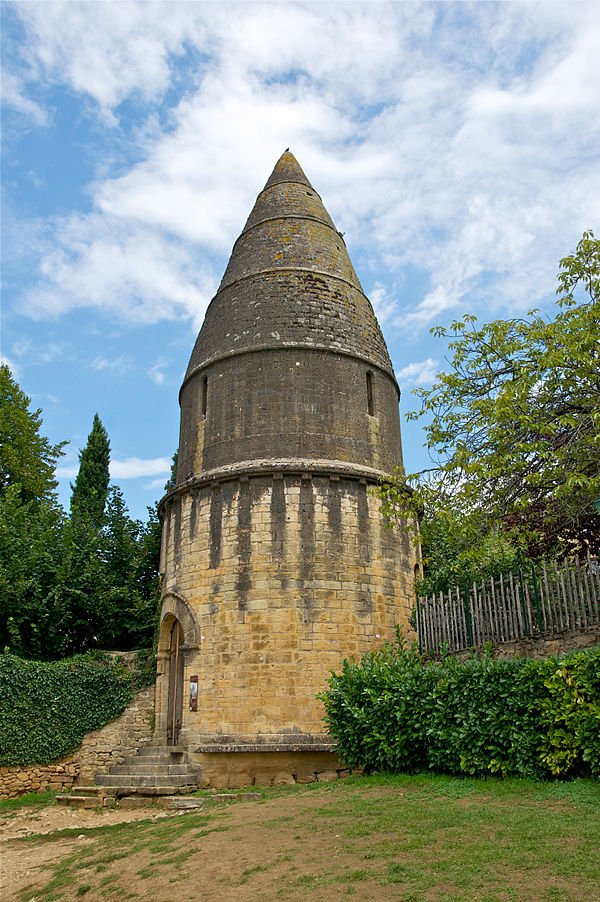 Lantern of the Dead in Sarlat-la-Canéda, Dordogne, France

Lanterns of the Dead (French: Lanternes des morts) are small stone towers found chiefly in the centre and west of France, pierced with small openings at the top, where a light was exhibited at night.

These towers were usually circular, with a small entrance in the lower part giving access to the interior, so as to raise the lamps by a pulley to the required height.

One example in France is that at Cellefrouin (Charente), which consists of a series of eight attached semicircular shafts, raised on a pedestal, and crowned with a conical roof decorated with fir cones.  And here we start to get to get the clues to their symbolism, as fir cones are symbolic of the pineal gland, furthermore they often top a thyrsus; it has only one aperture, towards the main road. Other examples exist at Ciron (Indre) and Antigny (Vienne). 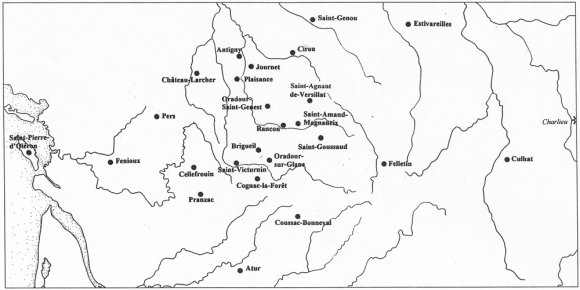 There is one surviving example in England, in the churchyard at Bisley, Gloucestershire, which is referred to as the Poor Souls' Light.  A rather inappropriate name given that the symbol describes an enlightened being - a person whose crown chakra is opened [the light] at the top of the five levels and layers. 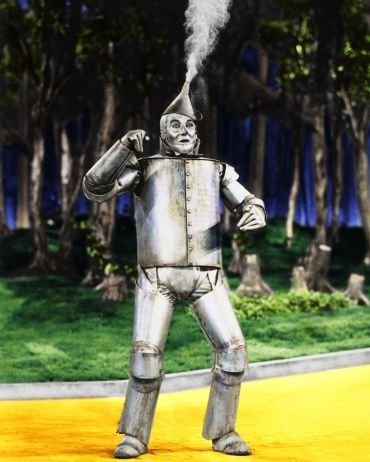 In some cases these lanterns have been placed near a cemetery or churchyard, but there are a number of such lanterns that are not near any cemetery, so even the name Lanterns to the Dead is incorrect, unless they are memorials to former enlightened beings, or beings who have become gods and thus 'died to themselves'..

The towers are symbolically soul cones.

Equivalent to ziggurats or pyramids in their meaning, but with the added advantage that they not only have a conical shape, and the necessary levels and layers – but they have a light at the top – the Higher spirit – the way to the spirit.  One might thus regard them as a special kind of tower in terms of their sacred geography.  Whereas a square tower is of the earth, a place for accumulating ‘learning’, these towers being round are entirely spiritual in concept, being Egg shaped and with their levels and layers clearly shown.

…. their architecture has strong oriental influences. The proximity of Al-Andalus, Crusaders coming back to France, or trade in the Mediterranean may explain such monuments. 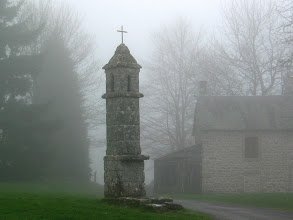 For instance, the "lantern of the Moors" in Vergèze, southern France, looks like the chimneys of the Bakhchisaray Palace, the Palace of the Crimean Tatars in Crimea, and doesn't indicate any cemetery.

The origin of the lantern is linked with the abbot Bernard of Clairvaux, who played a major role in the Second Crusade. It is said to have been built after a visit of the abbot in the city, in 1147, possibly by Knights Templar.  Besides, "Saracen chimneys" (Cheminées sarrasines) are a typical local architecture feature of Bresse, a region in Eastern France. It seems to bear the same name only coincidentally. 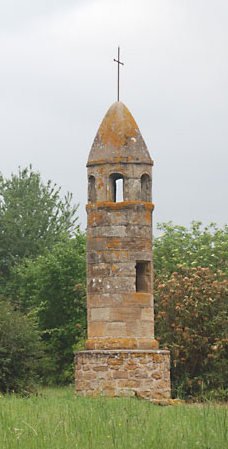 The Willy or wontee tower

There appears to be a problem with those who do not understand symbolism, grouping towers of different shapes and calling them Lanterns to the Dead, when in some cases they are not.

In fact, in some cases they are an in-joke, a joke no doubt learned in the country of 'the Moors'.

The clue is in whether they have a pointed end or a knob end [and I use the last term with intent].  Knob ends have a different meaning.

The Abbot Bernard of Claivaux would no doubt not have contemplated such as thing, but clearly other more mischievous people - probably magicians - did.

As such the ones with the knob ends as opposed to the pointed ends are not Lanterns to the Dead and may be Alchemical, or even an erection of  the Troubadors, or yet again, as it says, the Knights Templar - the meaning would have been the same and - ahem - the symbolism in this case is indeed impressive, it may even be classified as boasting.....    or maybe a sort of early advertisement ......