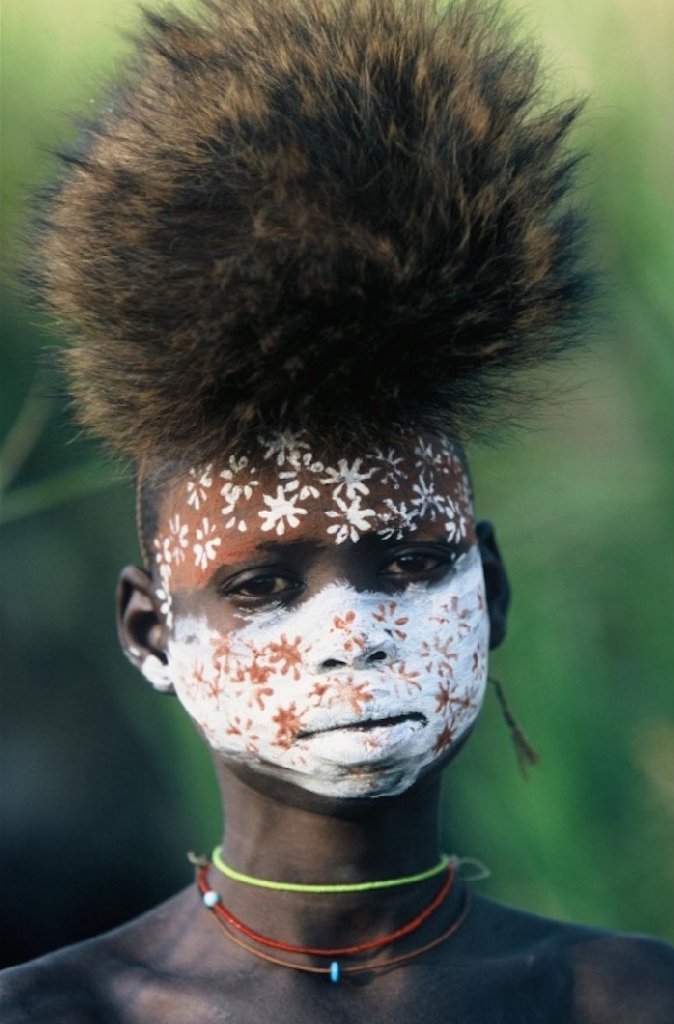 Cosmetics, also known as makeup or make-up, are care substances used to enhance the appearance or odor of the human body. They are generally mixtures of chemical compounds, some being derived from natural sources (such as coconut oil) and many being synthetics.

In the U.S., the Food and Drug Administration (FDA), which regulates cosmetics, defines cosmetics as "intended to be applied to the human body for cleansing, beautifying, promoting attractiveness, or altering the appearance without affecting the body's structure or functions." This broad definition includes any material intended for use as a component of a cosmetic product. The FDA specifically excludes soap from this category.


We would like to extend this to cover certain items not mentioned.

The hallucinations and other spiritual experiences 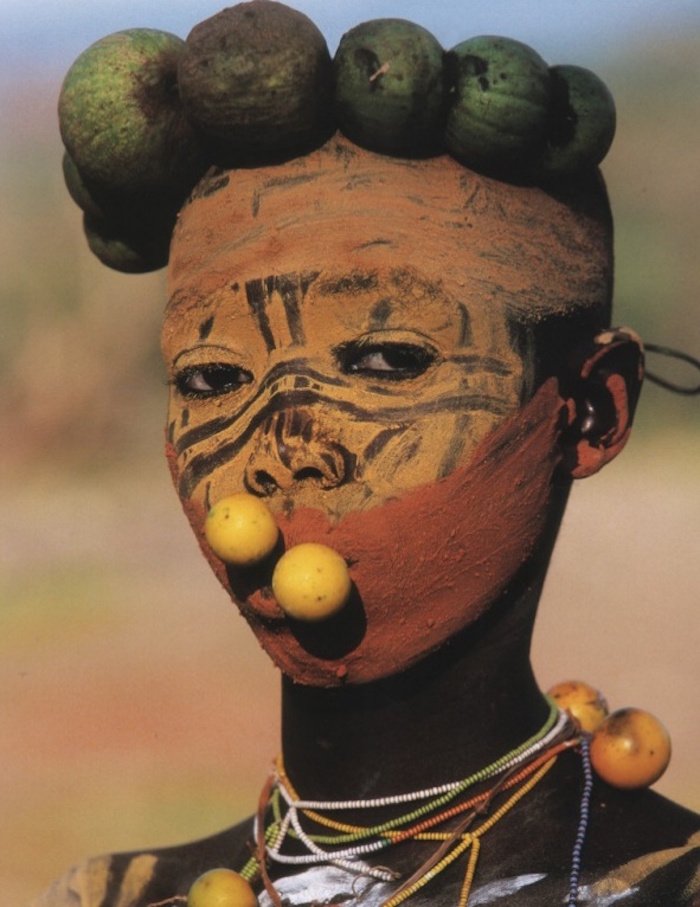 Given the number of people using cosmetics and the small number of hallucinations recorded, it may seem a little churlish to appear to target the whole market when only a few companies are producing what amounts to unsafe products and only a few people are being affected.

But for the person who has had an hallucination, it is important that they should know that this could be a cause.  Given the medical profession's eagerness to give anti-psychotics to anyone who even hints at hallucinations, without ever investigating why it happened, this has especial import.

Given the extraordinary range of chemicals in products, the cause of the hallucinations themselves - why they result in hallucinations - is almost impossible to follow, but it can occasionally be summarised as sheer toxic overload:

If a consumer used the alternative surface cleaner, tub and tile cleaner, laundry detergent, bar soap, shampoo and conditioner, facial cleanser and lotion, and toothpaste [he or she] would potentially be exposed to at least 19 compounds: 2 parabens, 3 phthalates, MEA, DEA, 5 alkylphenols, and 7 fragrances. 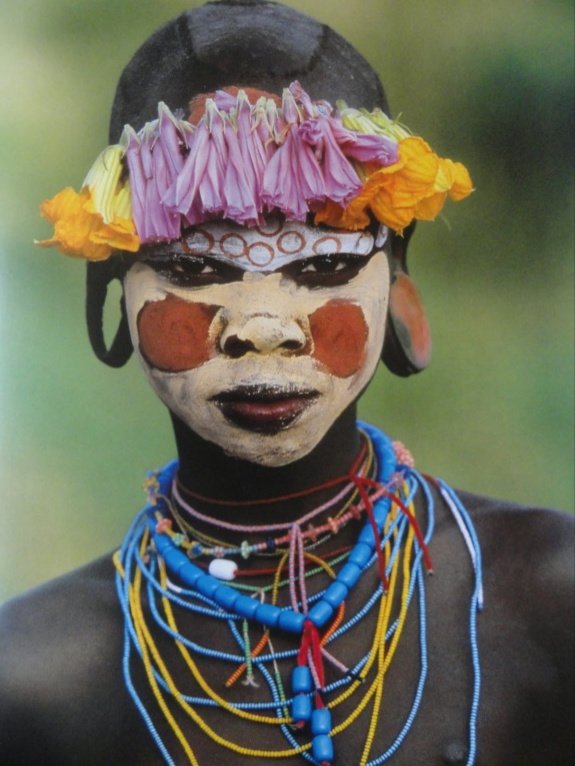 The section on endocrine disruptors may be of interest.

There is also another perhaps more sinister aspect to this that also needs explanation.

There is an alarming growing trend in the use of nanoparticles in cosmetics and this needs to be described, as nanoparticles can cause genetic mutation.

They may be one of the causes of the alarming rise in so called inherited disease.

Most so called inherited diseases from what we can assess are not inherited, they are caused by environmental factors.

We have provided some specific sections within the science section that go into the detail of some of the products implicated in hallucinatory experiences, these include:

- for the very obvious reason that it is not in fact an external product, in many case it is ingested, as such whatever is in the lipstick may act as an ingested toxin.  There are some extremely alarming products in some [we emphasise some] products including heavy metals - lead, chromium, and cadmium  - which give the lipstick its colour.  The men may scoff, but if they kiss a woman wearing scarlet lipstick they could well be ingesting cadmium. 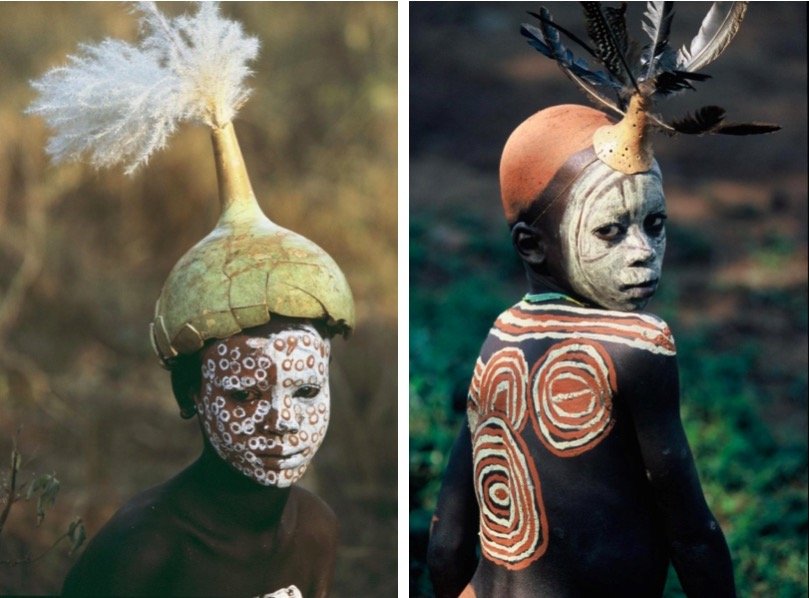 The effects on the eyes would be cumulative over a number of years, but could easily result in blindness, glaucoma, cataracts etc.

Blindness, macular degeneration and other sight impairment, as well as cataracts and other eye diseases can all cause hallucinations.

The regulations relating to cosmetic products give no limit values for toxic elements such as metals or arsenic occurring as impurities in cosmetic products. The present study of metals (lead, cobalt, nickel, chromium) and arsenic in eye shadows in 88 colors of 25 brands and 49 products provides a basis for assessing the safety of eye shadow. 66 out of 88 (75%) of the colors contained more than 5 ppm of at least one of the elements, and all 49 products contained more than one 1 ppm of at least 1 of the elements. …  PMID:  10644018 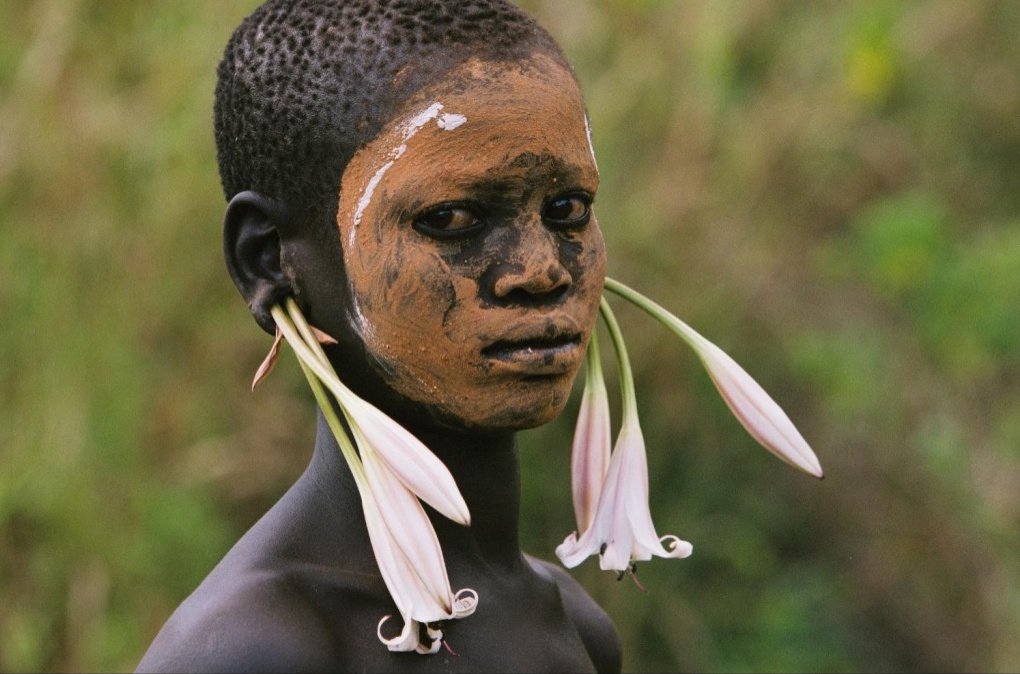 Cosmetics are a frequent cause of contact dermatitis, not only in females but also in males. Men use cosmetics in the form of deodorant, hair dye and aftershave lotions. U.S.A men spent more than 6,000,000,000 million dollars in cosmetic products. Responsible substances of contact dermatitis are unidentified in many occasions, what impedes the estimation of morbidity data. It is calculated that 2-4% of dermatological consultations are due to contact dermatitis caused by cosmetics. The Spanish industry manufactures each year articles valued in several thousands of million pesetas, 14% of which are exported. Annual manufacturing is raising between 10 and 11%. The French journal Cosmetology (IMS) pointed as an example the fact that in the third trimester of 1978, the number of sold products was as follows: 87,880 units of cleansing milk; 128,020 creams; 237,200 tonics; 10,228 lip protectors. The Committee of European Unions for Perfumery and Cosmetology (COLIPA) reported in 1978 a yearly sale in Europe of 225,000,000 units of hair dyes, exclusively. Adverse reactions to cosmetics affect not only the skin in the form of irritant or contact dermatitis, but cases of conjunctivitis, asthma, urticaria, rhinitis, angioedema, pneumonitis and anaphylaxis-like reactions due to cosmetic products, mainly hair bleaching agents, perm liquids and hair spray, have been also reported. The present work studied the prevalence of sensitizations to cosmetic products on the professional staff of a beauty salon in our city of Las Palmas (SEM).  PMID: 8553988

Two cases of angiosarcoma of the liver (ASL) are, to the best of our knowledge, the first literature reports of such cases identified among hairdressers and barbers who used hair sprays containing vinyl chloride (VC) as a propellant. The cases were exposed to VC aerosols between 1966 and 1973, for 4-5 year periods. Modeling indicates estimated peak levels of VC exposure ranging from 129 ppm to 1234 ppm, and average exposure ranging from 70 ppm to 1037 ppm, based upon assumptions of use and number of air exchanges per hour. As ASL is a sentinel cancer for exposure to VC, identification of these cases raises concern about the contribution of VC to hepatocellular carcinoma (HCC), a much more common type of liver cancer, as well as other VC-related cancers among hairdressers and barbers. Had manufacturers acted in a responsible manner, VC never would have been introduced as a propellant into consumer products such as hair sprays, pesticides, and paints.   PMID: 19267125 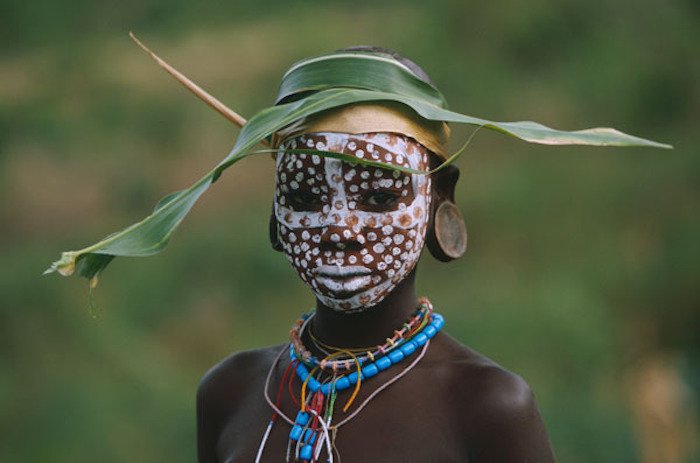 Some skin whitening products contain the toxic chemical mercury(II) chloride as the active ingredient. When applied, the chemical readily absorbs through the skin into the bloodstream. The use of mercury in cosmetics is illegal in the United States. However, cosmetics containing mercury are often illegally imported. The use of skin whitening products is especially popular amongst Asian women. In Hong Kong in 2002, two products were discovered to contain between 9,000 to 60,000 times the recommended dose.  Mercury can cause hallucinations. 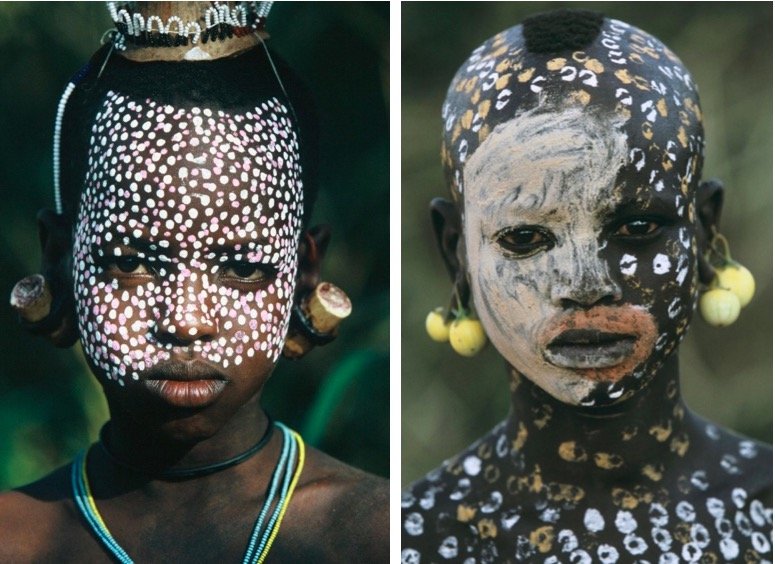 Methylene glycol is an ingredient used in some hair-straightening products.

There are reports on the Internet of 'delusionary states' being experienced using these products.

Toluene and dibutyl phthalate (DBP) are found in many consumer products, including cosmetics, synthetic fragrances, and nail polish. In 2012, the California Environmental Protection Agency evaluated 25 nail products and found that 83% of the products that claimed to be toluene-free contained toluene at concentrations ranging up to 190,000 ppm, and 14% of the products that claimed to be DBP-free contained DBP at concentrations ranging up to 88,000 ppm. We conducted a preliminary, screening-level analysis of the potential toluene and DBP-related health risks to consumers and professionals based on the medium and maximum concentrations of toluene and DBP presented in the 2012 report and evaluated dermal and inhalation exposure to a salon patron, nail technician, and home user. We concluded that the maximum toluene concentration for the technician and home user scenarios exceeded the California MADL, …. The MADL for DBP was exceeded for all user scenarios at both the median and maximum concentrations. PMID:  25865937 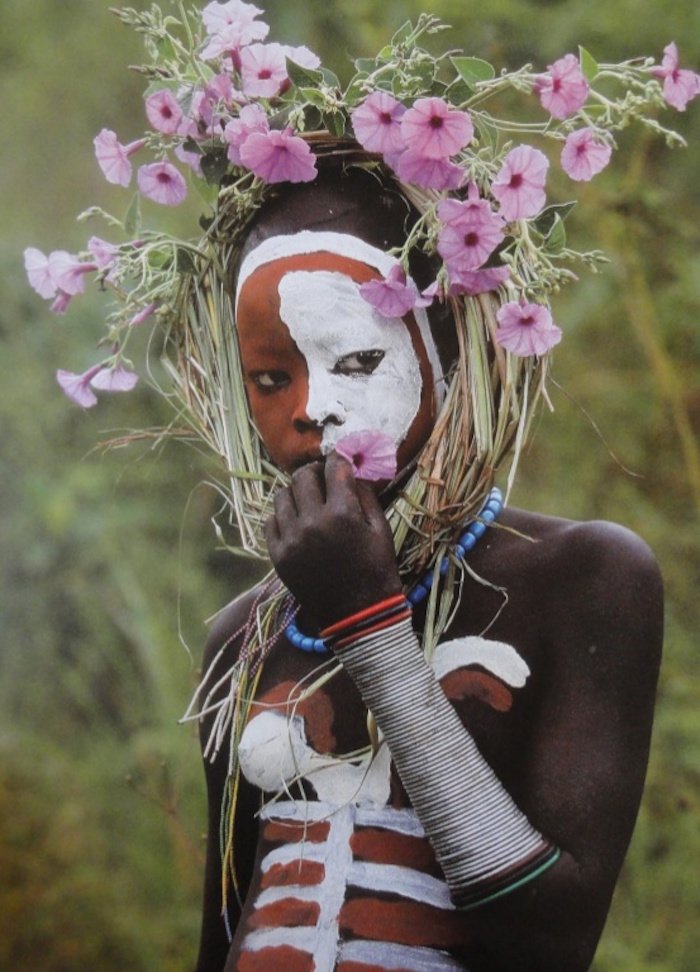 Inhaling high levels of toluene in a short time may cause light-headedness, hallucinations, nausea, unconsciousness - and even death.

As Wikipedia says “It is sometimes abused as an inhalant, likely on account of its euphoric and dissociative effects”.

It is worth adding the other side effects of nail polish and the chemicals in cosmetics:

To examine the relation between adverse pregnancy outcomes and work in cosmetology during pregnancy, we conducted a mail survey in North Carolina among 8,356 licensed female cosmetologists 22-36 years of age. …. We restricted the main analysis to 96 cosmetologists with a spontaneous abortion and 547 cosmetologists with a single livebirth who worked full-time in cosmetology or in other jobs during the first trimester of pregnancy. With adjusted odds ratios ranging from 1.4 to 2.0, we found associations between spontaneous abortion and the number of hours worked per day in cosmetology, the number of chemical services performed per week, the use of formaldehyde-based disinfectants, and work in salons where nail sculpturing was performed by other employees. PMID:  8172989 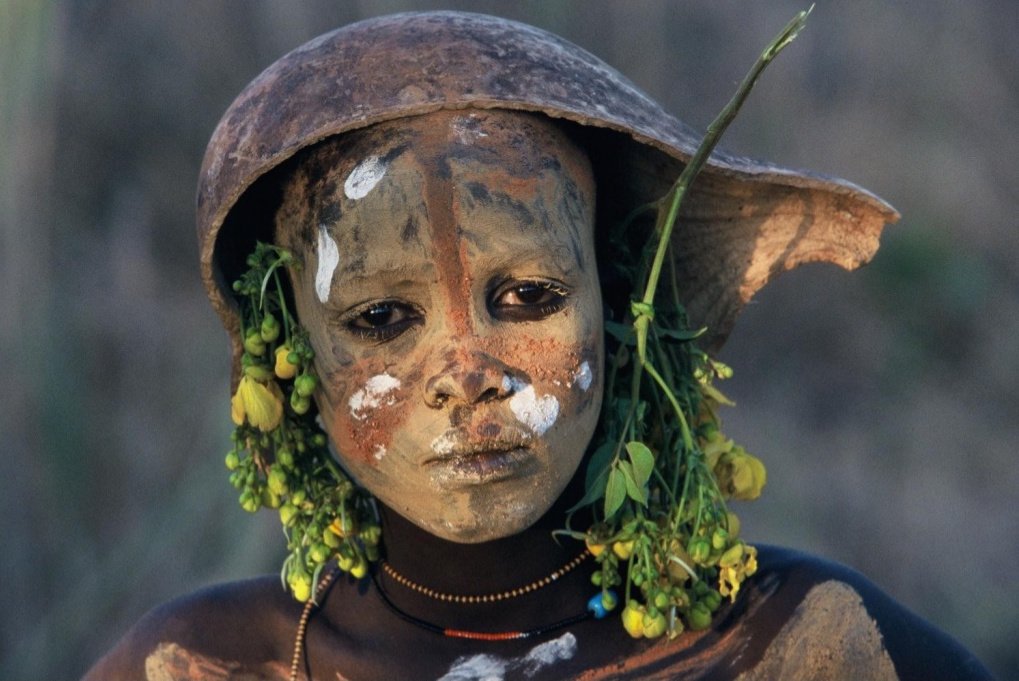 Rather than put depressing photos against this entry we decided to show the people of the Omo valley using natural products.  All the photos are by Hans Silvester who has two books featuring his stunning photographs. Natural Fashion: Tribal Decoration from Africa and Ethiopia: Peoples of the Omo Valley. 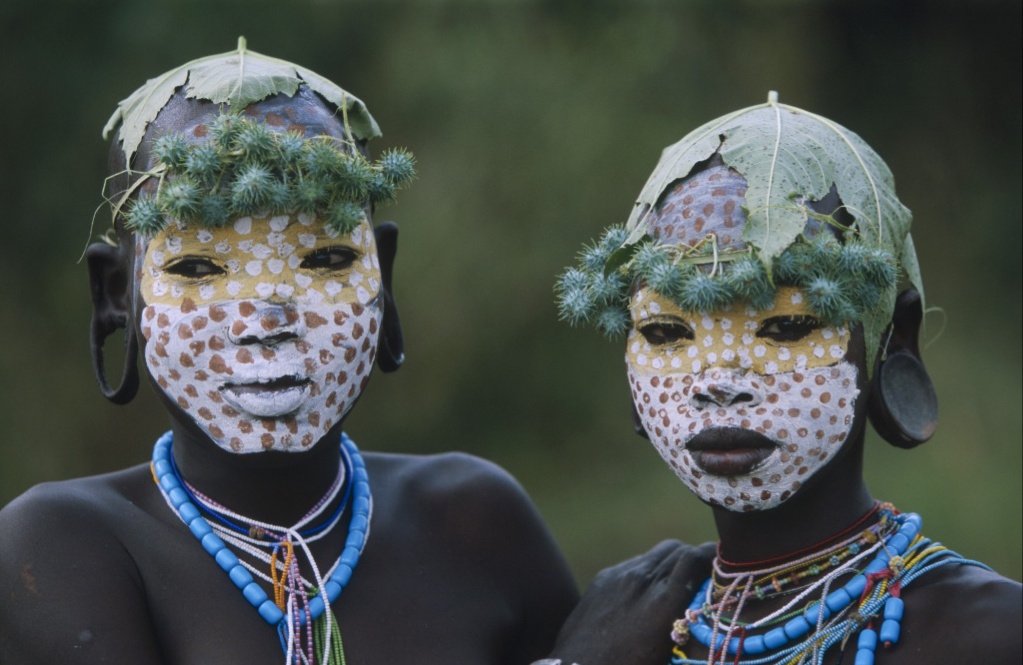