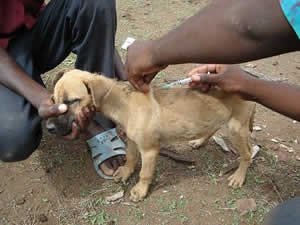 Rabies is a viral disease that causes acute encephalitis (inflammation of the brain) in warm-blooded animals. It is zoonotic (i.e. transmitted by animals), most commonly by a bite from an infected animal. For a human, rabies is almost invariably fatal if post-exposure prophylaxis is not administered prior to the onset of severe symptoms. The rabies virus travels via the peripheral nervous system until it reaches the central nervous system, ultimately causing disease in the brain and death.

Globally most cases of rabies in humans are the result of a dog bite. In the Americas and Australia, less than 5% of cases are from dogs, with bats being the most common cause. 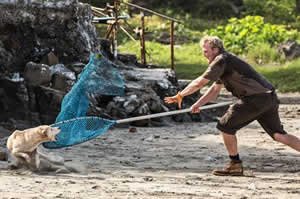 Rabies causes about 26,000 deaths annually worldwide, more than 95% of which occur in Asia and Africa.  It is present in more than 150 countries and more than 3 billion people live in regions of the world where it occurs. In most of Europe and Australia rabies is now only present in bats. Many small island nations are entirely rabies free. In Australia, Japan, and the United Kingdom, for example, rabies carried by animals that live on the ground has been eradicated entirely. 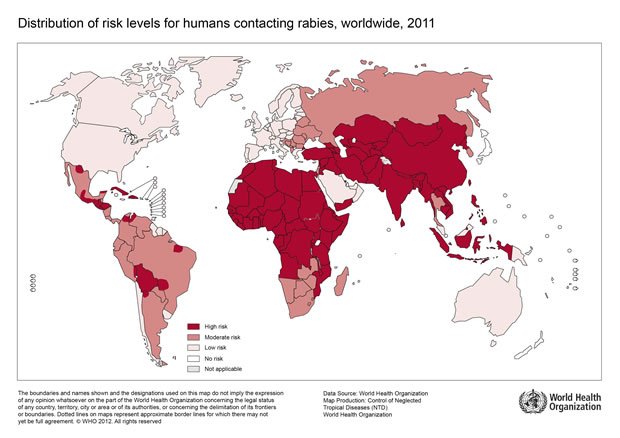 After an incubation period of one to two months rabies presents with non-specific prodromal symptoms and often with paraesthesiae of the bitten area.
As in canine rabies there are furious and dumb forms of the disease.

Differential diagnoses of furious rabies include hysterical pseudo hydrophobia, tetanus, other encephalitides, delirium tremens and various other intoxications. Paralytic rabies may have to be distinguished from postvaccinal encephalomyelitis, poliomyelitis and other causes of Landry-type ascending paralysis. Intensive care has produced some promising results: life-threatening complications can be prevented but there is some evidence that the severity of the encephalitis is the ultimate barrier to survival.  PMID:  982512 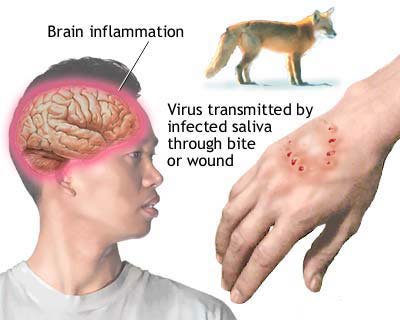 The rabies virus travels to the brain by following the peripheral nerves. The incubation period of the disease is usually a few months in humans, depending on the distance the virus must travel to reach the central nervous system. Once the rabies virus reaches the central nervous system and symptoms begin to show, the infection is effectively untreatable and usually fatal within days.

The rabies virus is one of a number of similar viruses in the Lyssavirus genus, in the family Rhabdoviridae, order Mononegavirales.  The virus is tiny, with a length of about 180 nm and a cross-section of about 75 nm. These viruses are enveloped and have a single-stranded RNA genome.  Once within a muscle or nerve cell, the virus undergoes replication. The trimeric spikes on the exterior of the membrane of the virus interact with a specific cell receptor, the most likely one being the Acetylcholine receptor. The cellular membrane allows entry of the virus into the cell. The virus then uses the acidic environment, which is necessary, and binds to its membrane, simultaneously releasing its five proteins and single strand RNA into the cytoplasm.

Strictly speaking this section should have been called Lyssavirus diseases, but no one would have known what I was talking about, as most people only know of the term Rabies.  The viruses in the family are similar in action and effect. 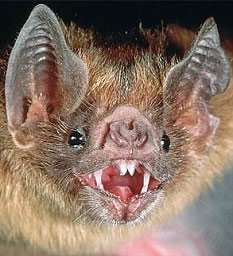 Australian bat lyssavirus (ABLV) is a recently emerged rhabdovirus of the genus lyssavirus considered endemic in Australian bat populations that causes a neurological disease in people indistinguishable from clinical rabies. There are two distinct variants of ABLV, one that circulates in frugivorous bats (genus Pteropus) and the other in insectivorous microbats (genus Saccolaimus). Three fatal human cases of ABLV infection have been reported, the most recent in 2013, and each manifested as acute encephalitis but with variable incubation periods. Importantly, two equine cases also arose recently in 2013, the first occurrence of ABLV in a species other than bats or humans. …. despite clear tropism differences between ABLV and RABV, the two viruses appear to utilize similar endocytic entry pathways. The recent human and horse infections highlight the importance of continued Australian public health awareness of this emerging pathogen.  PMID:  24556791

Treatment comes under two main headings - prevention and then treatment itself. 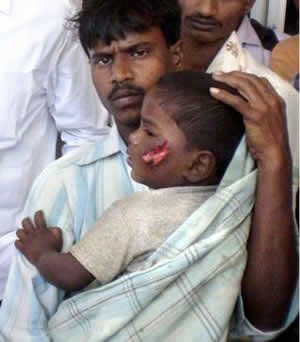 Islands are much luckier than mainland countries, as they can implement strict quarantine laws that prevent the influx of animals with rabies and also implement a programe of either eradication or immunisation of animals with the disease.  It requires understanding from the population of the sheer horrors of rabies to get this through.  All those doggy owners who love their dogs and think it won't matter if they sneak Fido in and out of the country are not only being horrendously stupid, but risking the life of little Fido too.  A dog with rabies is a truly heart wrenching sight.

Foxes were once a major carrier of rabies and in some countries still are.  The hunting of foxes was not just revenge for the massacre of chickens, but part of an attempt to control the spread of rabies.  The following may be of interest...

After more than 10 years of absence, in 2008 rabies re-emerged and spread in wild foxes in north-eastern Italy. In order to control the infection and to minimize the risk of human exposure, three oral foxes vaccination campaigns were first carried out by manual distribution of baits between January and September 2009, followed by four emergency oral rabies vaccination (ORV) campaigns by aerial distribution in the affected regions starting in December 2009. Ordinary aerial ORV campaigns followed in spring and fall 2011 and 2012, although no cases were reported after February 2011. In our paper, we describe the main characteristics of the rabies epidemic that occurred in north-eastern Italy in 2008-2011, with particular focus on the innovative systems that were implemented to manage and evaluate the efficacy of the aerial ORV. The Italian experience in containing and eliminating rabies in less than 3 years may provide information and suggestions for countries affected by rabies, and sharing a similar geomorphological conformation as Italy.   PMID:  24392677

Fox rabies was first recorded in France in March 1968, and remained a problem until 1998. In the course of the first two decades and despite the control measures applied, rabies expanded both in terms of the enzootic surface area and number of cases. The measures applied consisted of actions aimed at reducing fox population density, the mandatory vaccination of domestic carnivores in the officially infected areas, and use of human prophylaxis. Following the large scale implementation of oral vaccination of foxes, starting 1989-1990, the rabies front was pushed back and yearly incidence decreased until rabies was eliminated at the end of 1998. The comparison of results obtained during both periods of applying various strategies is spectacular. France remains exposed to the risk from bat rabies on one hand, and from accidental cases of canine rabies imported from enzootic countries, on the other.  PMID:  16371688

Dogs do not like foxes and if they encounter one another they fight.  This is how dogs get infected with rabies.  Dogs usually win - but lose.  For those who think their doggy woggy is OK because he lives in a town - think again - urban foxes are both numerous and unafraid of humans - principally because some people feed them.  Cats can get rabies too.

Oral immunization of foxes against rabies, by distributing vaccine-baits in the field, has been in progress since 1993 in the whole of the infected area of Belgium (10,000 km2). A vaccinia-rabies recombinant virus (VR-G) was used as vaccine because of its efficacy, safety and heat-stability. The successive campaigns of fox vaccination have induced a drastic decrease in rabies incidence and in 1998 there were no cases of rabies detected in the fox population. A marked decrease of human post-exposure treatments and the elimination of the disease in domestic animals have been the consequence of fox rabies control.  PMID:  777338

What I found fascinating in looking at the papers is that the biggest risk is actually complacency, and 'borders' between countries.  For example the European campaign would have been impossible without the existence of the EU and the collapse of the eastern block barriers

Despite perceived challenges to controlling an infectious disease in wildlife, oral rabies vaccination (ORV) of foxes has proved a remarkably successful tool and a prime example of a sophisticated strategy to eliminate disease from wildlife reservoirs. During the past three decades, the implementation of ORV programmes in 24 countries has led to the elimination of fox-mediated rabies from vast areas of Western and Central Europe. In this study, we evaluated the efficiency of 22 European ORV programmes between 1978 and 2010. During this period an area of almost 1.9 million km&sup2; was targeted at least once with vaccine baits, with control taking between 5 and 26 years depending upon the country. ….. Disproportionally greater effort is required in the final phase of an ORV programme, with a median of 11 additional campaigns required to eliminate disease once incidence has been reduced by 90 per cent. PMID: 23798690

In 2011, in Poland, 160 cases of rabies (in 2010 - 152 cases) were reported. Animal cases occurred primarily in the Malopolska province, where an increase in animal rabies cases has been observed since September 2010 and in Podkarpackie province. A single case of fox rabies was reported in Silesia, where there was no disease for many years. Rabies among terrestrial animals also occurred in the provinces ofLubelskie, Warmińsko-Mazurskie and Podlaskie. In other regions of the country there were recorded only isolated cases of bat rabies. In 2011, number of people vaccinated against rabies was 7 543 (in 2010 - 7,243), of which 300 (4%) due to exposure to the animals that were confirmed to have rabies. Among those vaccinated because of contact with the rabid animal, 68 people (over 22%) were vaccinated after contact with fox. As in previous years, people were mainly vaccinated after exposure to dogs and cats in which rabies could not be ruled out - 5 874 persons (78%).  PMID:  24340563 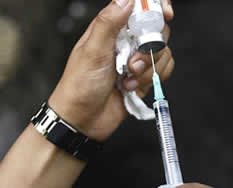 There is a vaccine.

If you watch the Story of Josh, you will be able to see what has to be done

The hallucinations, out of body experiences, visions and near death experiences are caused by Encephalitis, which ultimately is Brain damage