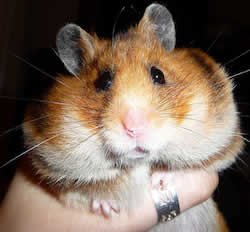 Mumps (epidemic parotitis) is a 'viral disease of the human species', caused by the mumps virus. Before the introduction of a vaccine, it was a common childhood disease worldwide. It is still a significant threat to health in developing countries, and outbreaks still occur sporadically in developed countries.

Painful swelling of the salivary glands – classically the parotid gland – is the most typical presentation.

The symptoms are generally not severe in children. My brother looked like a hamster, but it didn't seem to squash his appetite.

But in adult males and teenagers, painful testicular swelling may also occur. This is known in informal medical circles as the 'velvet cushion syndrome', because the goollies are so tender that all the poor chap wants to do is rest them on a velvet cushion.
In teenage males and men, complications such as infertility or subfertility can occur.

Fever and headache are also symptoms of mumps, together with 'malaise and anorexia'.

Other symptoms of mumps can include dry mouth, sore face and/or ears and occasionally in more serious cases, loss of voice.
My brother lost his voice for a while, it was blissful.

Up to 20% of people infected with the mumps virus do not show symptoms, so it is possible to be infected and spread the virus without knowing it.

Death is 'very unusual', according to Wikipedia. 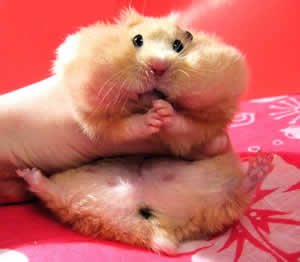 The problem is that the mumps virus is a virus and in people with a compromised immune system, things can get more dangerous, which is when they can get spiritual experiences. For example, if the immune system is unable to cope you can get: 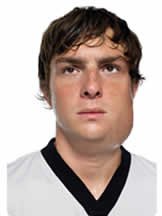 After the illness, lifelong immunity to mumps itself generally occurs; but the virus is not killed off but dormant. It can re-emerge and when it does it may produce different symptoms.

If the immune system is compromised in any way, it can spread around the body and produce other very severe illnesses whose pathology has only just started to become clear. The mumps virus, for example, can cause cancer. Ovarian cancer is associated with the mumps virus. Furthermore some still very weak links are starting to emerge between the mumps virus and stomach cancer and testicular cancer – note that some of these studies are in rats and mice

These results may be interpreted to indicate that an immunological incompetence enables the development of OCa possibly through a direct etiologic role of mumps virus. PMID: 445337

Mumps is a difficult virus to prevent because it is spread so easily. It is a contagious disease that is spread from person to person through contact with respiratory secretions, such as saliva from an infected person. When an infected person coughs or sneezes, the droplets aerosolize and can enter the eyes, nose, or mouth of another person. Mumps can also be spread by sharing food and drinks and by kissing. The virus can also survive on surfaces and then be spread after contact in a similar manner.

A person infected with mumps is contagious from approximately 6 days before the onset of symptoms until about 9 days after symptoms start. The incubation period (time until symptoms begin) can be from 14–25 days, but is typically 16–18 days.

The most common preventative measure against mumps is a vaccination with a mumps vaccine. But there seems to be some evidence that vaccines do not provide protection

In the last decade, several mumps outbreaks were reported in various countries despite high vaccination coverage.
In most cases, young adults were affected who have acquired immunity against mumps solely by vaccination and not by previous wild-type mumps virus infection.   PMID: 26047038

So the ones going down with the disease were the ones who had been vaccinated against it.  This may be in part due to the viral latency problem, the virus in the vaccine being a live virus.

There is no specific treatment for mumps.

“Symptoms may be relieved by the application of heat to the affected neck/testicular area and by warm saltwater gargles. If the person is able to eat nutritionally balanced foods containing zinc and other depleted minerals, this should help boost the immune system. Extra fluids may also help relieve symptoms. Patients are advised to avoid acidic foods and beverages, since these stimulate the salivary glands, which can be painful”.

It is the complications of mumps that cause the experiences.

In a compromised immune system, the virus is able to enter the cerebrospinal fluid and passing the blood brain barrier enter the brain, where, via inflammation and damage, it causes the experiences.