MRI contrast agents are a group of contrast media used to improve the visibility of internal body structures in magnetic resonance imaging (MRI). The most commonly used compounds for contrast enhancement are gadolinium-based.

In MRI scanners, sections of the body are exposed to a very strong magnetic field causing primarily the hydrogen nuclei ("spins") of water in tissues to be polarized in the direction of the magnetic field. An intense radiofrequency pulse is applied that tips the magnetization generated by the hydrogen nuclei in the direction of the receiver coil where the spin polarization can be detected. Random molecular rotational oscillations matching the resonance frequency of the nuclear spins provide the "relaxation" mechanisms that bring the net magnetization back to its equilibrium position in alignment with the applied magnetic field. The magnitude of the spin polarization detected by the receiver is used to form the MR image but decays with a characteristic time constant known as the T1 relaxation time.

Water protons in different tissues have different T1 values, which is one of the main sources of contrast in MR images. A contrast agent usually shortens, but in some instances increases, the value of T1 of nearby water protons thereby altering the contrast in the image. 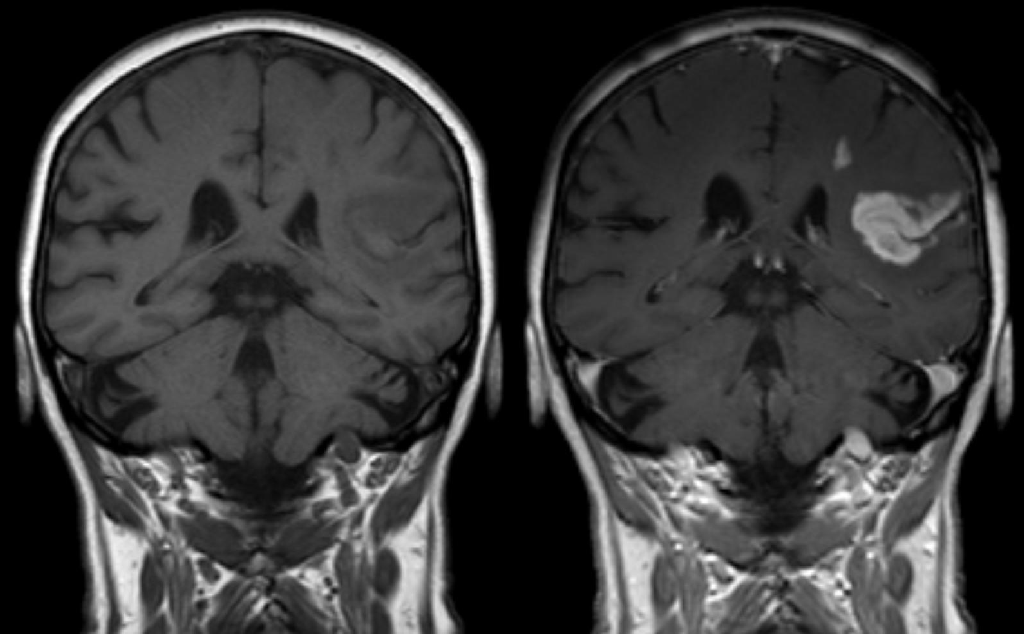 Why do people get hallucinations from MRI contrasting agents? - because they do as the observations show.

Gadolinium(III) containing MRI contrast agents (often termed simply "gado" or "gad") are the most commonly used for enhancement of vessels in MR angiography or for brain tumor enhancement associated with the degradation of the blood–brain barrier.

For large vessels such as the aorta and its branches, the gadolinium(III) dose can be as low as 0.1 mmol per kg body mass. Higher concentrations are often used for finer vasculature.

In theory Gd(III) chelates do not pass the intact blood–brain barrier because they are hydrophilic. Thus, these are used in enhancing lesions and tumors where the blood-brain barrier is compromised. But again, if the damage is severe, they may leak through.

The other option is simply that these substances are toxic to the body and toxins can cause hallucinations anway.

The following total figures were derived from the eHealthme site [and the observations below], which record the Adverse drug reports submitted by doctors to the FDA and SEDA.  The figures only apply to the USA and were correct as at January/February 2016.