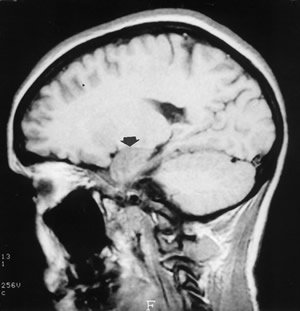 Hashimoto's Encephalopathy is a rare autoimmune disease associated with Hashimoto's thyroiditis.  In effect it is brain damage - encephalitis - caused by thyroid disease.

Hashimoto's Encephalopathy is a very rare condition, as such I am not going to devote much space to its description.  But its effects are so pronounced –hallucinations and visions are almost universal - and the mechanism so clear, that it is worth adding the description even though few people have heard of the disease and even fewer have been affected by it.

Up to 1990 there were only 8 reported cases. Between 1990 and 2000,  43 cases were reported. Up to and including 2005 there were only about 200 case reports of this disease. More cases are being reported now, which suggests that the condition may have been either undiagnosed in the past or lots of new pathogens have emerged.  The prevalence has been estimated to be 2.1/100,000 with a male:female ratio of 1:4. Although the mean age of onset is 44,  20% of cases present before the age of 18 years.

Symptoms of Hashimoto's encephalopathy may include: 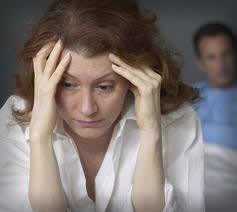 Whatever is attacking the thyroid moves on to attack the brain.  If you look at the causes of Encephalitis and those of Thyroid disease we see the recurrence of the same patterns - bacteria, viruses, toxins, heavy metals, fungi, parasites and pharmaceuticals. 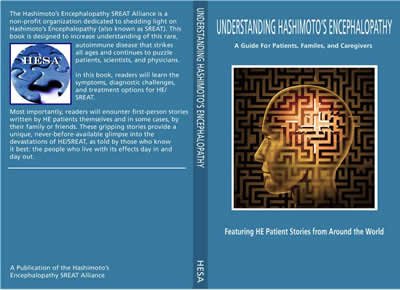 Find out what is attacking the thyroid.

Post-mortem studies have shown “lymphocytic vasculitis of venules and veins in the brain-stem and a diffuse gliosis involving gray matter more than white matter”.  So the disease affects the brain and more particularly the brain stem.

All the other symptoms that are common to Hashimoto's encephalopathy - personality changes, aggression, delusional behavior, concentration and memory problems, disorientation, headaches, jerks in the muscles (myoclonus - 65% cases) , lack of coordination (ataxia - 65% cases) , partial paralysis on the right side, seizures (60% cases), sleep abnormalities (55% cases) , speech problems (transient aphasia - 80% cases), status epilepticus (20% cases), and tremors (80% cases) are all consistent with brain damage in other areas of the brain – the ‘diffuse gliosis involving grey matter’ described above.

So it is caused by Brain damage.

The observations for this disease are listed under both encephalitis and thyroid disease rather than here as these are the real causes of this disease - the name simply describes two diseases lumped into one.  I have included a couple just to show it does cause experiences.