Bees gather nectar from flowers and from it they make honey.  Some of those flowers may be from plants that are toxic to humans or which are ‘hallucinogenic’. 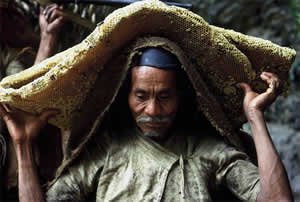 If we take a specific example, Rivea corymbosa is a species of morning glory, native throughout Latin America from Mexico in the North to Peru in the South and widely naturalised elsewhere. Its flowers secrete copious amount of nectar, and the honey the bees make from it is “very clear and aromatic and widely sought”. And Rivea Corymbosa is classified as  “an hallucinogen”.

Grayanotoxin can be found in honey made from the nectar of plants in the family Ericaceae and causes a very rare poisonous reaction called grayanotoxin poisoning, honey intoxication, or rhododendron poisoning.  In this case, you get delirium from poisoning – this has occurred quite a number of times and resulted in hallucinations and near death experiences.   The ingestion of 75ml of Turkish honey containing grayanotoxin, for example,  “produced coma, convulsions, bradycardia and atrioventricular block in a 17 year old woman” [Gossinger et al Vet Hum Toxicol 1983]

So if you have had an odd experience from eating honey or drinking mead made from honey, this may be the reason why. 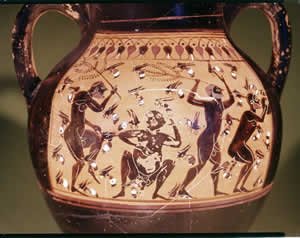 We are used to the idea that honey somehow comes from the plant specified on the label of the jar. But this labelling of honey is somewhat misleading. 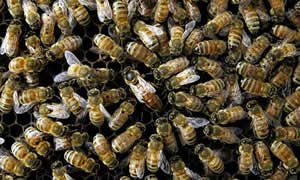 A beekeeper does not herd his bees, he has no control over them at all.  They could be feeding on anything.  Honey labelled as being – for example, acacia honey, may be nothing of the sort because the bees have decided [being creatures of free will and enterprise] that they would rather feed on dandelions.

Having kept bees ourselves, we know that a bee can go several miles to find nectar and is fairly indiscriminate in its foraging.  We found it somewhat pointless to instruct our bees [in a suitably stern voice] to go towards the heather moors near us, they ignored us.  Those vendors of honey who claim their honey is acacia honey or eucalyptus honey are actually not being entirely honest, as this may be the primary source, because it may be the plant that is most abundant in the area, but as you cannot fence in a bee, it will undoubtedly contain other nectar from other plants.

So in reality you will have no idea whether your honey is going to be hallucinogenic or toxic unless you have sited the hives in the centre of a 300 square mile field of opium poppies.  The odds then will be high that the honey will be a little bit different.

Lots more examples can be found on Pubmed and the Internet if you type in ‘mad honey’.