Croup is a severe respiratory condition caused by either a viral infection or bacterial infection. 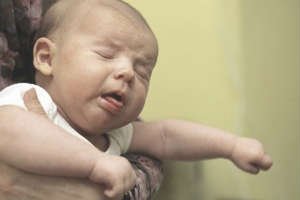 Croup affects about 15% of children, and usually presents between the ages of 6 months and 5–6 years. It accounts for about 5% of hospital admissions in this population. In rare cases, it may occur in children as young as 3 months and as old as 15 years. Males are affected 50% more frequently than are females.

The most commonly used system for classifying the severity of croup is the Westley score. It is primarily used for research purposes rather than in clinical practice. It is the sum of points assigned for five factors: level of consciousness, cyanosis, stridor, air entry, and retractions.  The final score ranges from 0 to 17.

Croup  leads to swelling inside the throat, which interferes with normal breathing and produces the classical symptoms of a "barking" cough, stridor, hoarseness amd severe difficulties in breathing. The "barking" cough is often described as resembling the call of a seal or sea lion.  The stridor is worsened by agitation or crying.  Other symptoms include fever, coryza (symptoms typical of the common cold), and chest wall indrawing. 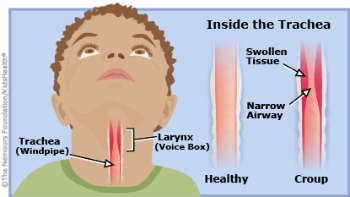 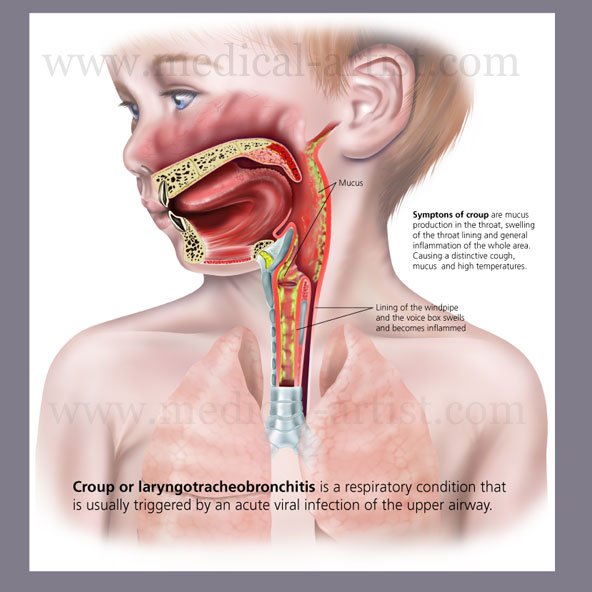 Children with croup are generally kept as calm as possible.

In symptom based medicine, steroids are given routinely, with epinephrine used in severe cases.

Children with oxygen saturations under 92% receive oxygen, and those with severe croup may be hospitalized for observation. If oxygen is needed, "blow-by" administration (holding an oxygen source near the child's face) is used as it causes less agitation than use of a mask.

Although the cause is bacteria and viruses, there are few caused based treatments that appear to be available.

The infection that causes croup leads to swelling of the larynx, trachea, and large bronchi.   Swelling produces airway obstruction which, in essence is Asphyxiation.