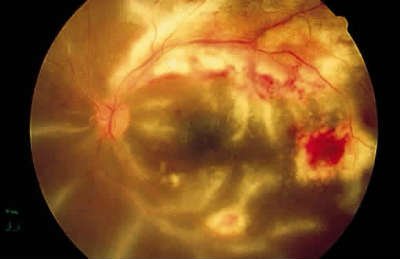 Cytomegalovirus is a virus from the Herpesviridae or herpesvirus family, capable of causing Viral infection. Its name is typically abbreviated to CMV. The species that infects humans is commonly known as human CMV (HCMV) or human herpesvirus-5 (HHV-5).  Unlike many of the other viruses in this family, the symptoms it causes have not been given an easily recognised name.  Whereas the Varicella Zoster virus is known as Chicken pox, for example, the CMV symptoms are not named.  This is principally because it is a true stealth virus leaving few visible signs.  It is possibly the stealthiest of all in this family, but may still be the cause of countless diseases, illnesses and deaths. 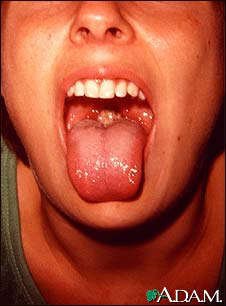 All herpesviruses share a characteristic ability to remain quietly dormant within the body over long periods only to reappear years later when the person is feeling low or immunocompromised.

HCMV is found throughout all geographic locations and socioeconomic groups, and infects between 50% and 80% of adults in the United States and rather interestingly around 40% worldwide.  It can be detected via the presence of antibodies. Seroprevalence is age-dependent: 58.9% of individuals aged 6 and older are infected with CMV while 90.8% of individuals aged 80 and older are positive for HCMV.  HCMV is also the virus most frequently transmitted to a developing fetus.  HCMV infection is the most significant viral cause of birth defects in industrialized countries. CMV "seems to have a large impact on immune parameters in later life and may contribute to increased morbidity and eventual mortality” 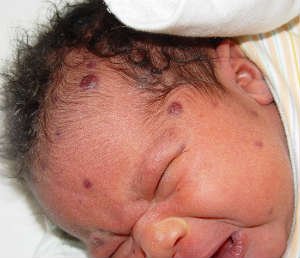 Infants who are infected before birth usually show no symptoms of a CMV infection after they are born, although some can develop hearing, vision, neurological, and developmental problems over time. In a few cases, there are symptoms at birth, which can include premature delivery, being small for gestational age, jaundice, enlarged liver and spleen, microcephaly (small head), seizures, rash, and feeding difficulties. These babies are also at high risk for developing hearing, vision, neurological, and developmental problems.  Most infants show no symptoms of CMV infection; however, a few may develop pneumonia or other symptoms.

Premature and ill full-term infants who are infected soon after birth are also at risk for neurological and developmental problems over time. 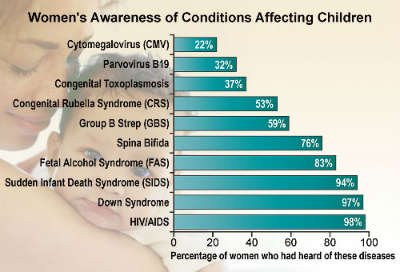 Although CMV infections that occur in children usually don't cause significant illness, some immunocompromised children may develop pneumonia, hepatitis (inflammation of the liver), or a rash.  Older children who become infected may have symptoms similar to those which occur from EBV, including fatigue, muscle aches, headache, fever, and enlarged liver and spleen.

CMV can cause serious infections in people who have received organ transplants or those whose immune systems are weakened. In someone with AIDS or HIV, CMV infection may involve the lungs, nervous system, gastrointestinal tract, and the eye, sometimes causing blindness.

CMV is yet another stealth virus.  it remains in the body and works its way round our entire system when our immune system has been compromised and is unable to combat the spread.

It is only now that scientists are begining to realise just how many diseases and illnesses may be caused by viruses that reappear when we are low.  Although the accepted wisdom is that people catch these viruses when they are in hospital and have undergone transplants or are undergoing renal dialysis, for example, there is also the very real possibility that the virus was responsible for the disease in the first place, it just happens that it becomes more apparent and more virulent when the person is very susceptible.  Some examples of illnesses now assocated with CMV include:

Heart failure and coronary heart disease - is now being linked to CMV with more and more viruses being found that both cause hardening of the arteries and a damaged heart, for example
“High levels of CMV [cytomegalovirus] antibodies are significantly associated with incident CHD. [coronary heart disease] Infection with CMV, particularly in more susceptible disease states such as diabetes, may be an important risk factor for CHD. PMID: 10888976

Pneumonia - In adults viruses account for approximately a third of pneumonia cases.  Commonly implicated agents include: rhinoviruses  coronaviruses,  influenza virus,  respiratory syncytial virus (RSV), adenovirus,  and parainfluenza.   Herpes simplex virus is a cause of pneumonia. And so is cytomegalovirus (CMV).

Schizophrenia and Manic depression - CMV is yet another virus implicated in these and other mental problems.  There are certain instances where the immune system is so compromised that the virus is able to enter the cerebrospinal fluid and passing the blood brain barrier enter the brain, where, via inflammation and damage, it causes the experiences.  In effect, the virus causes temporary [or permanent] Brain damage. 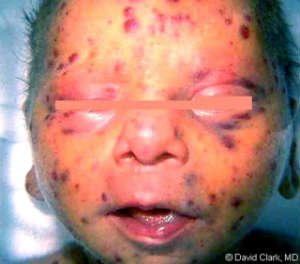 Blindness, macular degeneration and sight impairment - the illness is called CMV retinitis as the virus attacks the retina and can be picked up when you have your eyes tested

IBS - CMV is a prime cause of IBS and other intestinal diseases.  It is given another name - cytomegalovirus colitis, but the symptoms are the same.  This is the problem with symptom base medicine

Cancer  - can be caused by CMV.   Some examples include:

Cytomegalovirus (CMV) was isolated from cell cultures derived from 2 of 10 cervical cancer biopsies from patients in an advanced stage of the disease. … …. 6 of 8 patients tested also had herpesvirus type 2 antibodies.  PMID:  208996

and in case you think this is an isolated paper

Kidney disease – in transplant patients whose immune systems are compromised, there is a very high incidence of CMV infections.  From what one can gather from the literature, CMV can already be present in the recipient or may have been present in the donor and in the donor it can often be difficult to detect.  What has been overlooked appears to be the contribution CMV made to the kidney disease, the fact it becomes apparent during transplant does not preclude the possibility that it might also have been the reason for needing one

The objective of this randomized, prospective study was to compare preemptive to deferred treatment of cytomegalovirus (CMV) infection in high-risk renal transplant recipients. Conducted at a university-affiliated transplant center, the study included 36 renal allograft recipients with donor or recipient CMV-seropositivity …... Culture cannot be considered the "gold standard" for detection of CMV viremia, especially when transport of specimens over distances results in processing delays. PMID:  9013456

note the other viruses mentionned in this list - hepatitis viruses and EBV.

Pancreas disease –as with kidney transplants, there is a very high incidence of CMV infections.  From what one can gather from the literature, CMV can already be present in the recipient or may have been present in the donor and in the donor it can often be difficult to detect.  What has been overlooked appears to be the contribution CMV made to the pancreas disease, the fact it becomes apparent during transplant does not preclude the possibility that it might also have been the reason for needing one

notice that there is never any one cause for a disease of the organ, but the 'Big Six' reappear over and over again-  fungal infections, bacterial infections, viral infections, pharmaceuticals and drugs, parasites and toxins; closley followed by surgery and other physical damage.

There are comparable findings for many other organs - the lungs and heart being but two. 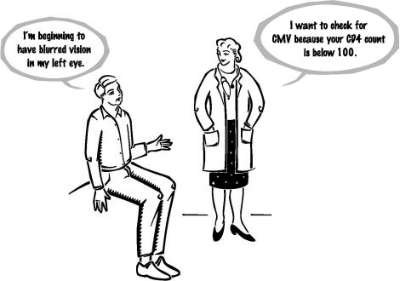 Cytomegalovirus (from the Greek cyto-, "cell", and -megalo-, "large") is a viral genus of the viral family known as Herpesviridae or herpesviruses.

It is typically abbreviated as CMV. The species that infects humans is commonly known as human CMV (HCMV) or human herpesvirus-5 (HHV-5), and is the most studied of all cytomegaloviruses. Within Herpesviridae, CMV belongs to the Betaherpesvirinae subfamily, which also includes the genera Muromegalovirus and Roseolovirus (HHV-6 and HHV-7). It is related to other herpesviruses within the subfamilies of Alphaherpesvirinae that includes herpes simplex viruses (HSV)-1 and -2 and varicella-zoster virus (VZV), and the Gammaherpesvirinae subfamily that includes Epstein–Barr virus.

All herpesviruses share a characteristic ability to remain latent within the body over long periods. Although they may be found throughout the body

In terms of prevention, there appears to be nothing that one can do to protect oneself from this virus.  I could find no cures.  It may help to know how it is contracted:

A vaccine against cytomegalovirus (CMV) is currently under investigation.  CMV can cause congenital defects and there has been considerable effort made towards the development of a vaccine, which provides protection for pregnant women. Development of such a vaccine has been emphasized as a priority by the National Vaccine Program Office in the United States. A phase 2 study of a CMV vaccine published in 2009 indicated an efficacy of 50%, thus the protection provided was limited and a number of subjects contracted CMV infection despite the vaccination. In one case also congenital CMV was encountered.

The best advice that can be given is that provided for a number of viral infections.

If I find more papers that are helpful in fighting this virus I will add them as I go along, including any related to plants as medicines.

In general CMV does not give you spiritual experiences, but the illnesses it causes do.

But there are certain instances where the immune system is so compromised that the virus is able to enter the cerebrospinal fluid and passing the blood brain barrier enter the brain, where, via inflammation and damage, it causes the experiences.