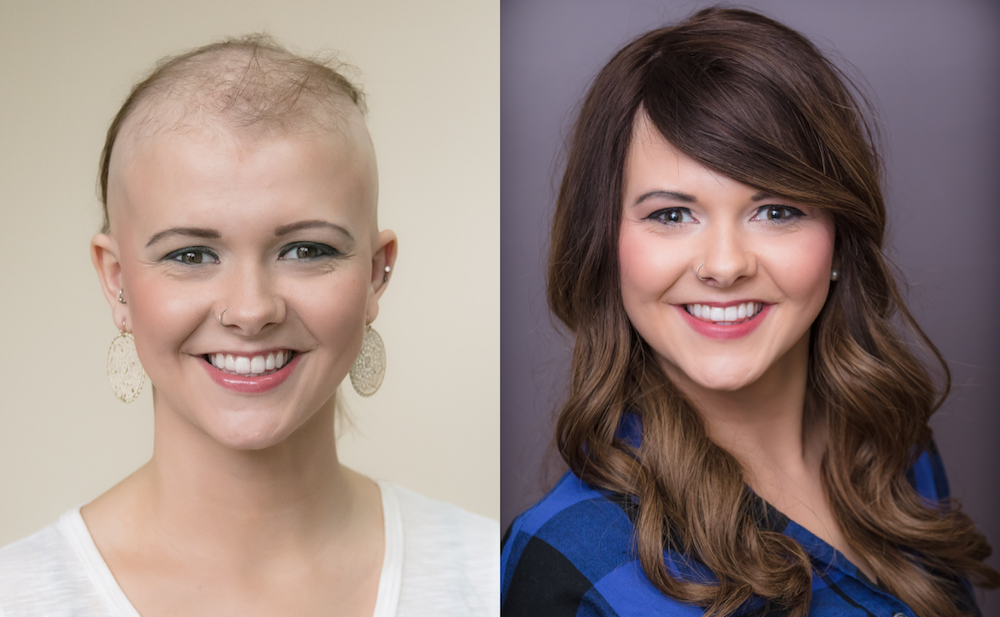 Alopecia is the general medical term for hair loss.   Hair loss, also known as baldness, refers to a loss of hair from parts of, or in rare cases all, the head or body.  Spot baldness, is a condition in which hair is lost from some of the body. For example, it may result in a few bald spots on the scalp, each about the size of a coin. In a few, all the hair on the scalp or all body hair is lost and loss can be permanent.

Animals too can suffer from alopecia and the types of causes are often the same as those in humans – stress, fungus, bacteria, viruses, parasites, pharmaceuticals, chemicals, toxins etc.  If we take some examples

Hair loss is thus a common problem in many animals. Pattern hair loss by age 50 affects about half of human males and a quarter of human females.

Side effects of other illnesses 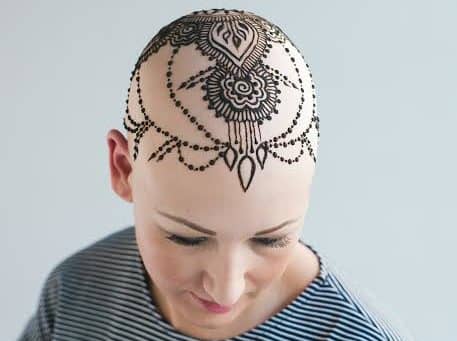 A whole host of illnesses can produce alopecia, and in all these cases, the illness itself needs to be investigated and the cause of that illness.  For example: 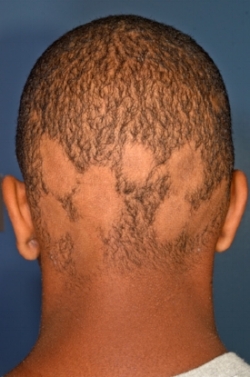 Alopecia is a symptom and not a cause, there are many types of hair loss with different symptoms.  The many names allocated by the medical profession are exceptionally confusing - they have not been tremendously systematic [or helpful] in their choice of names in this area, especially given that the causes follow a well ordered pattern.  Examples include:

DC likely involves both follicular dysfunction and a …. cutaneous immune response to commensal bacteria, such as coagulase negative staphylococci.  PMID: 24852785

The role of Intestinal Dysbiosis and 'Autoimmunity' 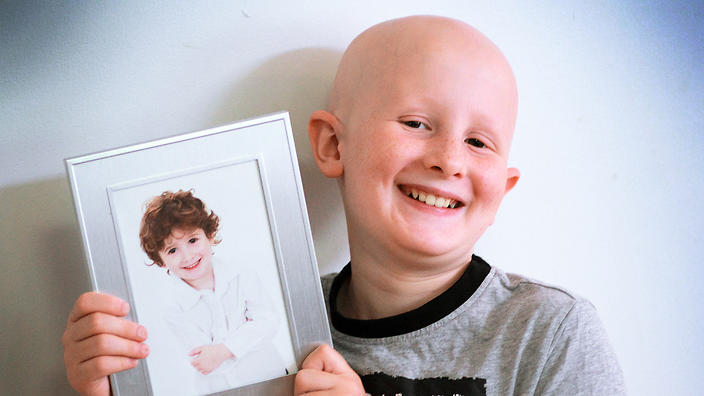 As can be seen from the above descriptions, fungi, bacteria, viruses, toxins, parasites and so on can be a major cause of alopecia.  On many occasions, when the disease is classified as an autoimmune disease, the body is not attacking cells, it is attacking pathogens that have been gradually expelled by the immune system to the skin's surface.  It is however, then worth asking the question where did all these pathogens come from?  How did they get into the blood stream, when the gastrointestinal system is intended to keep them out?  And the answer is that they got into the blood stream via a 'leaky gut'.

The use of antibiotics and a number of other pharmaceuticals can not only can cause a leaky gut but may result in catastrophic changes to the intestinal flora.  In this research, the dysbiosis created resulted in biotin deficiency.  Antibiotic treatment induced the accumulation of detrimental bacteria in the gut, which consumed residual biotin and depleted available biotin in the gut. :

Metabolism by the gut microbiota affects host physiology beyond the gastrointestinal tract. Here, we find that antibiotic-induced dysbiosis, in particular, .... impaired gut metabolic function and led to the development of alopecia. While deprivation of dietary biotin per se did not affect skin physiology, its simultaneous treatment with vancomycin resulted in hair loss ...... Collectively, our results indicate that luminal metabolic alterations associated with gut dysbiosis and dietary modifications can compromise skin physiology.  PMID:  28813664 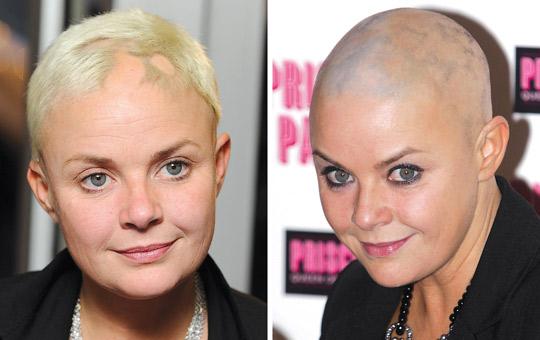 Where no disease or trauma is present the cause is almost always genetic, certain genes predispose certain people – particularly men – to baldness.

From the list of the different types of alopecia, we can see that a considerable number of types are caused by either ongoing stress or psychological trauma.  Stress and trauma inhibit the immune system and prevent it from fully fighting pathogens.  Amongst the more obvious ones of physical or mental abuse or work related stress one new cause  of stress has emerged

Climate change contributes to the increase in severity and frequency of flooding, which is the most frequent and deadly disaster worldwide. Flood-related damage can be very severe and include health effects. Among those health impacts, dermatological diseases are one of the most frequently encountered. Both infectious and noninfectious dermatological conditions are increasing after flooding.
We searched PubMed using the search term climate change OR global warming OR rainfall OR flooding OR skin. Articles published in the English-language literature were included. We also searched the International Society of Dermatology website library on climate change for additional articles.
There is an increased risk of trauma during the course of a natural disaster. The majority of post-tsunami wound infections were polymicrobial, but gram-negative bacteria were the leading causes. Infectious diseases with dermatological manifestations, such as impetigo, leptospirosis, measles, dengue fever, tinea corporis, malaria, and leishmaniasis, are important causes of morbidity among flood-afflicted individuals. …… Dermatological conditions such as alopecia areata, vitiligo, psoriasis, and urticaria can be induced or exacerbated by psychological conditions post disaster. PMID:  29377078 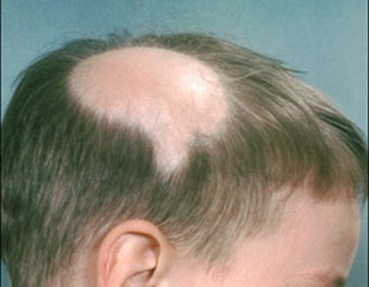 Cells need oxygen to function, and the hair follicle is just another group of cells.  Thus is the cells are deprived of oxygen as a consequence of atherosclerosis, endothelial dysfunction, environmental pollution or even just smoking, the hair is going to suffer:

…..the association of tobacco smoking with various adverse effects on the skin and hair has long been recognized. Increasing public awareness of the association between smoking and hair loss seems to offer a good opportunity for the prevention or cessation of smoking, since the appearance of hair plays an important role in the overall physical appearance and self-perception of people. PMID: 26370649

Syphilis is a sexually transmitted infection caused by the bacterium Treponema pallidum subspecies pallidum.  One of its symptoms is alopecia.

A 42-year-old patient, HIV negative, presented with a 2-month history of progressive generalized thinning of the hairs and small non-scarring irregular alopecia patches of the parietal-occipital areas of the scalp. The patient was under sertraline hydrochloride therapy for a recent diagnosis of bipolar disorder, and expressed the concern that the drug was causing the hair-loss. Accurate anamnesis and visiting of the patient revealed asymptomatic pale pink speckles of the trunk and limbs, and a bilateral psoriasis-like palmo-plantar hyperkeratosis, suggestive of secondary syphilis, further confirmed by serology. Specific antibiotic treatment healed all skin and scalp manifestations, but also the moodiness disorders, which allowed complete psychiatric drug dismissing. PMID:  28906089

Radiation-induced alopecia after fluoroscopically guided procedures is becoming more common due to an increasing use of endovascular procedures. It is characterized by geometric shapes of nonscarring alopecia related to the area of radiation. We report a case of a 46-year-old man presenting with asymptomatic, sharply demarcated rectangular, nonscarring alopecic patch on the occipital scalp following cerebral angiography with fistula embolization under fluoroscopy. His presentations were compatible with radiation-induced alopecia. Herein, we also report a novel scalp dermoscopic finding of blue-grey dots in a target pattern around yellow dots and follicles, which we detected in the lesion of radiation-induced alopecia.  PMID:  28074164

Pharmaceuticals including chemotherapy and other toxins or poisons

As we saw above, antibiotics are a major cause of alopecia because of their effect on the intestine and the resulting gut dysbiosis.  Another major cause is immunosuppressants.  Clearly where the attacking agent is a pathogen, the immunosuppressants suppress the immune system allowing the pathogen to attack the skin from within, destroying hair and hair follicles in the process

Trichodysplasia spinulosa is a rare disease that occurs in the setting of immunosuppression, …... Clinically, it is characterized by a centrofacial cutaneous eruption of erythematous papules with a central keratinous spicule, often associated with variable degrees of alopecia. Histologic findings are characteristic, and electron microscopy reveals the presence of trichodysplasia spinulosa associated polyomavirus.  PMID:  29806684

Fluconazole is an antifungal medication, it has very serious side effects including liver problems, QT prolongation, and seizures. During pregnancy it may increase the risk of miscarriage while large doses may cause birth defects.  And it also causes alopecia:

Any pharmaceuticals that affect the body’s hormone balance can have a pronounced effect on hair gain or loss: these include the contraceptive pill, hormone replacement therapy, acne medications and anabolic steroids.

The following link should take you to the eHealthme website which lists all the pharmaceuticals implicated in causing – directly or indirectly – alopecia.  The lists are drawn up from Adverse Drug Reports submitted to SEDA and the FDA by doctors. LINK

Several thousand drugs are listed, indicating that doctor prescribed drugs are a major cause of alopecia. 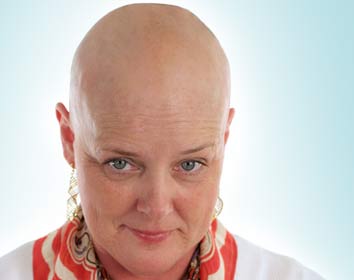 By definition, Tinea capitis is a cutaneous fungal infection (dermatophytosis) of the scalp. The disease is primarily caused by dermatophytes in the Trichophyton and Microsporum genera that invade the hair shaft. At least eight species of dermatophytes are associated with tinea capitis.

We report a case of a healthy 19-year-old Hispanic male presenting with a 2-month history of a large, painful subcutaneous boggy plaque on the scalp with patchy alopecia, erythematous papules, cysts and pustules. ….. A punch biopsy of the scalp demonstrated endothrix consistent with tinea capitis, but with a brisk, deep mixed inflammatory infiltrate as can be seen with chronic dissecting cellulitis. Fungal culture revealed Trichophyton tonsurans.  PMID:  23582018

Microsporum canis is a worldwide diffused zoophilic dermatophyte which causes clinical conditions often characterised by multifocal alopecia, scaling, and circular lesions in many animal species, including humans.  [PMID: 30189676] It is largely resistant to pharmaceuticals – though not to plants.  There are also a number of yeasts implicated in causing alopecia including the Malassezia species.

HPV and Polyomavirus have been implicated in causing alopecia, as has Herpes Zoster – shingles.

Our aim was to study the potential link between hepatitis B virus (HBV) antigen exposure and Alopecia areata - AA.

METHODS: Two pediatric patients with AA following hepatitis B vaccination were identified in a general dermatology clinic. A bioinformatics analysis and an electronic medical record (EMR) database query were performed at the University of Rochester Medical Center to identify patients with AA, coexisting viral infections, vaccinations, or interferon (IFN) therapy in order to determine if the presence of AA and these conditions was higher than in AA patients without these associated conditions or therapy.
RESULTS: An increased frequency of AA among those who received the HBV surface protein antigen [odds ratio (OR) 2.7, p < 0.0001] was identified, and an independent analysis revealed an increased frequency of AA in those receiving IFN-β treatment (OR 8.1, p < 0.05). One potential antigenic target identified was SLC45A2, a melanosomal transport protein important in skin and hair pigmentation. The longest potential vaccine peptide fragment match (8-mer) was to a segment of natural killer (NK) cell inhibitory receptors, KIR3DL2 and KIR3DL1. Predictive modeling of major histocompatibility complex (MHC)-peptide binding demonstrated potential binding of this peptide to MHC relevant to AA.
LIMITATIONS: The results will need to be verified in additional patient databases allowing analysis of temporal relationships, and with molecular experiments of the identified antigens.
CONCLUSIONS: Our data confirm associations between viral infection and IFN treatment with AA. It establishes that the hepatitis B surface protein antigen has shared epitopes with human killer immunoglobulin-like receptors.  PMID:  28801732 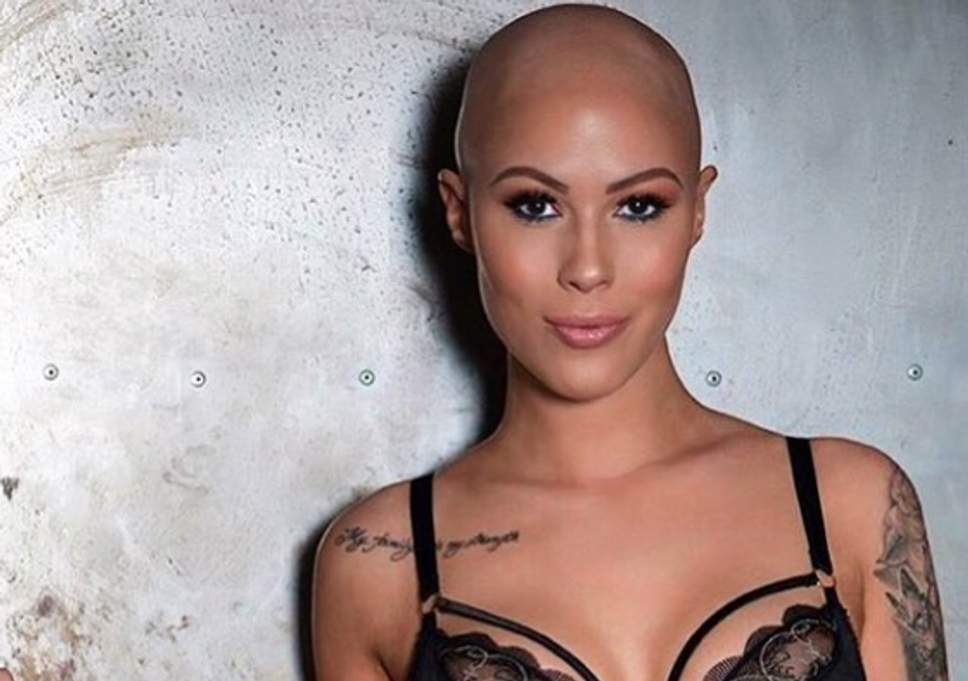 Constant pressure, friction, and rubbing of the skin can damage the hair follicle and the skin resulting in blisters and ulcers as well as hair loss.  There may also be bruising.

Mites and other skin parasites have a very damaging record for producing hair loss, principally because they attack the hair follicle – often in their attempts to obtain food.  Demodex folliculorum, for example is a microscopic mite that feeds on the sebum produced by the sebaceous glands, denies hair essential nutrients and can cause thinning and hair loss.

Demodex mites are ectoparasites often found in follicles of facial skin. ….. a growing number of studies indicated that they contribute to chronic inflammatory conditions of the skin, such as rosacea, blepharitis, otitis externa, alopecia and folliculitis. PMID: 21715284

The Sebaceous adenitis that destroys sebaceous glands in some dogs is often caused by mites.

Hair and the hair follicles need nutrients to work correctly.

the quantity and quality of hair are closely related to the nutritional state of an individual. Normal supply, uptake, and transport of proteins, calories, trace elements, and vitamins are of fundamental importance in tissues with high biosynthetic activity, such as the hair follicle. In instances of protein and calorie malnutrition as well as essential amino acid, trace element, and vitamin deficiencies, hair growth and pigmentation may be impaired.  PMID: 26370649

Find and address the cause.