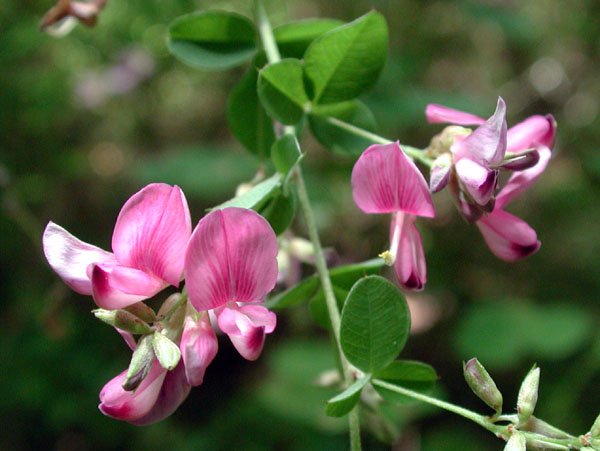 5-MeO-DMT (5-methoxy-N,N-dimethyltryptamine) is a powerful naturally occurring tryptamine. It is found in a wide variety of plant species, and a single toad species.

The plants in which 5-MeO-DMT is found, have been used for thousands of years  by South American shamans, in a few absolutely key ceremonies.  5-MeO-DMT is also a sacrament of the Church of the Tree of Life. From approximately 1971 to the late 1980s, 5-MeO-DMT was discreetly available to members of this Church, again because it had a very specific purpose.  And that purpose is to help with one key stage of the spiritual path - known colloquially as purgatory and on our site as rebirth.

5-MeO-DMT and the spiritual path 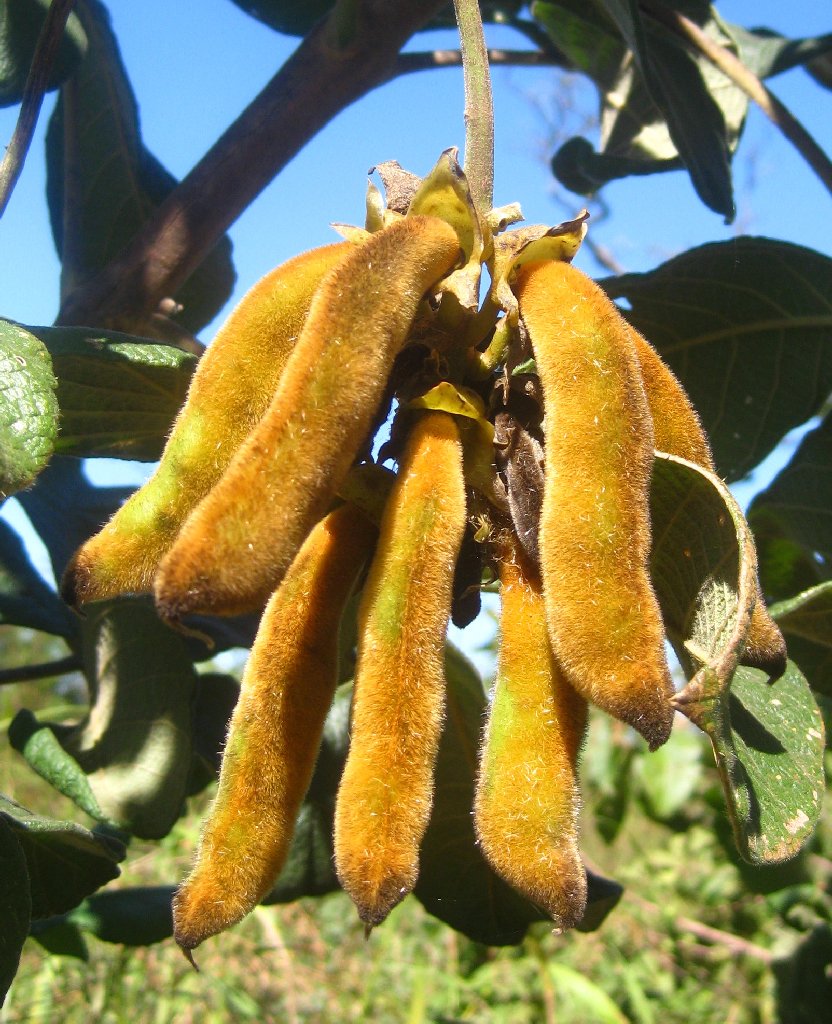 Only LSD and Psilocybin rank alongside it, as overload mechanisms, although Ibogaine has proved itself effective as a suppression based mechanism.  Neither LSD or Psilocybin, however,  seem as consistent in their action.  5-MeO-DMT provokes a more violent rebirth, than Ibogaine, but this may be needed in some cases.

Practically all the observations below describe what people went through during the rebirth process.  At lowish doses, all that might be provoked are hallucinations, but at the 'correct' dose  - and this is age, weight and temperament dependent - ego death is pretty nearly complete.

Those who use 5-MeO-DMT in a spiritual context only use this drug once.  After having been through this midnight of the soul, they then proceed on the spiritual path to the stages of purification.  But those who have no understanding of the importance of this drug spiritually often go backwards, continue to mess up their lives, do not relearn and find themselves longing for a repeat of the process to cleanse themselves of the harm they have done by not learning.

In repeating the use of this drug, they risk brain damage.  And indeed there is enough evidence to show that repeated use results in brain damage. 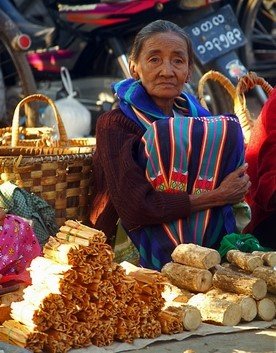 several neurotransmitter receptors involved in the pharmacology of psychedelics, such as serotonin and sigma-1 receptors, have been shown to play crucial roles in numerous immunological processes. This emerging field also offers promising treatment modalities in the therapy of various diseases including autoimmune and chronic inflammatory conditions, infections, and cancer. However, the scarcity of available review literature renders the topic unclear and obscure, mostly posing psychedelics as illicit drugs of abuse and not as physiologically relevant molecules or as possible agents of future pharmacotherapies. In this paper, the immunomodulatory potential of classical serotonergic psychedelics, including N,N-dimethyltryptamine (DMT), 5-methoxy-N,N-dimethyltryptamine (5-MeO-DMT), lysergic acid diethylamide (LSD), 2,5-dimethoxy-4-iodoamphetamine, and 3,4-methylenedioxy-methamphetamine (MDMA) will be discussed from a perspective of molecular immunology and pharmacology. ….. novel approaches will be suggested feasible for the treatment of diseases with chronic inflammatory etiology and pathology, such as atherosclerosis, rheumatoid arthritis, multiple sclerosis, schizophrenia, depression, and Alzheimer's disease. PMID:  26236313

This fact makes what follows that much more tragic 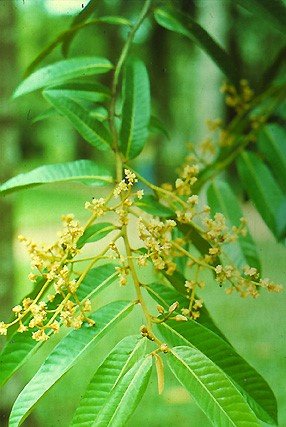 This action by the DEA Deputy Administrator is based on a scheduling recommendation from the Assistant Secretary for Health of the Department of Health and Human Services (DHHS) and a DEA review indicating that 5-MeO-DMT meets the criteria for placement in schedule I of the CSA. This final rule will impose the criminal sanctions and regulatory controls of schedule I substances under the CSA on the manufacture, distribution, dispensing, importation, exportation, and possession of 5-MeO-DMT.  PMID:  21171485

And indeed the Department of Health and Human Services had every reason to be concerned, because this drug was being treated as some sort of recreational drug, and repeated use and misuse were resulting in a considerable number of hospital admissions.  But how sad that ignorance and a complete lack of spiritual understanding - by the users, not the DHHS -  has resulted in this. 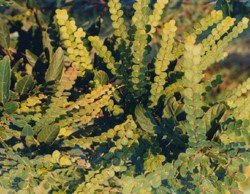 5-MeO-DMT is a methoxy derivative of DMT. Its pharmacological action is mainly through serotonin (5-HT) receptors. Specifically, this molecule shows high affinity for the 5-HT2 and 5-HT1A subtypes.  In effect, almost all its effects are achieved via serotonin imbalance.  Taken once, in the correct dosage, it is possible that the ego - a function controlled by serotonin, is subjected to such a barrage of messages it produces initially a high intensity execution of the function and then a temporary knock-out.

During this temporary knock-out it appears the Higher spirit is able to also do repair work, we lose old destructive functions and are given new functions.  Thus it is a sort of waking software/functional update, which is as unpleasant as it sounds especially as all this amendment to our systems can be felt.  If we continue with this analogy it is also not a bug fix, it is the implementation of a new version of the software which if you see what happens to your computer usually involves a shutdown and a restart.

And this is what this chemical does and that is exactly how it feels – a shut down, a sort of death, and afterwards, a restart as a new you functionally; you are really not sure you are the same person. Often you are not.

Another important point however is that  5-MeO-DMT is O-demethylated by polymorphic cytochrome P450 2D6 (CYP2D6) to an active metabolite, bufotenin. 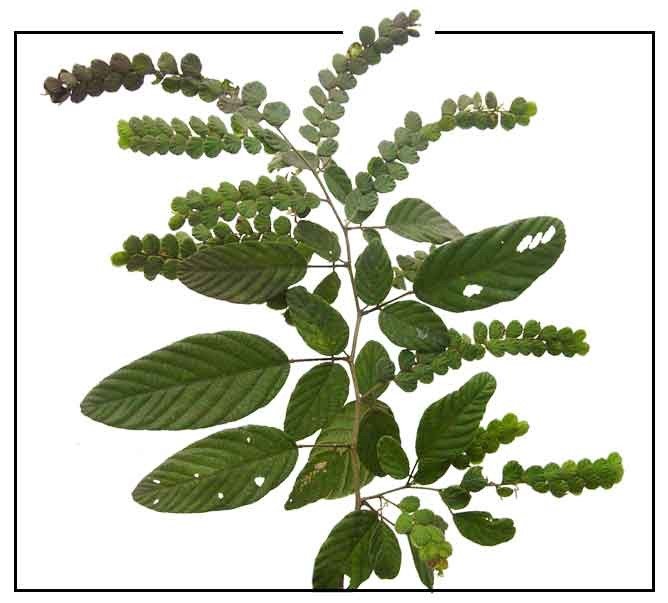 In a study into the relationship between 5-MeO-DMT and antipsychotics, [Int J Neuropsychopharmacol. 2014 Mar 20 - The natural hallucinogen 5-MeO-DMT, component of Ayahuasca, disrupts cortical function in rats: reversal by antipsychotic drugs. Riga MS et al PMID: 24650558], researchers identified the fact that a number of anti-psychotics – notably haloperidol, clozapine, risperidone, and the mGlu2/3 agonist LY379268 – reversed the effects of 5-MeO-DMT.  Given that the effects of 5-MeO-DMT are actually positive [on a one off basis] from a health point of view, it is interesting to speculate what these drugs are doing to people’s health.

Given that a group of drugs act on these receptors this becomes a serious area of study, given the effects.  In addition to the anti-psychotics, some migraine and headache treatments, anti-anxiety treatments, Parkinson's disease treatments, anti-emetics, appetite stimulants, and hypertension drugs antagonise these receptors.  We could be altering the psyche of numerous people in unexpected and unintended ways using these pharmaceuticals.

The following list shows some of the plants and animals containing 5-MeO-DMT.  The source of the information is also shown in brackets after each plant/animal, linking to the references below.  The DMT Nexus site provides a very good comprehensive list of all the plants that have 5-MeO-DMT and this can be found by following this LINK: 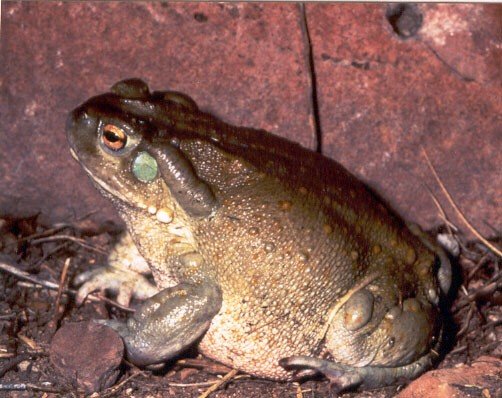 not all toads are bufo alvarius ...... do not lick toads
on the off-chance!!

Animals in the family Bufonidae

Plants of the Euodia family

Plants of the Fabaceae family

Plants of the Malpighiaceae family

Plants of the Mimosaceae family 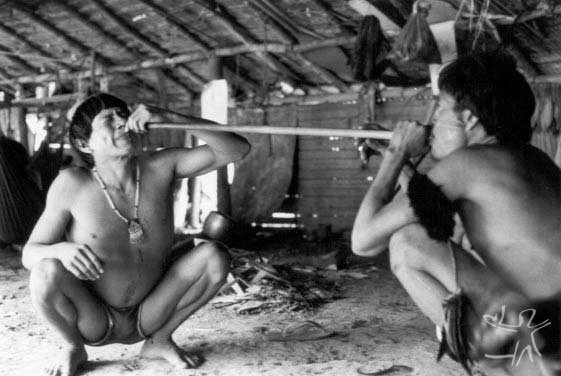 Plants of the Myristicaceae family

Plants of the Ochnaceae family

Plants of the Poaceae family

Plants from the Rutaceae family 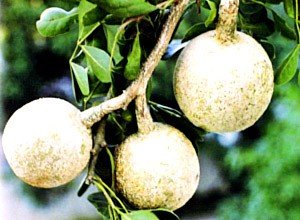 Rutaceae, commonly known as the rue or citrus family, is a family of flowering plants, usually placed in the order Sapindales.  The most economically important genus in the family is Citrus, which includes the orange (C. sinensis), lemon (C. × limon), grapefruit (C. paradisi), and lime (various, mostly C. aurantifolia, the key lime).  All the information about 5-MeO-DMT containing plants came from Christian Ratsch's book

Plants of the Umbellularia family 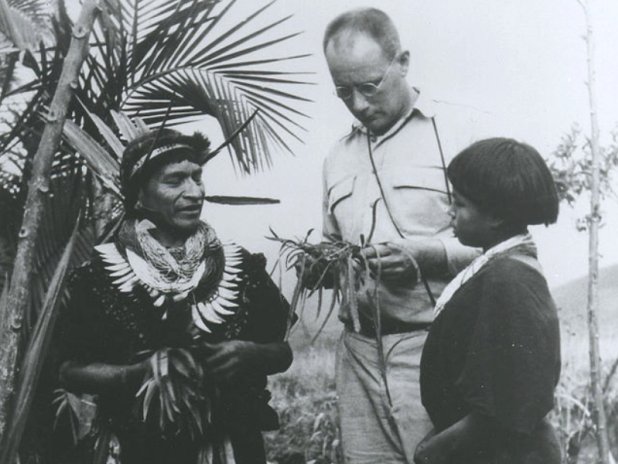 Pointers only.  Better to use EROWID for the full details and more examples of use.

Well over 350 people have sent in case reports to EROWID, only a small significant sample has been selected for this site.

Wikipedia
When used as a drug in its purified form, 5-MeO-DMT is smoked, insufflated, or injected and is active at a dose of as little as 2 mg. 5-MeO-DMT is also active orally, when taken with a monoamine oxidase inhibitor, but according to numerous reports, the combination with MAOI is extremely unpleasant and has a 'strong body load'. According to the researcher Jonathan Ott, 5-MeO-DMT is active orally with doses over 30 mg without aid of an MAOI [sic].
The onset of effects occurs within seconds after smoking/injecting, or minutes after insufflating, and the experience is sometimes described as similar to a near-death experience. Peak effects last for approximately 5–10 minutes when smoked. When insufflated, the peak effects are considerably less intense, but last for 15–25 minutes on average.
Although similar in many respects to its close relatives DMT and bufotenin (5-OH-DMT), the effects are typically not as visual. Some users report experiencing no visual effects from it even at very high doses.
Some report the effects to be unpleasant causing nausea and the feeling of being "sat on by an elephant". 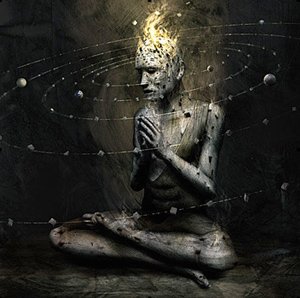 5-MeO-DMT is an ego buster.  But what if a person has no problems with their ego - they do not have ego inflation?  What if they are talented but unsure, quiet and introverted.

Then like psilocybin, perhaps even more so than psilocybin, this could be a killer mentally and physically.  It could lead to paranoia, depression, and brain damage on a major scale......... or worse.

….. Detection and quantitation was performed using liquid chromatography-electrospray mass spectrometry. The medical examiner ruled that the cause of death was hallucinogenic amine intoxication, and the manner of death was undetermined.  PMID:  16356341

Although there is an effect on receptors in the brain, at least some of the effects may be via the vasoconstriction experienced via serotonin.  Vasoconstriction will not only increase the blood pressure - hence the beating hearts of all those in the observations, but may also cause hypoxia - severe hypoxia, which is why some people die  - heart failure or brain death.  If not brain death then brain damage. 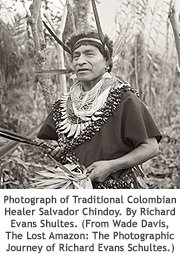 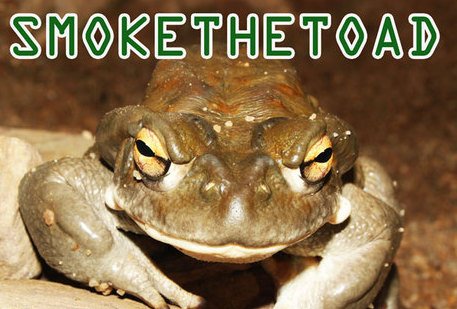