There is some evidence that Spencer had perfect perception recall.  In other words he was a mnemonist.

The key to making the switch from the prosaic impact of a down-to-earth experience into the majesty of an up-in-heaven comprehension lay in Stanley's use of memory/perceptions, and especially in his powerful episodic memory. The process would start by his quietly settling to see if he could bring to mind past experiences in which the feelings corresponded to those needed for the new project. He came to call these recollections his memory-feelings, and the procedure contemplation - the Spencerian equivalent of Wordsworth's emotion recollected in tranquillity. Being recalled from memory, they were eternal for Stanley (that is, he saw them as permanently available in his mind even if only recalled when needed.)

Sometimes Stanley's contemplation was sterile, or would offer only inept - what he called incompetent - memory-feelings, and he would complain bitterly of frustration. His recalled memory-feelings were truly effective when they replicated for him creative moments associated with aspects of love in his spiritual meaning.

When such contemplation generated apposite images, Stanley would record them as detailed pencil drawings, or sometimes as ink-and-wash sketches to test their compositional tonality. He left many thousands. If any did not convey quite the feeling he wished, he would set them by until more suitable examples cropped up. But on those he decided to use he would pencil a grid with a draughtsman's accuracy in readiness for enlarging it to a (usually) primed canvas either as the basis of a single painting or as a component in a composite work.

His mind worked so associatively that while keeping each memory-feeling clear-cut (eternal), it continually chain-linked them ……. when in 1938 he was approached to write his autobiography, he was adamant his book would have to take the form of a stream-of-consciousness …. He would allow nothing to be omitted or edited out, an uncompromising attitude which reflected his conviction that everything that had happened to him was linked, and that nothing of it could be stressed as more significant than any other. On that reef the publishing venture foundered. Stanley remained unabashed and impenitent.

Throughout his life Stanley's compositional procedure was remarkably consistent. Visionary projects were always studio-painted. Imagery drawn from perceptin would be adapted for the setting of the picture, and would normally reproduce a location where Stanley had undergone the experience …. In his early visionary paintings, the chosen setting was often painted with considerable exactitude, at times almost like one of his observed landscapes. This would be so even when he was only a short walk from the location he was using to set his scene. Sometimes he would go to the location afterwards and pride himself on how accurate his recall had been. But in adapting the perception for his purpose in the quiet of his studio, subtle differences in perspective and emphasis would occur. Sometimes he would add associative details from other locations if he thought them relevant. 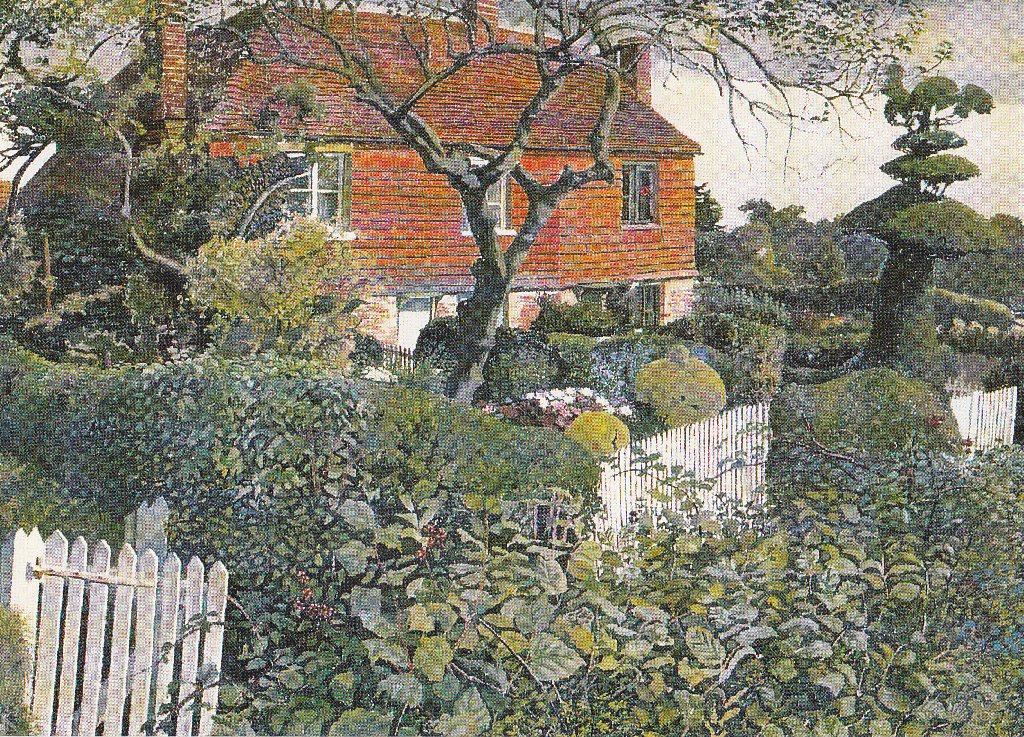