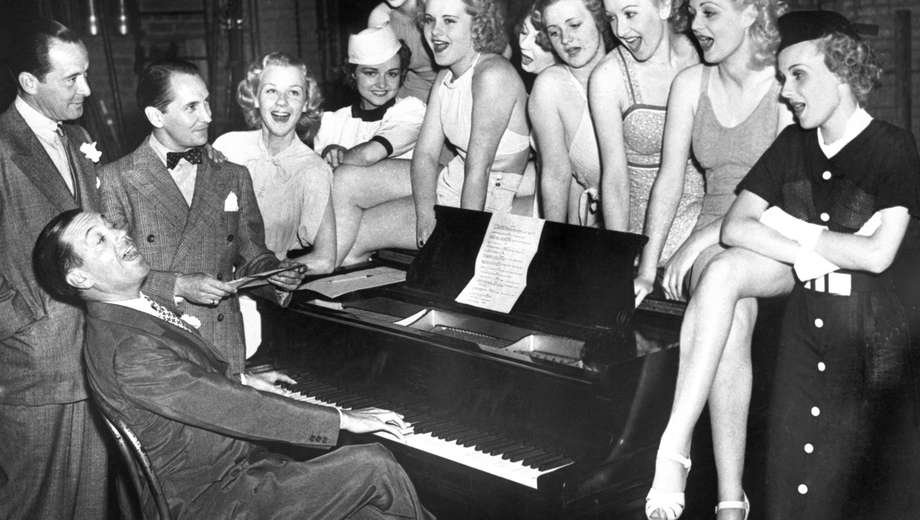 At the age of 36, Porter reintroduced himself to Broadway in 1928 with the musical Paris, his first hit. It was commissioned by E. Ray Goetz at the instigation of Goetz's wife and the show's star, Irène Bordoni. She had wanted Rodgers and Hart to write the songs, but they were unavailable, and Porter's agent persuaded Goetz to hire Porter instead. In August 1928, Porter's work on the show was interrupted by the death of his father. He hurried back to Indiana to comfort his mother before returning to work. The songs for the show included "Let's Misbehave" and one of his best-known list songs, "Let's Do It", which was introduced by Bordoni and Arthur Margetson.  The show opened on Broadway on October 8, 1928.

The Porters did not attend the first night because Porter was in Paris supervising another show for which he had been commissioned, La Revue, at a nightclub. This was also a success, and, in Citron's phrase, Porter was finally "accepted into the upper echelon of Broadway songwriters".

We're all alone,
No chaperon
Can get our number,
The world's in slumber,
Let's misbehave!

There's something wild
About you, child,
That's so contagious,
Let's be outrageous,
Let's misbehave!

When Adam won Eve's hand,
He wouldn't stand
For teasin',
He didn't care about
Those apples out of season!

They say the Spring
Means just one thing
To little lovebirds;
We're not above birds,
Let's misbehave!

If you'd be just so sweet
And only meet
Your fate, dear,
'Twould be the great
Event of nineteen twenty eight,
Dear!
(scat)
Let's misbehave!

Wikipedia
The version by Irving Aaronson used in two Woody Allen films: at the opening and close of the 1972 film Everything You Always Wanted to Know About Sex* (*But Were Afraid to Ask), and at the close of the 1994 film Bullets Over Broadway. The song is featured in a prominent dance sequence by Christopher Walken in the Steve Martin musical Pennies From Heaven (1981). It also appears in the 1994 film Timecop. Most recently, it appeared in the 2013 film The Great Gatsby.