The Islamic concept of Taqwa is closely related to conscience. In the Qur’ān verses 2:197 & 22:37 Taqwa refers to "right conduct" or "piety", "guarding of oneself" or "guarding against evil".

Qur’ān verse 47:17 says that God is the ultimate source of the believer's taqwā which is not simply the product of individual will but requires inspiration from God. In Qur’ān verses 91:7–8, God the Almighty talks about how He has perfected the soul, the conscience and has taught it the wrong (fujūr) and right (taqwā). Hence, the awareness of vice and virtue is inherent in the soul, allowing it to be tested fairly in the life of this world and tried, held accountable on the day of judgment for responsibilities to God and all humans.

Qur’ān verse 49:13 states: "O humankind! We have created you out of male and female and constituted you into different groups and societies, so that you may come to know each other-the noblest of you, in the sight of God, are the ones possessing taqwā."

In Islam, according to eminent theologians such as Al-Ghazali, although events are ordained (and written by God in al-Lawh al-Mahfūz, the Preserved Tablet), humans possess free will to choose between wrong and right, and are thus responsible for their actions; the conscience being a dynamic personal connection to God enhanced by knowledge and practise of the Five Pillars of Islam, deeds of piety, repentance, self-discipline and prayer; and disintegrated and metaphorically covered in blackness through sinful acts

Qur’ān Sura 49. Surah al-Hujurat, 49:13 declares: "come to know each other, the noblest of you, in the sight of God, are the ones possessing taqwá". 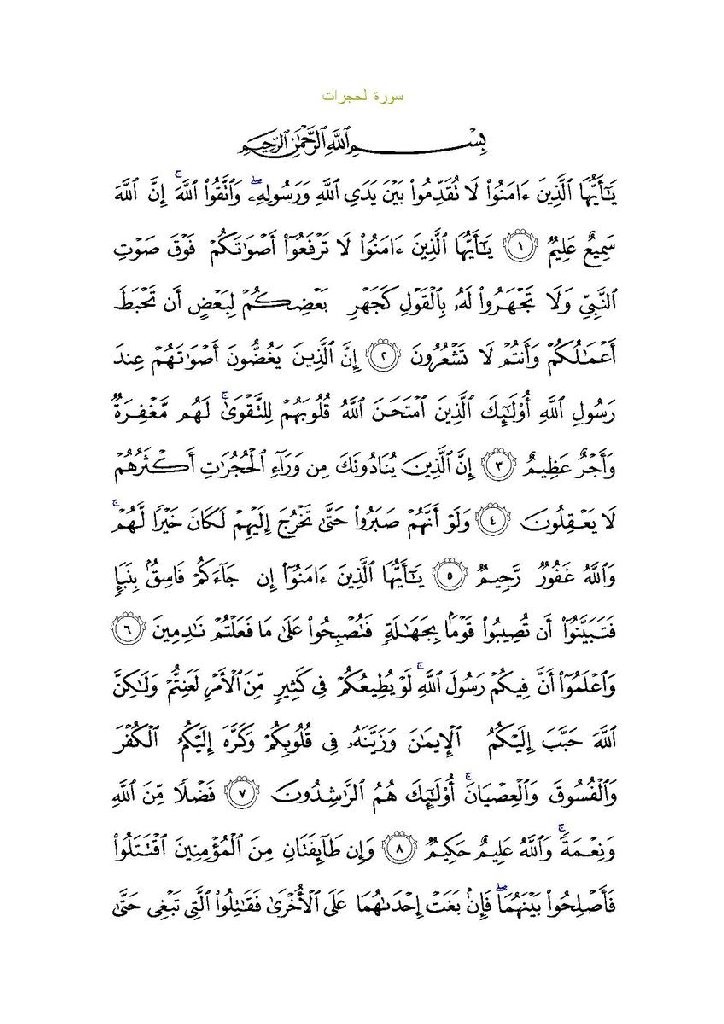