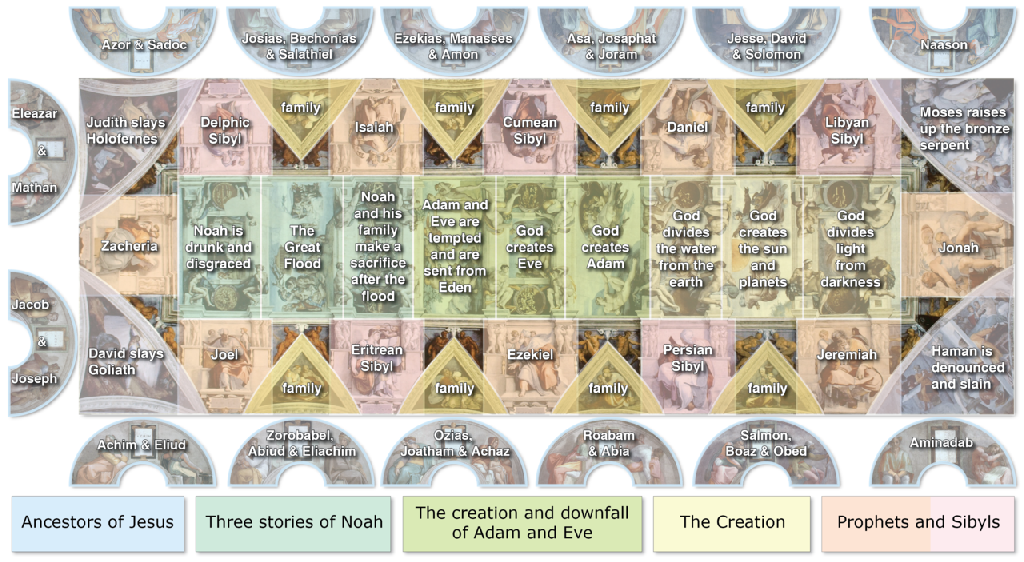 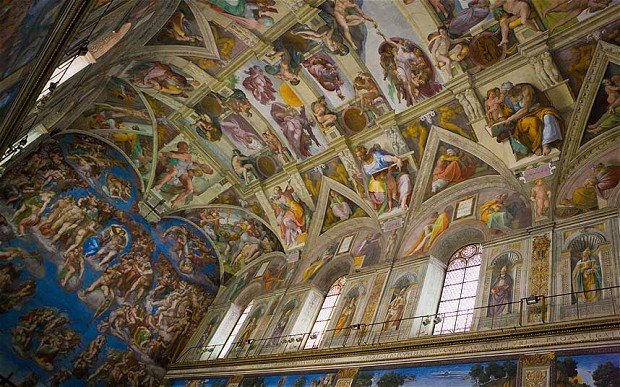 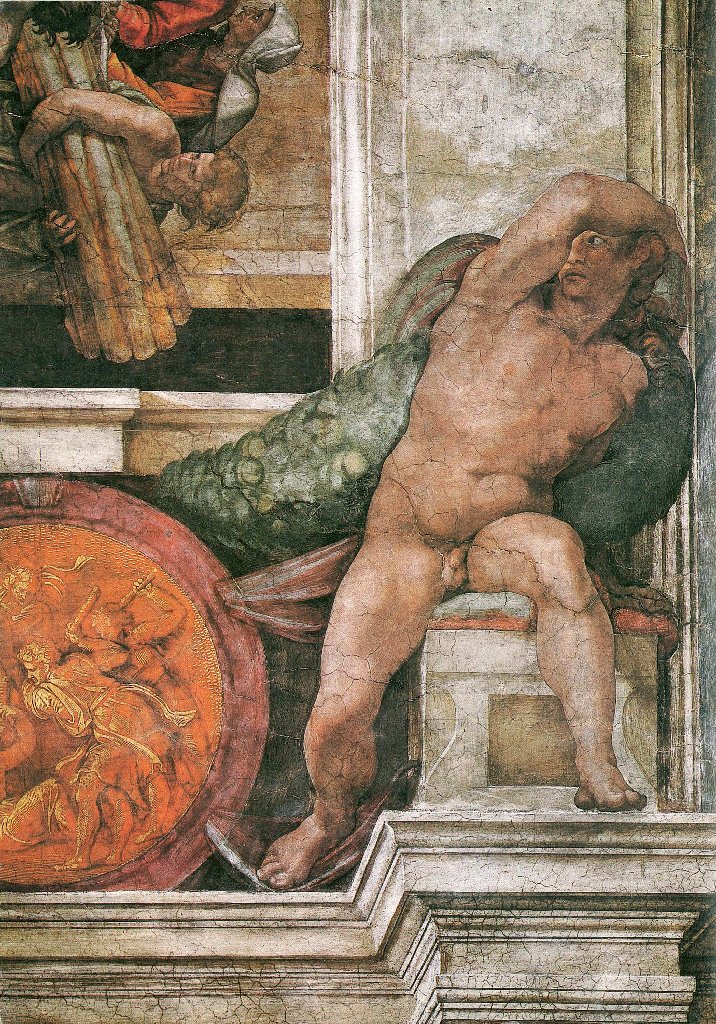 Michelangelo painted the ceiling of the Sistine Chapel; a fresco which took approximately four years to complete (1508–12).  Michelangelo was originally commissioned to paint the Twelve Apostles on the triangular pendentives that supported the ceiling, and to cover the central part of the ceiling with ornament.

Instead, Michelangelo persuaded Pope Julius to give him a free hand and proposed a different and more complex scheme, representing the Creation, the Fall of Man, the Promise of Salvation through the prophets, and the genealogy of Christ. The work is part of a larger scheme of decoration within the chapel that represents much of the doctrine of the Catholic Church.

The composition stretches over 500 square metres of ceiling and contains over 300 figures. At its centre are nine episodes from the Book of Genesis, divided into three groups: God's creation of the earth; God's creation of humankind and their fall from God's grace; and lastly, the state of humanity as represented by Noah and his family. On the pendentives supporting the ceiling are painted twelve men and women who prophesied the coming of Jesus, seven prophets of Israel, and five Sibyls, prophetic women of the Classical world.

Among the paintings on the ceiling are, for example The Creation of Adam, Adam and Eve in the Garden of Eden, the Deluge, the Prophet Jeremiah, and the Cumaean Sibyl. 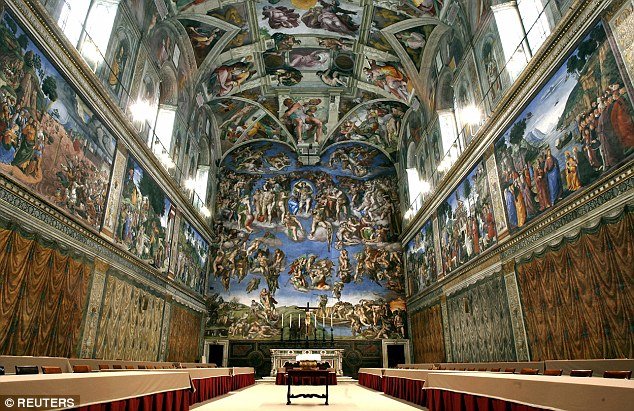 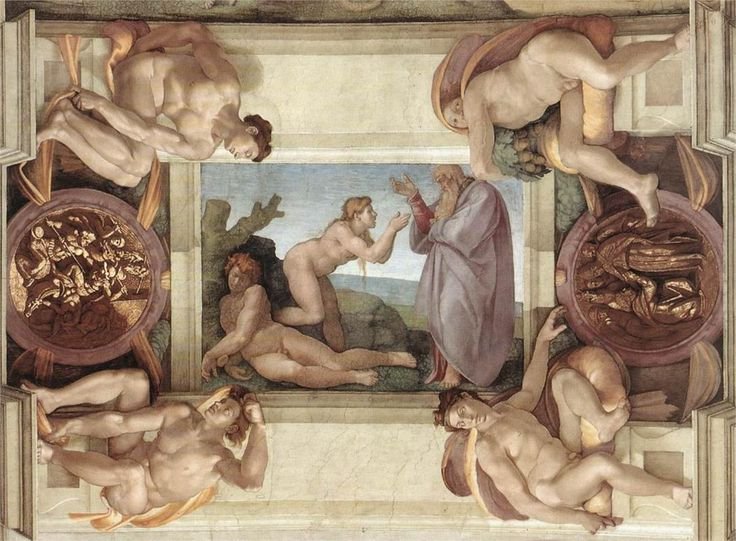