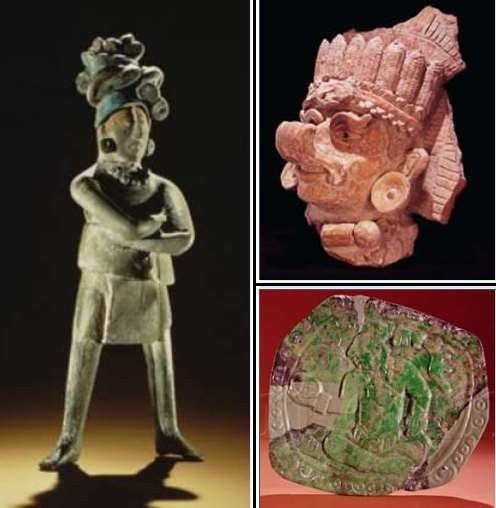 And when war befell their canyons and citadels, it was by means of their genius that the Lord Plumed Serpent and the Lord Noble Sweatbath blazed with power. Plumed Serpent became a true lord of genius:

On one occasion he would climb up to the sky; on another he would go down the road to Xibalba.

On another occasion he would be serpentine, becoming an actual serpent.

On yet another occasion he would make himself aquiline, and on another feline; he would become like an actual eagle or a jaguar in his appearance.

Truly his being was that of a lord of genius. All the other lords were fearful before him. The news spread; all the tribal lords heard about the existence of this lord of genius.

And this was the beginning and growth of the Quiche, when the Lord Plumed Serpent made the signs of greatness. His face was not forgotten by his grandsons and sons. He didn't do these things just so there would be one single lord, a being of genius, but they had the effect of humbling all the tribes when he did them. It was just his way of revealing himself, but because of it he became the sole head of the tribes.

This lord of genius named Plumed Serpent was in the fourth generation of lords; he was both Keeper of the Mat and Keeper of the Reception House Mat.