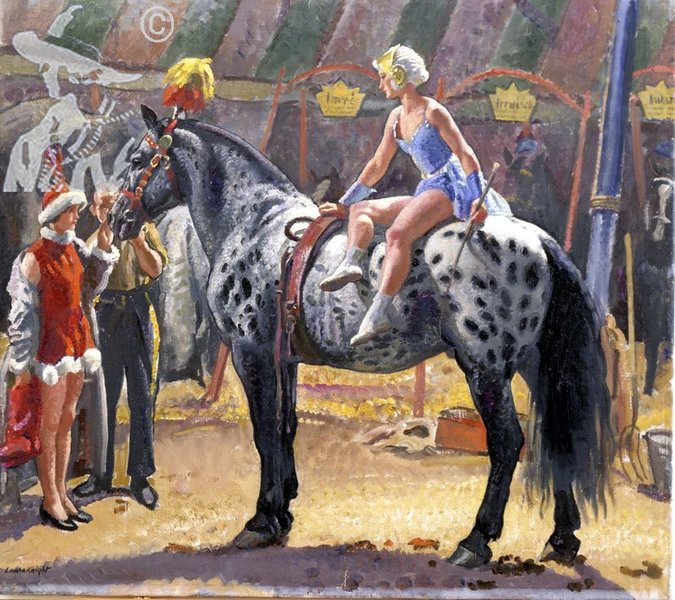 Circus is a very potent image in symbolism, as well as spiritualism.  The circus itself, the Big Top, the trapeze artists and even the animals were all once part of an attempt to maintain a set of ‘truths’ about spiritual experience in a memorable form.  Most of the great French artists, for example, incorporated circus motifs and painted circus scenes.

In the early 1920s Laura Knight visited the Bertram Mills Circus at Olympia in West London. Mills' circus was a highly polished show with internationally renowned performers. It also included just about every symbolic act - animal and performer -  there is.  Horses are symbolic, clowns are symbolic, lions are symbolic – and so on.

Knight painted some of these performers, such as the clown Whimsical Wilson, several times. Charivari or The Grand Parade [below in main description], exhibited at the Royal Academy in 1929, depicts practically the entire circus cast of performers and animals. 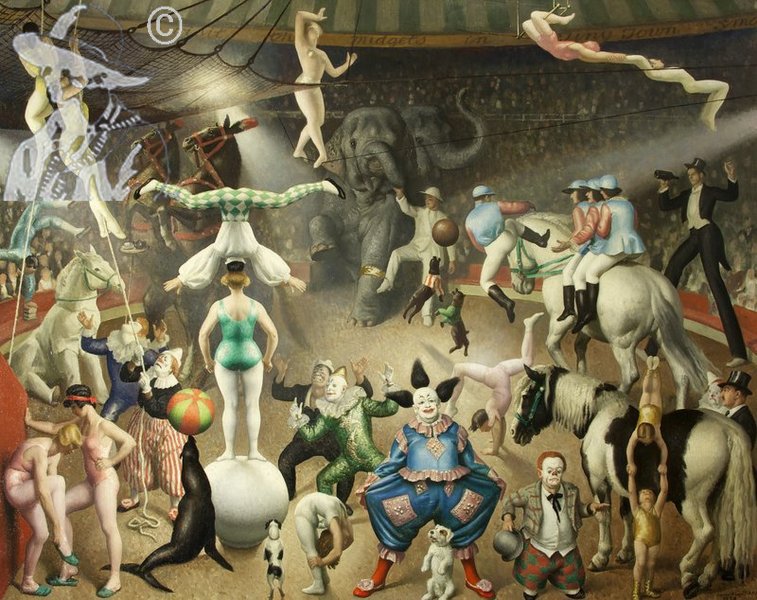 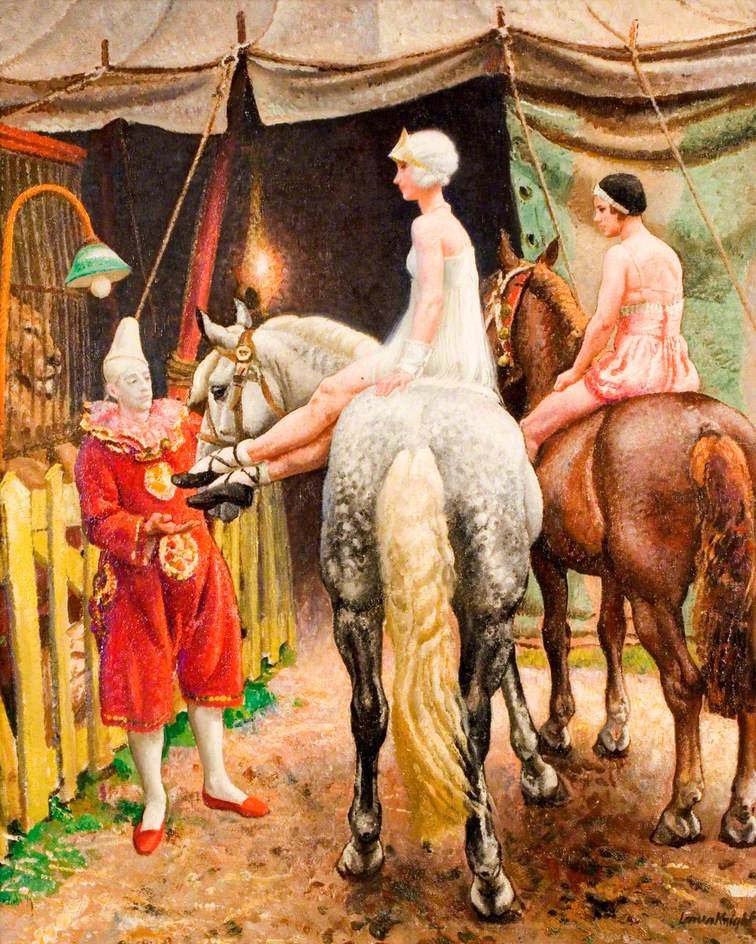