Hockney had his first one-man show when he was 26 in 1963, and by 1970 the Whitechapel Gallery in London had organized the first of several major retrospectives, which subsequently travelled to three European institutions. In 2004, he was included in the cross-generational Whitney Biennial, where his portraits appeared in a gallery with those of a younger artist he had inspired, Elizabeth Peyton.

In October 2006, the National Portrait Gallery in London organized one of the largest ever displays of Hockney's portraiture work, including 150 paintings, drawings, prints, sketchbooks, and photo collages from over five decades. The collection ranged from his earliest self-portraits to work he completed in 2005. Hockney assisted in displaying the works and the exhibition, which ran until January 2007, was one of the gallery's most successful. 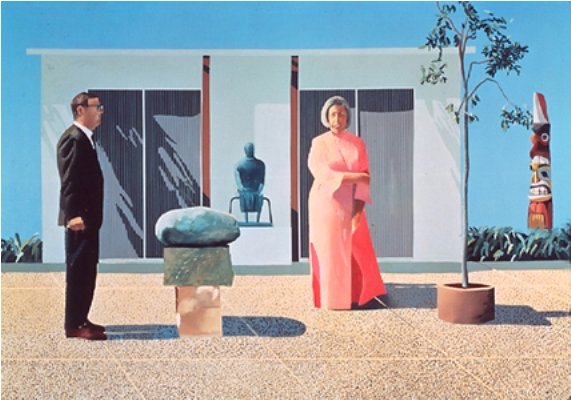