His A Bigger Grand Canyon, a series of 60 paintings that combined to produce one enormous picture, was bought by the National Gallery of Australia for $4.6 million.

Beverly Hills Housewife (1966–67), a 12-foot-long acrylic that depicts the collector Betty Freeman standing by her pool in a long hot-pink dress, sold for $7.9 million at Christie's in New York in 2008, the top lot of the sale and a record price for a Hockney. 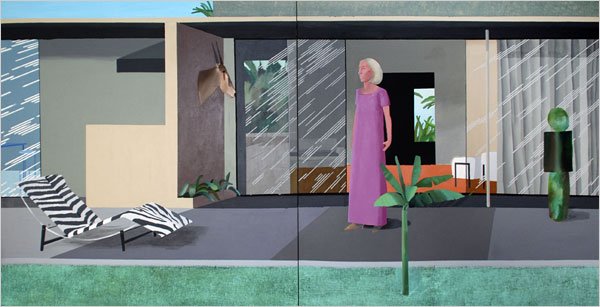