Hinton, Charles - What Is the Fourth Dimension – The threads of the loom

This is in part an attempt to explain angels, ghosts, and to a certain extent apporting.  Hinton explains first that if a four-dimensional [4D] object were to rest in space it would seem to us like a three dimensional [3D] one because that is all our perception system is geared to perceive.

But he also tackles the notion of ‘time’ by saying  “Why, then, should not the four-dimensional beings be ourselves, and our successive states the passing of them through the three-dimensional space to which our consciousness is confined?”

In other words, time is simply a record of the states we [and in fact everything else] have passed through, but the fourth dimension can thus keep a record of these states.

The observation also introduces the idea of the loom.  The threads of each object are its perceptions, which we do not ‘see’ but which exist in the fourth dimension. 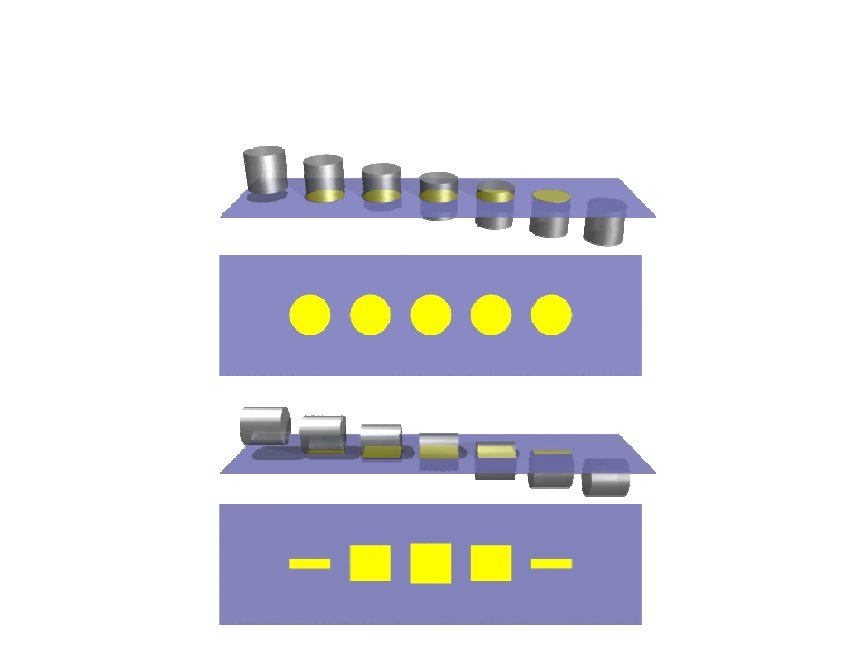 Having now passed in review some of the properties of four-dimensional figures, it remains to ask what relations beings in four dimensions, if they did exist, would have with us.

And in the first place, a being in four dimensions would have to us exactly the appearance of a being in space. A being in a plane would only know solid objects as two-dimensional figures--the shapes namely in which they intersected his plane. So if there were four-dimensional objects, we should only know them as solids--the solids, namely, in which they intersect our space. Why, then, should not the four-dimensional beings be ourselves, and our successive states the passing of them through the three-dimensional space to which our consciousness is confined?

Let us consider the question in more detail. And for the sake of simplicity transfer the problem to the case of three and two dimensions instead of four and three.

If the sheet of wax were to have the faculty of closing up behind the thread, what would appear in the sheet would be a moving hole.