Hinton, Charles - What Is the Fourth Dimension – An explanation for conservation of energy and a link with consciousness

Using the diagram we used for the explanation of apporting, we can see that the perceptions form the foundation of this system.  They form the warp of the matrix.  They are also most likely the 'tunnel' seen in NDEs.

The weft thread is the present moment - all that we 'see' - but the action of the analogous shuttle going across the weft, changes the states and location of the aggregates/entities.  Things don't actually move in space, the shuttle simply changes all the states and characteristics of each atom to give it the appearance of moving.  The aggregate/entity identifier holds all the atoms together as a unit, but the entity does not exist permanently materially.

For this hypothesis to work, the entities and aggregates have to exist outside time, outside the perceptions and the loom, and indeed those who have spiritual experiences do indeed recognise the experience of 'out of time'. 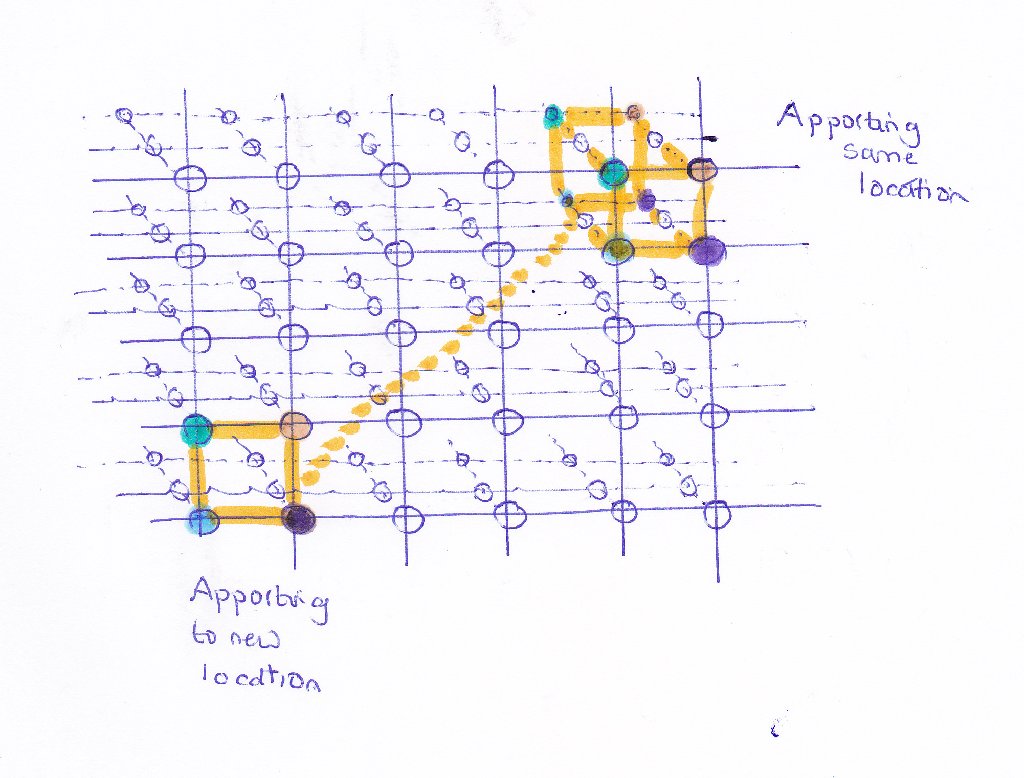 Note that Hinton introduces, almost as an afterthought - the possibility of the future existing within the same framework, so that not only past perceptions could be explored, but one could prophecy.

We can imagine these threads as weaving together to form connected shapes, each complete in itself, and these shapes as they pass through the fluid plane give rise to a series of moving points. Yet, inasmuch as the threads are supposed to form consistent shapes, the motion of the points would not be wholly random, but numbers of them would present the semblance of moving figures.

In the plane, then, we may conceive bodies with all the properties of a material system, moving and changing, possessing consciousness. After a while it may well be that one of them becomes so disassociated that it appears no longer as a unit, and its consciousness as such may be lost. But the threads of existence of such a figure are not broken, nor is the shape which gave it origin altered in any way. It has simply passed on to a distance from the plane. Thus nothing which existed in the conscious life on the plane would cease....................

It is needless to say that all the considerations that have been brought forward in regard to the possibility of the production of a system satisfying the conditions of materiality by the passing of threads through a fluid plane, holds good with regard to a four-dimensional existence passing through a three-dimensional space.

Each part of the ampler existence which passed through our space would seem perfectly limited to us. We should have no indication of the permanence of its existence.

Were such a thought adopted, we should have to imagine some stupendous whole, wherein all that has ever come into being or will come co-exists, which passing slowly on, leaves in this flickering consciousness of ours, limited to a narrow space and a single moment, a tumultuous record of changes and vicissitudes that are but to us.

Change and movement seem as if they were all that existed. But the appearance of them would be due merely to the momentary passing through our consciousness of ever existing realities.

Matrix, the
Prophecy - how it works