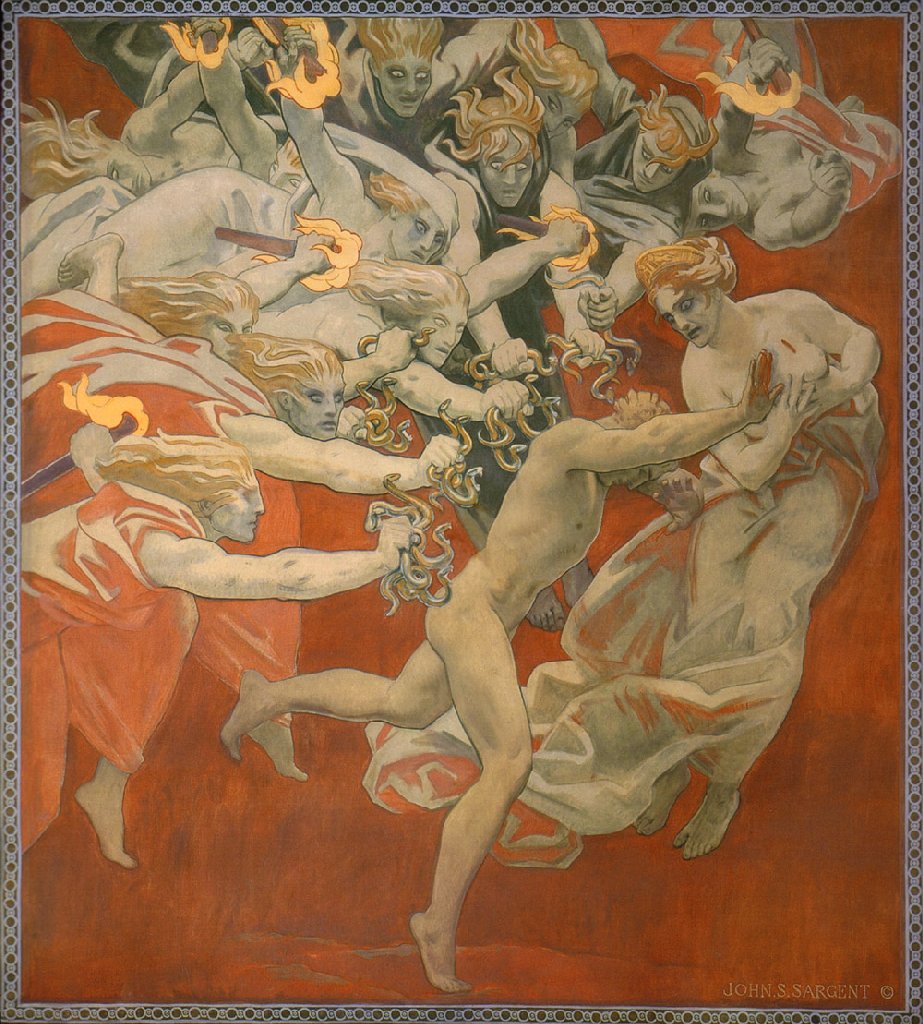 (ll. 207-210) But these sons whom be begot himself great Heaven used to call Titans (Strainers) in reproach, for he said that they strained and did presumptuously a fearful deed, and that vengeance for it would come afterwards.

(ll. 211-225) And Night bare hateful Doom and black Fate and Death, and she bare Sleep and the tribe of Dreams. And again the goddess murky Night, though she lay with none, bare Blame and painful Woe, and the Hesperides who guard the rich, golden apples and the trees bearing fruit beyond glorious Ocean. Also she bare the Destinies and ruthless avenging Fates, Clotho and Lachesis and Atropos, who give men at their birth both evil and good to have, and they pursue the transgressions of men and of gods: and these goddesses never cease from their dread anger until they punish the sinner with a sore penalty. Also deadly Night bare Nemesis to afflict mortal men, and after her, Deceit and Friendship and hateful Age and hard-hearted Strife.

(ll. 226-232) But abhorred Strife bare painful Toil and Forgetfulness and Famine and tearful Sorrows, Fightings also, Battles, Murders, Manslaughters, Quarrels, Lying Words, Disputes, Lawlessness and Ruin, all of one nature, and Oath who most troubles men upon earth when anyone wilfully swears a false oath.

Apples and the apple tree
Moirae