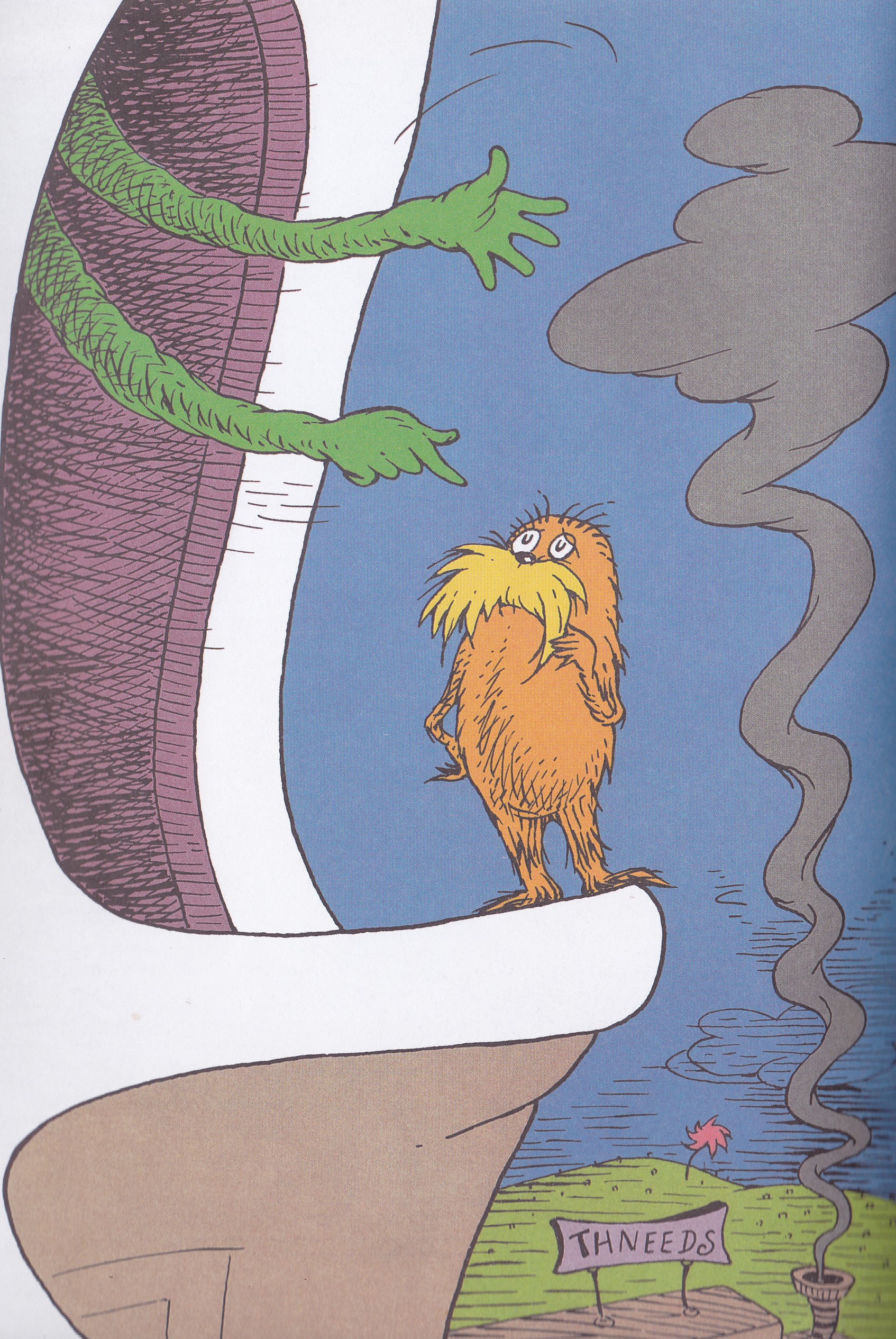 A boy living in a polluted town visits a strange isolated man called the Once-ler…. The boy pays the Once-ler fifteen cents, a nail, and the shell of a great-great-great grandfather snail to explain why the area is in such a run-down state. The Once-ler explains to the boy (shown in flashback) how he once arrived in a beautiful, pristine valley containing happy, playful fauna (Brown Bar-ba-loots, Swomee Swans, and Humming Fish) that spent their days romping around blissfully among "Truffula trees". The Once-ler proceeded to cut down the Truffula trees to gather raw material to knit "Thneeds," an invention of his, "which everyone needs". Except of course tey didn’t need it, they were persuaded they wanted it, and they then bought it, having been persuaded that Thneeds could be used as a shirt, a sock, a glove, a hat, a carpet, a pillow, a sheet, a curtain, a seat cover, and countless other things.

The Once-ler's small shop soon grew into a factory and new equipment was made to keep up with the demand for more Thneeds, and signs of damage to the Truffula Forest became evident to the Lorax. The Lorax first complained to the Once-ler that the Truffula trees, being chopped down, were also the food source of the Bar-ba-Loots, who are now facing a terrible food shortage and a disease called "the Crummies because of gas and no food in their tummies." To save them, the Lorax sent them off to find another food source. At first, the Once-ler only showed a little remorse, but still focused on expanding his business. 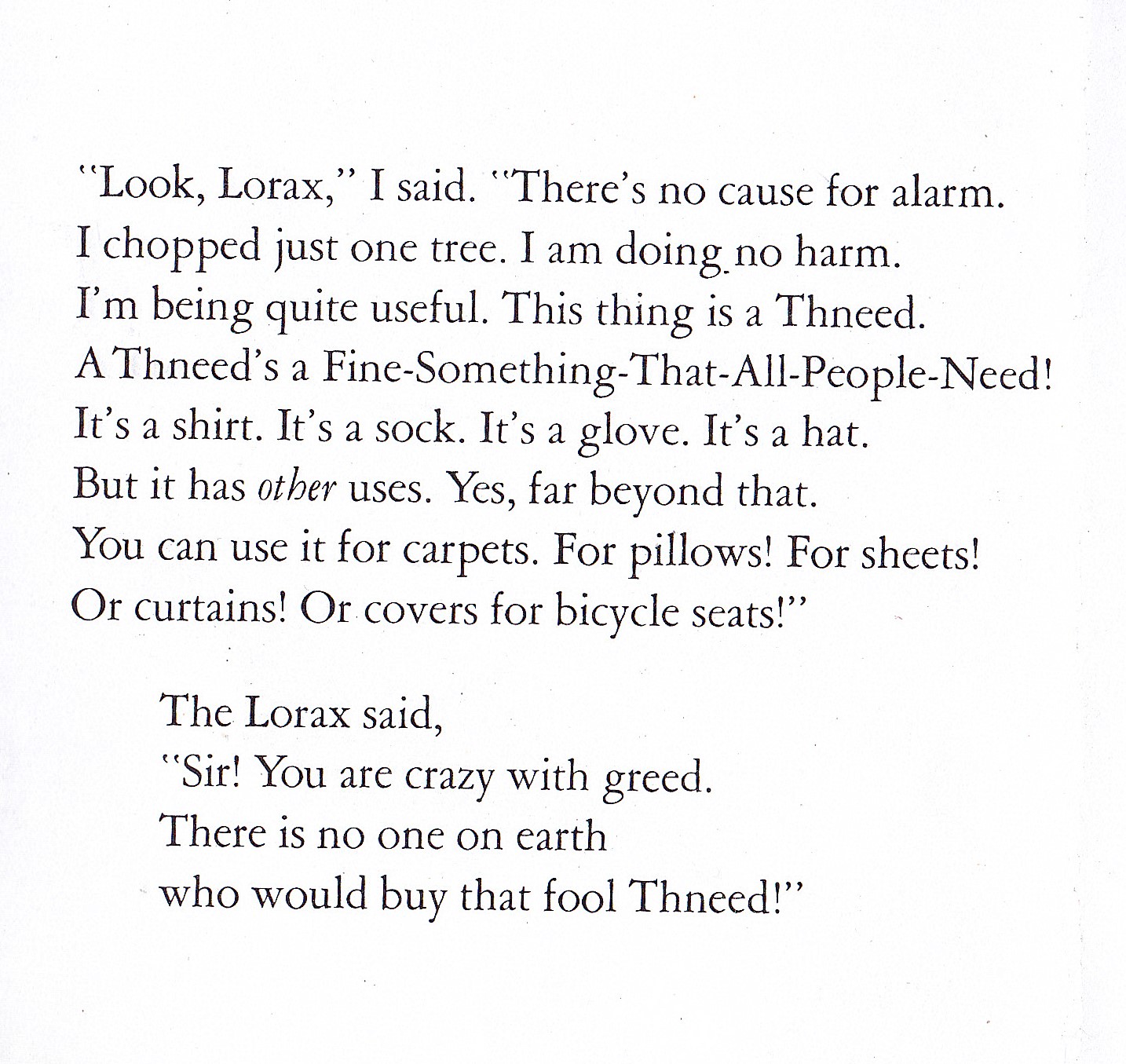 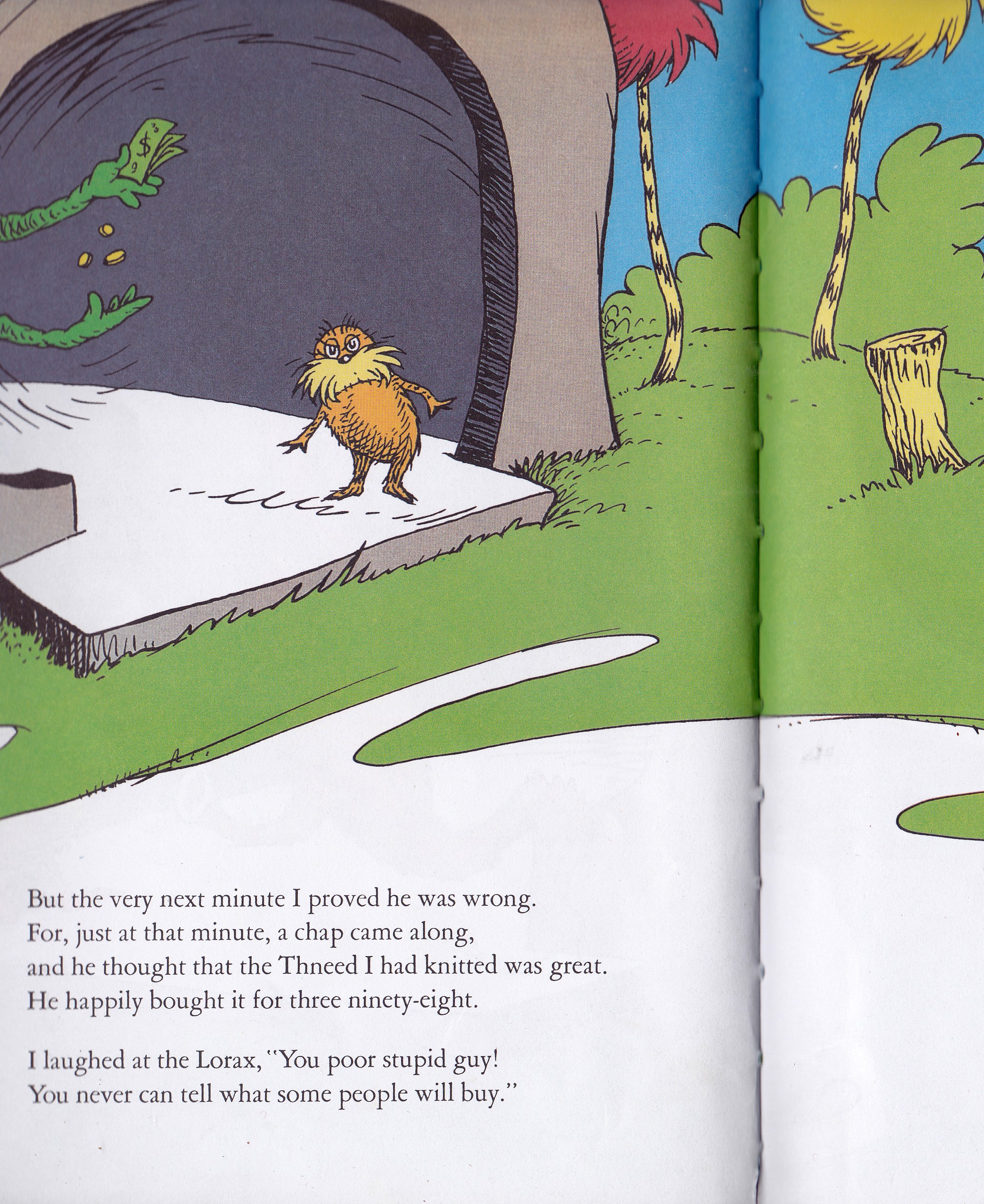