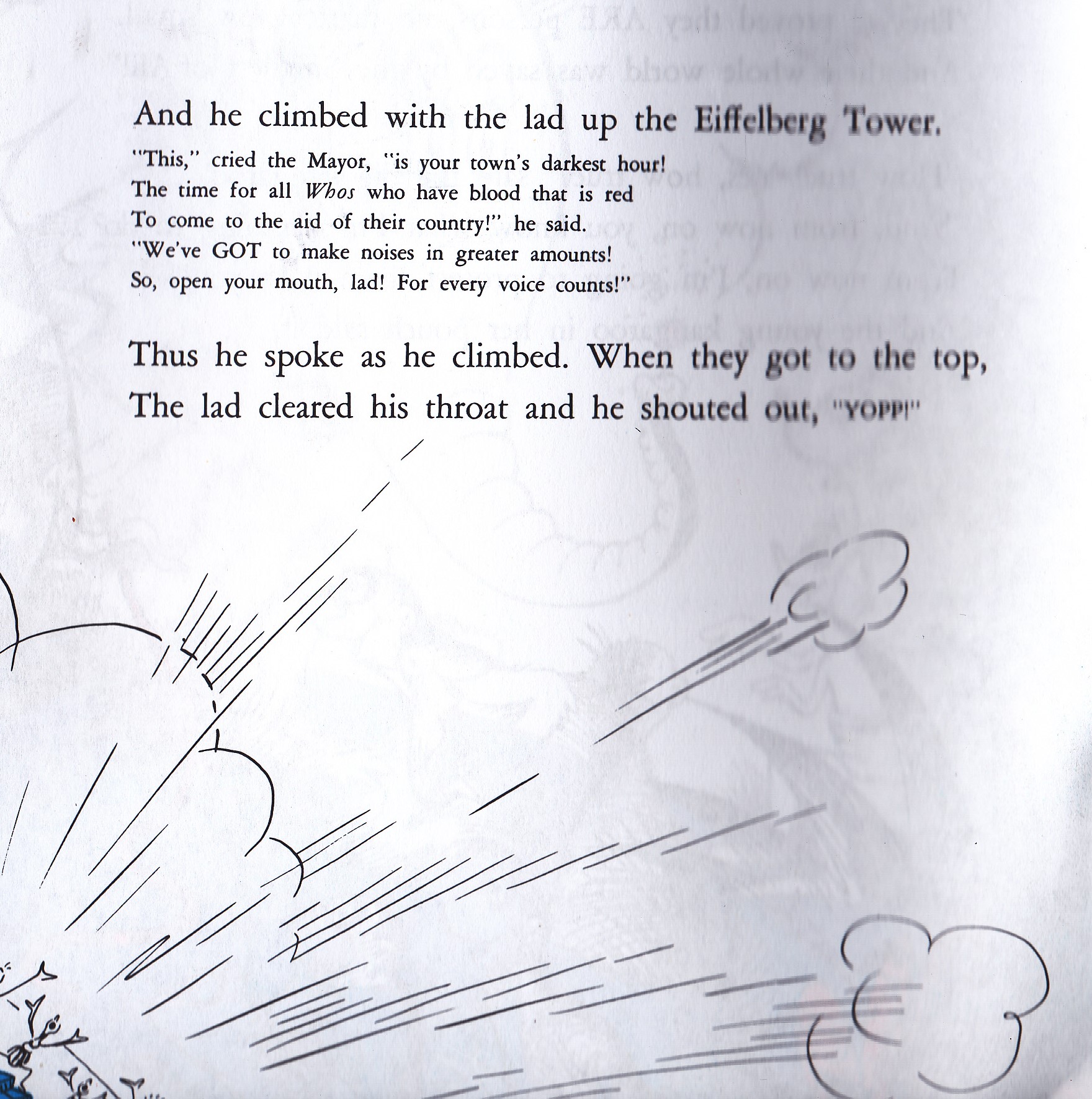 Throughout the book, Horton is trying to convince the Jungle of Nool that "A person is a person no matter how small" and that everyone should be treated equally. In his mission to protect the speck, Horton is ridiculed and harassed by the other animals in the jungle for believing in something they can't see or hear. He is first criticized by the sour kangaroo and her joey. The splash they make as they jump into the pool almost reaches the speck, so Horton decides to find somewhere safer for it. But the news of his odd new behavior spreads quickly, and he is soon harassed by a group of monkeys. They steal the clover from him and give it to Vlad Vladikoff, a black-bottomed eagle. Vlad flies the clover a long distance, with Horton in pursuit, until Vlad drops it into a field of clovers.

After a long search, Horton finally finds the clover with the speck on it. However, the Mayor informs him that Whoville, the town on the speck, is in bad shape from the fall, and Horton discovers that the sour kangaroo and the monkeys have caught up to him. They tie Horton up and threaten to boil the speck in a pot of "Beezle-Nut" oil. To save Whoville, Horton implores the little people to make as much noise as they can, to prove their existence. So almost everyone in Whoville shouts, sings, and plays instruments, but still no one but Horton can hear them. So the Mayor searches Whoville until he finds a very small shirker named JoJo, who is playing with a yo-yo instead of making noise. The Mayor carries him to the top of Eiffelberg Tower, where Jojo lets out a loud "Yopp!", which finally makes the kangaroo and the monkeys hear the Whos. Now convinced of the Whos' existence, the other jungle animals vow to help Horton protect the tiny community. 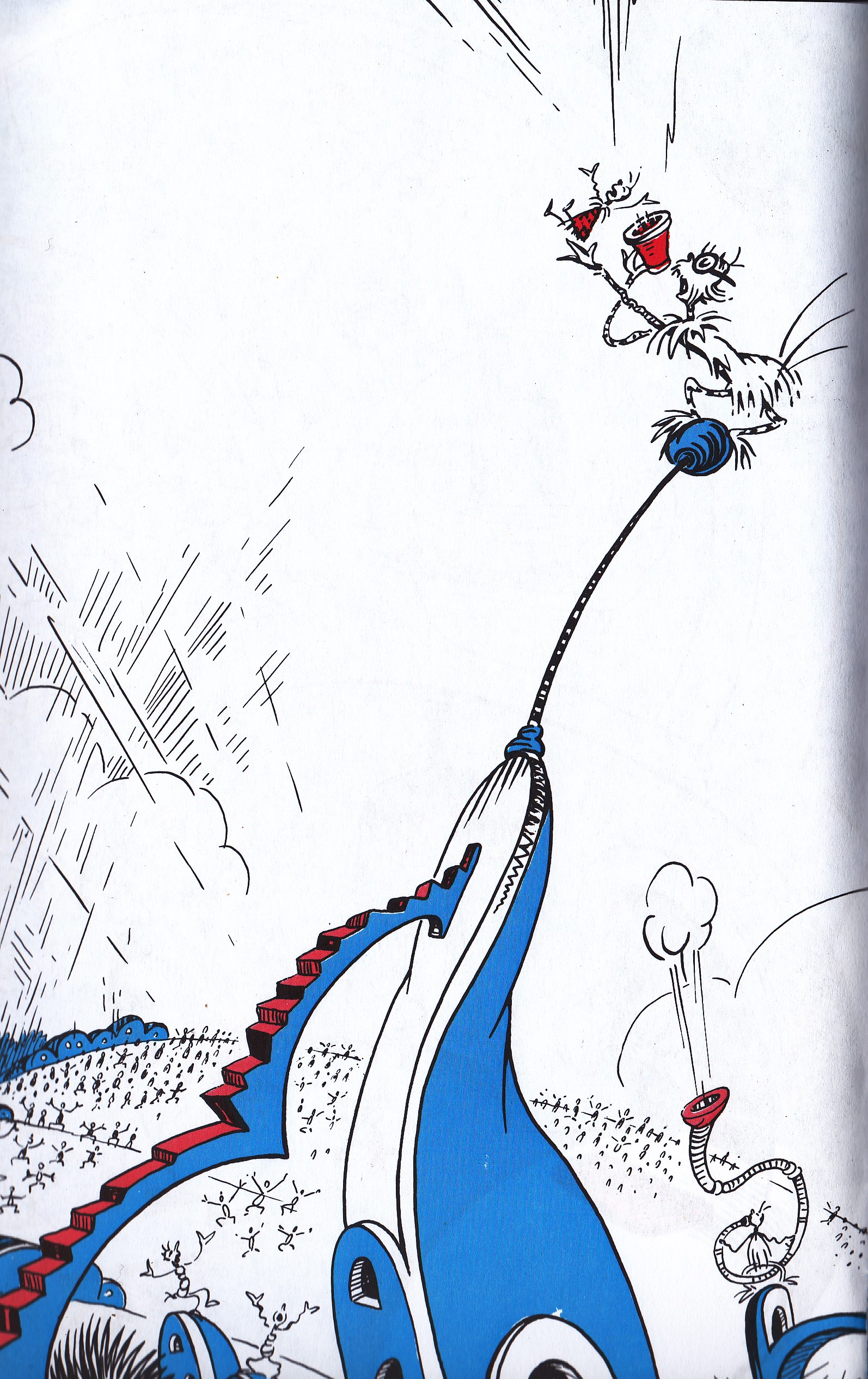