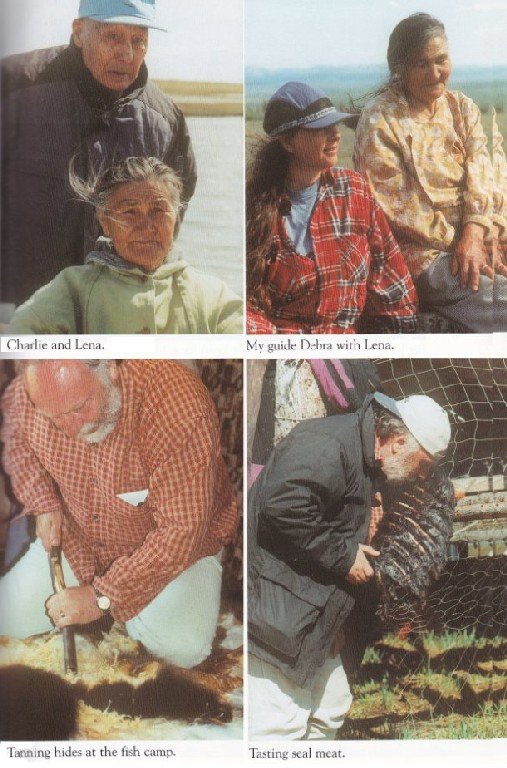 To understand something of the following healing, it may be helpful to know something about Brian.

Brian Keenan CBE (b. 1950 in Belfast, Northern Ireland) is an Irish writer.  On the morning of 11 April 1986 Keenan was kidnapped by Islamic Jihad. After spending two months in isolation, he was moved to a cell shared with the British journalist John McCarthy. He was kept blindfolded throughout most of his ordeal, and was chained hand and feet when he was taken out of solitary.

The British and American governments at the time had a policy that they would not negotiate with terrorists and Keenan was considered by some to have been ignored. Because he was travelling on both British and Irish passports, the Irish government made numerous diplomatic representations for his release, working closely with the Iranian government. Throughout the kidnap they also provided support to his two sisters, Elaine Spence and Brenda Gillham, who were spearheading the campaign for Brian's release. He was released from captivity to Syrian military forces on 24 August 1990 and was driven to Damascus. There he was handed over by the Syrian Foreign Ministry to the care of Irish Ambassador, Declan Connolly. His sisters were flown by Irish Government executive jet to Damascus to meet him and bring him home to Northern Ireland. He now lives in Dublin.

I sat, as oblivious as the stone that supported me, while Debra's hand searched and manipulated my back. We said nothing to each other. Then she stopped and walked round to my side where I could see her. She spoke softly but matter of factly, explaining that she had been doing much 'travelling' in the spirit realm, consulting with her advisers about me and this trip. There were certain things she could not ask as she had not been given permission, and there were many things she didn't know as she had been unsure about what I sought from her.

She now understood my back pain, but it was worse than she had speculated. I looked at her, my curiosity and fear levels shooting up several points. She read my anxiety instantaneously, though I was sure my features had not changed in any way. I was still half entranced by the supernatural magic of the place.

'Do not worry,' Debra said. 'l can help you and take this thing away from you and you will feel no pain. Do you still want me to continue?'

She was not so much asking me as reassuring me, so I nodded and answered, 'Do what you have to.'

She looked at me for a moment, then explained that what she diagnosed was that my back was covered in scales. They were not scales such as you find on a fish. They were huge, and they had been growing on me for many, many years. Many of them protruded up and out like porcupine quills, only much larger; others were large, solid formations the shape of shark fins, only bigger and thicker, like a dinosaur's skin. I looked at her, beginning to feel a mixture of fear and shame at the hideous creature she had seen. Again, she must have read my thoughts.

'Do not let this worry you. This has been your armour for many, many years, even since childhood. It has protected you and kept you safe. It has made you strong and unafraid. But the dinosaurs have gone away now and your dinosaur must go too. You do not need it now. It is old and burdensome. But maybe you do not want to let it go. This is what is causing your pain. You must let this go or it will get heavier and more hurtful. I can take this from you. You must not be afraid.'

There was the smallest flicker of a smile on Debra's face and then she was gone again behind my back.

I sat breathlessly, trying to cope with what I had been told.

Then I heard a voice behind me mumble something. It was an incredibly old voice and it sounded very unearthly. Slowly, the sound and the cry of the ancient hag's voice rose in tempo. This primordial thing behind me was wailing and moaning. The pain of this being reverberated inside me. The anguish that was semaphoring behind me was almost unendurable. I couldn't have turned to look at this thing even if I'd wanted to. Something was happening inside me and behind me that held me where I sat.

The power of it immobilized me. I didn't experience any fear, only that awful pain associated with what was happening behind me.

Then Debra's hands were on my back - strong, muscular hands.

I could feel her making ripping gestures and sighing with the effort. Then she was tearing and wrenching. The voice I could now hear was not the voice I had heard only moments ago. This was Debra's voice, straining with effort and moaning with pain and exhaustion. It was dreadful, and I could barely endure it.

Great sighs of relief and sympathy sounded up from within me.

Tears flooded out of me, though I felt no pain. For the next twenty minutes or more Debra invisibly flayed me. Towards the end of this bloody work I could still hear the incredible strain in her voice. She was almost screaming. There was no other living soul to witness her pain and I could do nothing but sit there stunned and endure the psychic recoil coming off it.

Then it was over. I could sense Debra standing behind me, her hands resting heavily on my shoulders.

'lt's finished,' she said in a quavering voice. I could feel the whole weight of her body leaning on me. Then she pulled back and I stood up.

'Are you okay?' I could only ask, my voice low with anxiety.

'Yes, yes,' she answered. 'Now, go and do whatever you have to do. I need to go away for a few minutes to do something.' And with that she walked off.

Respect, courtesy, apprehension and confusion washed over me and I walked off in the opposite direction, nor daring to let my eyes follow her. I didn't know what I was expected to do. I possessed no well-defined spiritual understanding or ability to deal with what had just happened between us. I walked towards the shining emptiness where the sea and the sky met, hoping that maybe it would expunge all the conflicting emotions that were circling around me.

When I thought I was far enough away from that stone post on which I had been exorcized, I stopped. I remembered Debra's comments about the winds of the four quarters. For a few moments I stood and faced the polar extremes.

It was some kind of obeisance, and I let the winds of the north, south, east and west blow over me in turn. But there were no winds. I can recall only the constancy of a balmy breeze at every point of my salutation.

I waited for a moment after this rudimentary ritual, then walked back. Debra was already there and she asked me to sit again. I hunkered down on the stone and buried my head in my hands. Debra brushed me down with a handful of spruce telling me only that there were healing properties in the branches.

Everything had changed. All the unbearable tensions and agonizing distress were gone from me. Whatever had taken place on this stone, I was not the victim.