Bayard Taylor - Poems of the Orient – The Garden of Irem 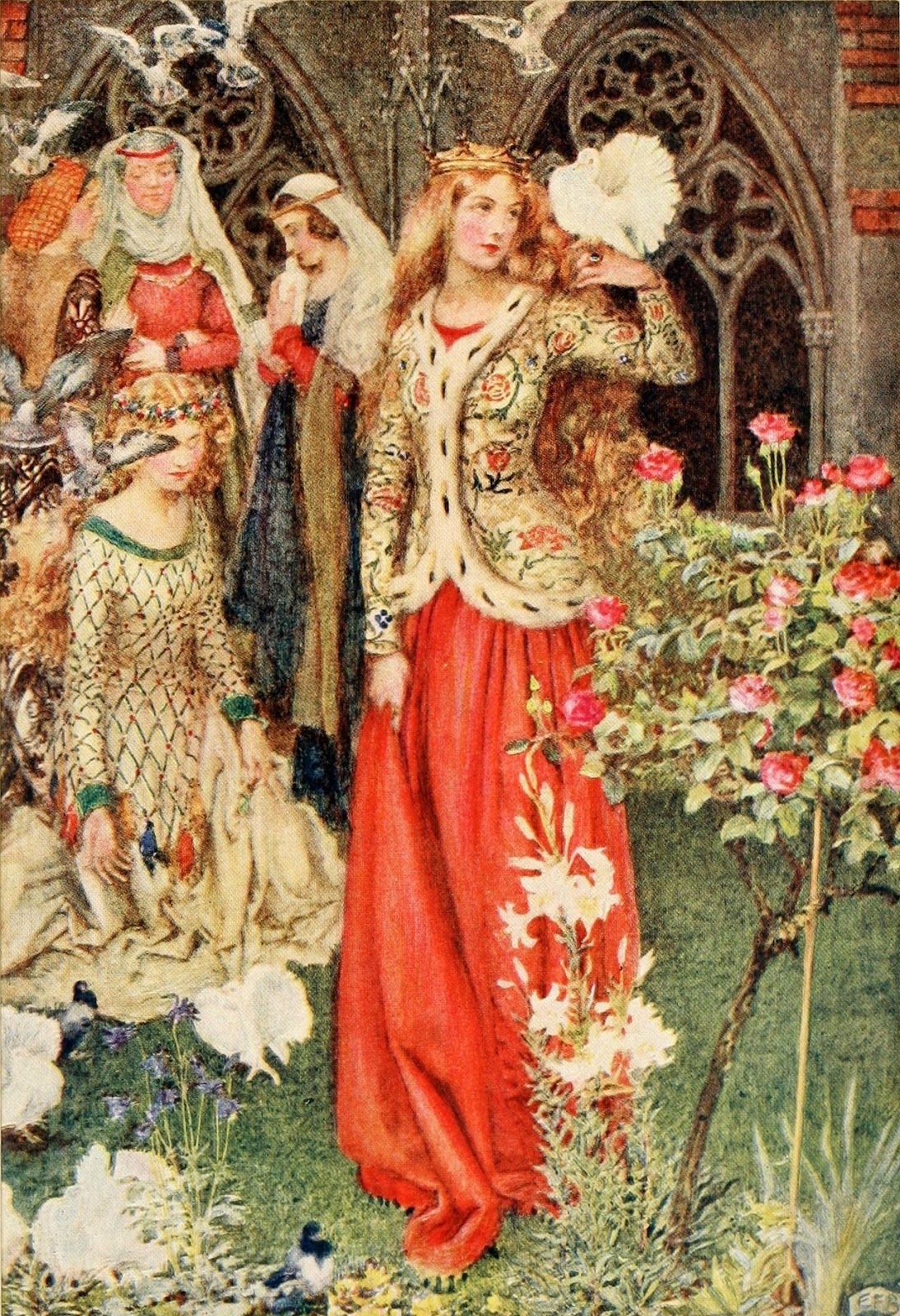 THE GARDEN OF IREM. 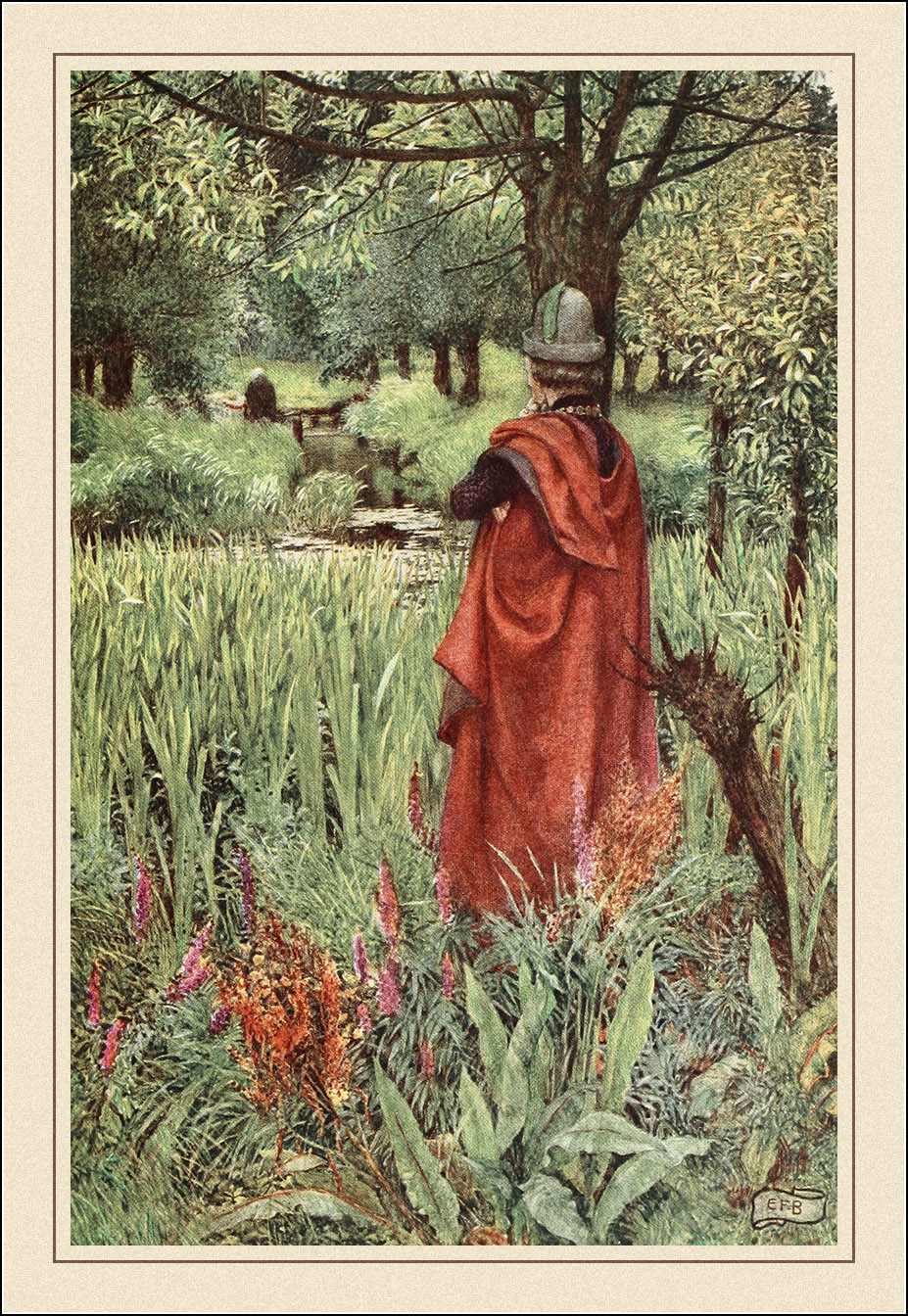 Have you seen the Garden of Irem ?
No mortal knoweth the road thereto.
Find me a path in the mists that gather
When the sunbeams scatter the morning dew,
And I will lead you thither.

Give me a key to the halls of the sun
When he goes behind the purple sea,
Or a wand to open the vaults that run
Down to the afrite-guarded treasures,
And I will open its doors to thee.

Who hath tasted its countless pleasures ?
Who hath breathed, in its winds of spice.
Raptures deeper than Paradise ?

Who hath trodden its ivory floors,
Where the fount drops pearl from a golden shell,
And heard the hinges of diamond doors
Swing to the music of Israfel ?

Its roses blossom, its palms arise,
By the phantom stream that flows so fair
Under the Desert's burning skies.
Can you reach that flood, can you drink its tide,
Can you swim its waves to the farther side,
Your feet may enter there.

I have seen the Grarden of Irem.
I found it, but sought it not :
Without a path, without a guide,
I found the enchanted spot :
Without a key its golden gate stood wide.

I was young, and strong, and bold, and free
As the milk-white foal of the Nedjidee,
And the blood in my veins was like sap of the vine,
That stirs, and mounts, and will not stop
Till the breathing blossoms that bring the wine
Have drained its balm to the last sweet drop.

Lance and barb were all I knew.
Till deep in the Desert the spot I found.
Where the marvellous gates of Irem threw
Their splendors over an unknown ground.
Mine were the pearl and ivory floors.
Mine the music of diamond doors.
Turning each on a newer glory :
Mine were the roses whose bloom outran
The spring-time beauty of Gulistan,
And the fabulous flowers of Persian story.

Mine were the palms of silver stems,
And blazing emerald for diadems ;
The fretted arch and the gossamer wreath,
So light and frail you feared to breathe ;
Yet o'er them rested the pendent spars
Of domes bespangled with silver stars,
And crusted gems of rare adorning :
And ever higher, like  shaft of fire,
The lessening links of the golden spire
Flamed in the myriad-colored morning !

Like one who lies on the marble lip
Of the blessed bath in a tranquil rest,
And stirs not even a finger's tip
Lest the beatific dream should slip,
So did I lie in Irem's breast.

Sweeter than Life and stronger than Death
Was every draught of that blissful breath ;
Warmer than Summer came its glow
To the youthful heart in a mighty flood.
And sent its bold add generous blood
To water the world in its onward flow.

There, where the Garden of Irem lies.
Are the roots of the Tree of Paradise,
And happy are they who sit below.
When into this world of Strife and Death
The blossoms are shaken by Allah's breath.