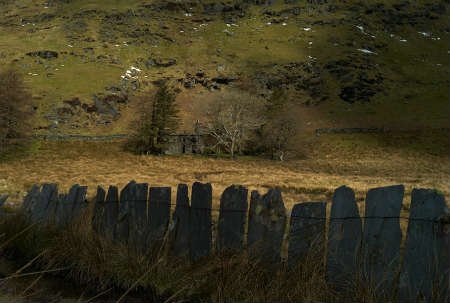 A barrier or boundary in the spiritual world is the protective boundary between levels and layers and their sub-levels of vibrational energy or between cells in the Matrix.

Both barriers and boundaries are a security device, similar in operation to a computer firewall.  In visions and hallucinations or dreams, the person will come across an impenetrable boundary which can only be passed using the portal provided.  But these portals may be closed or have guardians or simply appear to be impassable.

The term used in computer technology to denote a protective boundary is called a firewall.  A firewall is

“a part of a computer system or network that is designed to block unauthorized access while permitting outward communication. It is also a device or set of devices configured to permit, deny, encrypt, decrypt, or proxy all computer traffic between different security domains based upon a set of rules and other criteria.

Firewalls can be implemented in both hardware and software, or a combination of both. Firewalls are frequently used to prevent unauthorized Internet users from accessing private networks connected to the Internet, especially intranets. All messages entering or leaving the intranet pass through the firewall, which examines each message and blocks those that do not meet the specified security criteria”

I’m a bit worried the analogy is more complex than the reality that people will face if they travel in the spiritual realm but the concept is sound.  If you use a computer, a firewall prevents you from going in areas of a computer system or network that you are not allowed to.  Thus a boundary within the spiritual world does the equivalent thing.  In a way, you become the spiritual equivalent of a message in computer networks. The firewall in the spiritual realm prevents you from going to places you are not allowed to access without permission.  Sometimes you need a key, sometimes you need a guide, sometimes you need a password.  And the easiest way to cross the firewall – the boundary is by using the portal provided– a door or bridge which itself may have a guardian.

The types of boundary

You can go up and down in the spiritual realm and you can go horizontally across ‘cells’.  Horizontal travel can be accomplished at each of the levels and layers that go to make up the Egg, so you can travel horizontally at the vibrational levels of Fire, Air, Water and Earth and Aether levels.

The type of barrier or boundary seen depends on the level.

The type of barrier seen is thus dependent on the direction of travel.

Far more types of boundary exist on the horizontal level, as all the possible boundaries found in our landscape are used symbolically, so you can find hedges, fences, walls, chasms and valleys.  In symbolic forests, people have also seen the forest as the barrier with the cell like the clearing made to prevent fires spreading.  Thus we then have a specially constructed and very secure ‘cell’ in the matrix shown to us as a woodland clearing.

In computing, the term "firewall" was borrowed.  It originally meant a wall to confine a fire or potential fire within a building. Later uses refer to similar structures, such as the metal sheet separating the engine compartment of a vehicle or aircraft from the passenger compartment.  And a boundary in the spiritual realm can be seen as metal wall or a metal fence.

I have provided a separate section on the means of entry at each level, see the Portal -  but briefly whereas the borders of each cell in the matrix at each level is accessible by gates or doors or bridges, as you go up and down the levels you cross other symbolic ‘barriers’ pierced by funnels, vortexes and tunnels.