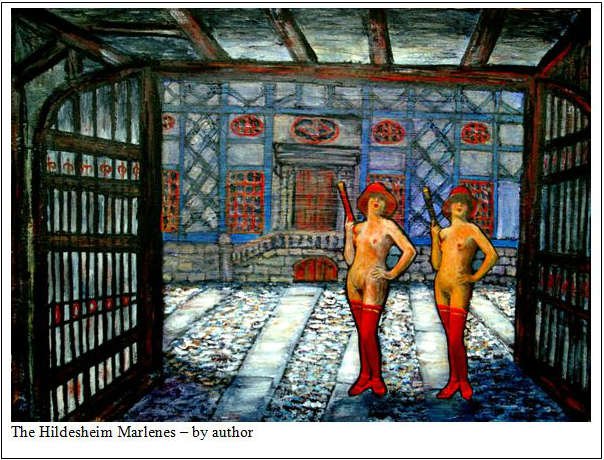 The symbolism of the twin is not at all straightforward, nor is it consistently applied.  I will give you as many meanings as I have been able to deduce

Contrast - the Twins, if shown as looking alike but perhaps dark and light or different colours are symbolically representing the concept of the contrast through which the universe was created and by which it operates.

Higher spirit/Soul - when applied to a human being, the symbolism can mean the Higher spirit [immortal soul] coupled with the Soul [mortal soul].  This symbolism is employed in the Greek twins Castor and Pollux.  Here the twins often do look like one another with only slight difference to show one is immortal and the other mortal.

Conscious/Subconscious - again, when applied to a human being and where one twin is male and the other female, the meaning can be the split of the Mind into the Conscious and the Subconscious

A Dictionary of Symbols - J E Cirlot
A careful study of primitive traditions and of the mythologies of the more advanced cultures has enabled us to draw the conclusion that most of them incorporate the symbol of the twins, such as the Vedic Asvins, Mitra and Varuna, Liber and Libera, Romulus and Remus, Isis and Osiris, Apollo and Artemis, Castor and Pollux, Amphion and Zethus or Arion and Orion... they are always mythic beings born of an immortal father and a mortal mother... The twin Indian Ashwins are depicted with one in light and the other in shadow, as if the chariot they draw is ever running along the borderline of dusk...
Most commonly one of the twins signifies the eternal side of man, the other twin indicates the mortal side, however, they also symbolise the counterbalancing principles of good and evil and hence the twins are occasionally portrayed as mortal enemies.  This is what lies behind the Egyptian myth of Osiris and Set and the Persian myth of Ahuramazda and Ahriman, as well as the Iriquois myth of Hawneyn and Hanegoasegeh and the Slav myth of Bielbog and Chernobog.

1 Adam knew his wife Eve intimately, and she conceived and bore Cain. She said, "I have had a male child with the LORD's help

2 Then she also gave birth to his brother Abel. Now Abel became a shepherd of a flock, but Cain cultivated the land.

3 In the course of time Cain presented some of the land's produce as an offering to the LORD.

4  And Abel also presented [an offering] — some of the firstborn of his flock and their fat portions. The Lord had regard for Abel and his offering,

5 but He did not have regard for Cain and his offering. Cain was furious, and he was downcast.

6  Then the LORD said to Cain, "Why are you furious? And why are you downcast? 7  If you do right, won't you be accepted? But if thou do not do right, sin is crouching at the door. Its desire is for you, but you must master it."

And while they were in the field, Cain attacked his brother Abel and killed him.