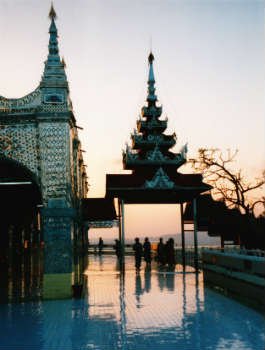 Stupas are a physical symbolic representation of the Cone.  They are yet another Cell in the Matrix.

They are generally used within the Buddhist system in much the same way that Pyramids were used within the Egyptian and other African systems.  The meaning is the same.  The buildings usually incorporate levels and layers that correspond with the levels and layers.  In the diagram below showing an example layout, the sun and moon are to be found at the pinnacle, there is a section for the Abyss, then all the levels below in the Aether level for the Intelligence hierarchy.

The 'Tree of life' is occasionally situated in the empty space inside the stupa. 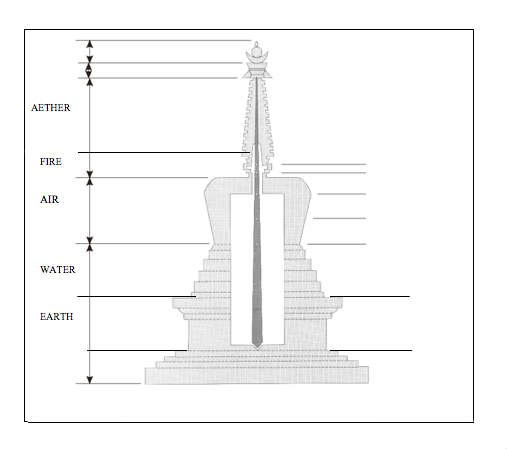