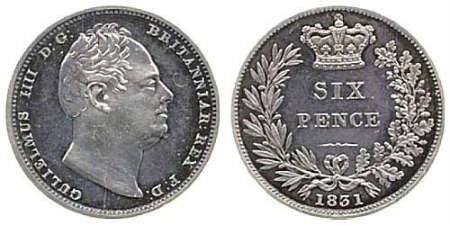 Sixpence is an old coin that was in circulation in the UK prior to decimalisation.  It was silver in colour and had a bevelled edge.  Its primary symbolism, however, derives from the number six.

It partly takes on coin symbolism in that it is also indicative of a balance having been achieved between 'heads' and 'tails'.  It also represents the Egg with its cones round the outside and the head of the ‘king’ in the centre.